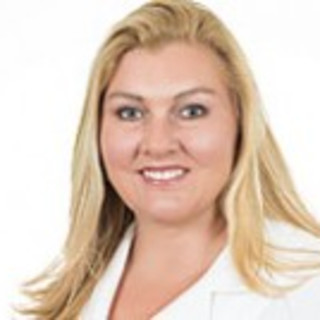 Heather Sher, MD • Radiology
May 21, 2018
Op-Med is a collection of original articles contributed by Doximity members.

Coach Mario looked me up and down. He looked at my father with a quizzical look as my dad stood beaming next to me.

I was dressed in a boy’s little league jersey and baseball pants like the rest of the eight-year old boys on the team. The only problem was that I was the only little girl who had signed up to play on the boy’s little league team that year — maybe ever. Coach Mario wasn’t having it, but he was trying his best to mask his outright disgust.

“She’s great,” my father reassured him. “She plays competitive tennis. She can whack that ball over the back fence like no one’s business.”

I stood behind my father feeling embarrassed. I was not sure at that moment why I had agreed to this plan. It had seemed like a good idea from the comforts of home, but now confronted with this skeptical, disapproving dad-turned-coach and a team full of unfamiliar little boys that I had not met — I was ready to make a beeline home to forget this horrible plan.

Coach Mario parked me in right field for the entire season. I didn’t see much action there, but I could bat as well as any boy as my father had promised. As a right fielder on a grade school little league team, I had a lot of time to watch butterflies and to pick a few dandelions.

Over the course of the season, I was gradually accepted by the boys as one of the pack. We joked, played, and had a great time. I never missed a game or a practice. The eight-year olds were certainly more malleable than the coach.

Finally one day, a kid from the other team smashed a high, hard-hit ball straight into the outfield. I looked up…ran towards the ball and felt the crisp smack right in the center of my glove securing the final “out” needed to win that game.

I stood there holding the ball in my mitt and grinned broadly at my dad who looked, quite frankly, elated as he beamed with pride from the metal bleachers.

Coach Mario ran to the field, lifted me from my feet, gave me a giant hug and yelled, “Atta girl! I thought there was no way you would catch that!”

I squirmed from his grasp, shook my head, and tried not to grimace. “Of course, I was going to catch it,” I thought.

Thirty nine years later as one of two female partners in a practice with eighteen radiologists in a field that is still only twenty-five percent women, I laugh at my father’s tactics. He has been gone for ten years now after a battle with ALS. But he had his ways of conveying to me that I was capable of doing anything that my heart desired and that gender was not a barrier for me in my goals, dreams, and future endeavors.

I don’t know that I would subject my own daughters to boys’ little league baseball, but my dad surely shaped my confidence in my own abilities and my world view through his unconventional antics. I miss my father, but he is still with me for the lessons like this one that he imparted.

To all of the little girls, you are powerful, capable, and deserving to have a seat at any table in sports, academics, and future career. Pursue you dreams and goals with vigor. You will find there is nothing that cannot be accomplished with hard work, perseverance, and commitment.