How Patients with Migraine Can Predict the Weather

Not only can weather trigger migraines, but some patients with migraine can predict the weather, according to new research presented at the 60th Annual Scientific Meeting for the American Headache Society.

Patients prone to episodic headache have long-complained that weather triggers symptoms, but the evidence linking the two has been largely mixed due to the fact that it’s not just one variable in isolation that triggers weather. More than likely, it’s multiple variables occurring together, says Dr. Vincent Martin, lead author of the research.

The retrospective cohort study used electronic headache diary data obtained from two past studies that were conducted in the St. Louis, MO metropolitan area. There were in total 218 participants. The group of researchers discovered that the combination of low-barometric pressure with falling barometric pressure above certain thresholds provokes a high risk of new onset headaches (NOH) in that subgroup of patients.

The exact opposite, high and rising barometric pressure, would trigger headaches in different patient populations. In other words, for a patient that was triggered by one threshold — either low and falling or high and rising — they would only respond to one or the other.

“It’s the first study to link up any weather changes that are provocative for migraine with actual high- and low-pressure systems, making these findings important,” said Dr. Martin, a leading expert on headache and weather. His team has published other weather-related studies in the past, including a study on lightning and headache.

“We didn’t know whether adding more than one variable to the model would make a difference — the answer is it does, which is the way that weather in general works,” said Dr. Martin.

Another aspect of the study that surprised him was that they were able to link up the models they created to actual weather maps.

“We found that if you take all the days that were provocative for a certain threshold, say low and falling barometic pressure, that would [correlate] with what was happening on weather,” said Dr. Martin. “What it means is certain patients can predict weather — patients for years have been saying it, doctors didn’t believe it, but the reality is that they can.”

He says that it may be necessary to model several weather variables together to achieve the optimal weather models, so the researchers plan to look at other meteorological factors such as temperature and humidity.

The research study, “Weather and its Association with New Onset Headache Days in Persons with Episodic Migraine: An Observational Cohort Study,” was presented at the 2018 Annual Scientific Meeting for the American Headache Association.

A Closer Look at the ASRS 2018 Macular Holes Symposium

Next Up in Telemedicine: Rehab

Becoming a Patient of the Transplant Program I Lead 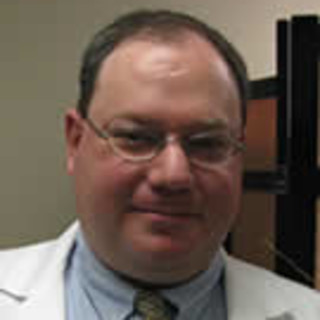 “What Am I Doing with My Life?” That Is the Question

The Best Tweets from Match Day 2018