How Medicine Can Better Care for Those with Intellectual Disabilities

I walked into the lecture hall with an unusual level of apprehension that day. The typical early birds were already there, and as creatures of habit, each student sat in their unofficial assigned seat. The lecturer stood at the podium quietly preparing her slides. Having a couple of months of medical school under my belt, I was well past the phase of new student jitters, yet there was a tension I could not shake. I opened my computer and pulled up the lecture notes for the day, and it felt like the words Trisomy 21 were staring at me with their bold face. As the lights dimmed, I took a deep breath as if to prepare myself for the lecture that followed.

My reaction seemed ironic, as I had come to medical school in some sense for this exact lecture. I was already intimately familiar with people who sport the extra chromosome and had been since well before I knew what chromosomes were. In high school, I frequently donned a t-shirt bragging, “My brother has more chromosomes than yours.” I had made my way to medical school because I envisioned physicians as the heroes that would swoop in and help make the lives of individuals with Down syndrome and other intellectual disabilities as functional and successful as possible. Perhaps I imagined that if I learned enough, my t-shirt might turn into more of a cape.

Even still, I sat there waiting to be disappointed. Deep down, I knew that idyllic picture of doctors being the heroes of the disability community was skewed at best, grandiose at worst. I knew that all too frequently individuals with disabilities and their families often found themselves at odds with the medical system. I feared the lecture might reduce Down syndrome and the people living with it to a constellation of medical findings, a textbook description. The gravity of joining the profession that defines the pathology of intellectual disability was not lost on me.

The tension between the two communities sits atop a long history of discrimination against people with disabilities, much led by the medical profession. May we not forget that medical providers have historically recommended forced sterilization, institutionalization, and even elimination of individuals with disabilities. It would be easy to say that we have made incredible progress in our treatment of patients with disabilities, as these horrific practices are no longer standard, and patients with disabilities are living longer than ever before. However, having frequently heard medical students, residents, and even faculty use the word “retard” without a second thought and having heard stories of physicians telling families that their children would never be able to walk, talk, or amount to anything at all, it is no surprise that the disability community continues to hold a high level of distrust of the medical community.

Many of the above mentioned health disparities stem from long standing systemic problems that are not well served by a discussion in a short essay. That being said, there are things that individual providers can do to significantly improve the healthcare experience for people with intellectual disabilities. People with intellectual disabilities and their families make up a robust and cultural community. As such, mindfully working with patients with intellectual disabilities requires a high level of cultural awareness. For example, it is important to note that many individuals with disabilities do not see their diagnosis as pathology or even disabling. Rather, they believe that society’s discrimination against those with disabilities, not the physiologic manifestations of their diagnosis, is what limits them. This viewpoint is commonly known as the social model of disability (as compared to the traditional medical model). Any provider with a basic understanding and appreciation for the social model of disability will undoubtedly have an easier time forming an effective therapeutic relationship with patients with disabilities.

If all providers did a few simple things, I believe we could significantly improve the health and wellbeing of patients with intellectual disabilities. To boil it down into simple steps:

Medicine has the potential to be a powerful force in the lives of people with intellectual disabilities. We have already succeeded in extending the lifespan and independence of many with disabilities. However, there remains a divide and a deep amount of mistrust between the disability and medical communities. We can mend the relationship between the medical community and the disability community. To do so, we must look beyond pathologies.

Read A Call for More Collaboration 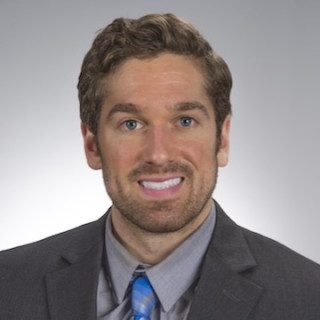 A Call for More Collaboration

Read How Industry Is Helping Us Beat COVID-19

How Industry Is Helping Us Beat COVID-19