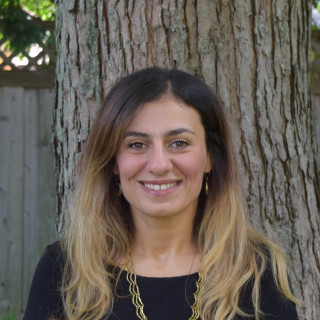 Disclaimer: This is not an advertisement for Facebook. But, if you’re a female physician and not on Facebook right now, you’re missing out. There’s been a surge of physician groups in the past few years springing up on the social network, many of them serving female physicians in unique ways. Some act as support groups. Others are there purely for networking. Still others are more education focused.

The network is growing up and branching out, and if you’re a female physician looking for a community to join, Facebook could already have one (or two, or ten) for you.

A Model Community Leads the Way

I first joined Facebook in December of 2007 (a little late to the game, compared to some). My account remained pretty inactive over the years. I would check in occasionally and see some random pictures of high school friends, or I would update my status. One of my first status updates, written on Christmas day, said: Christina Girgis “is dreading going back to work on Wednesday.” The next one read simply: “is at work.” Not too exciting, right?

But things got more interesting in the spring of 2015 when I was added to the Physician Moms Group. Also called PMG, the group had about 16,000 members at the time, which I thought was astonishing. Today, only two years later, there are over 68,000. Formed by Dr. Hala Sabry, an emergency medicine physician in California, PMG connects physician moms with each other to discuss parenting topics, which can be unique to physician mothers, and to share their experiences.

Over time, PMG has not only become an amazing community inside and outside of Facebook, it’s also inspired the conception of other physician groups on the network. Membership criteria for each of these groups can vary. While some are for men and women physicians, most of the groups are only for women. Some include resident physicians or medical students, while others are only for physicians who have completed training.

There are groups for women physicians specific to each specialty; I personally founded Women’s Psychiatry Group and Psychiatry Network, which have a combined membership of almost 10,000 psychiatrists and psychiatry residents. Other groups are tailored to those who work in specific settings, such as: the Veterans Affairs women physician group, a group specifically for hospitalists, one for academics, and another for female physicians in private practice.

With nothing to dictate how to organize, groups exist for every topic imaginable. There are several for health (for example, a fitness group, another one dedicated to the Peloton craze, and one focused on obesity medicine). Other groups focus on hobbies and personal interests (there’s a gardening group, a style group, one for vegetarians, another for equestrians, and even one for Instant Pot users). There are groups for pregnancy and beyond (for example an infertility group, an active pregnancy group, and a preemie group). And, of course, there are groups for different political and religious leanings.

One of the first physician groups I found on Facebook was Dr. MILK, founded by Dr. Laurie B. Jones, a pediatrician practicing in Phoenix, Arizona. Doctor Jones founded Dr. MILK in 2009 and created the correlating Facebook group in 2010. I spoke with Dr. Jones via, fittingly, Facebook Messenger. She noted that she found it affirming that the group has a singular mission: to help female physicians reach their breastfeeding goals using evidence based medicine. Doctor Jones also stated that she was inspired to start the group because she wanted to show that “if you get the right advice from peers who understand your daily life in your specialty of medicine, you will reach your goals.”

Doctor Jones also shares her networking with others. In 2013, she published an article in Breastfeeding Medicine to show how a support group for physician mothers can be successful. She’s also currently working on non-profit status to create scholarships for the administrators, moderators, and members of the group to take self-study lactation courses online or attend the annual Academy of Breastfeeding Medicine meeting.

As groups like these have grown in popularity, Facebook has begun to pay more attention to the thousands of communities created on the network. Now it often adds group “suggestions” to users’ newsfeeds. Still can’t find a group for your interests? It’s easy to start one of your own. The minimum requirement to start any group is simple. All you need is to have two members. For women physicians, finding others who are dealing with the same issues can provide support from a large community during a time when physician burnout is at at an all-time high.

If this resonates with you, and you want to be added to one of the many existing groups via an invitation, no problem. Just send me a friend request, and I’ll see you there!

Look for this article and more like it in the Doximity Women in Medicine Digest. If you’d like to contribute a piece of your own, please email us at opmed@doximity.com.