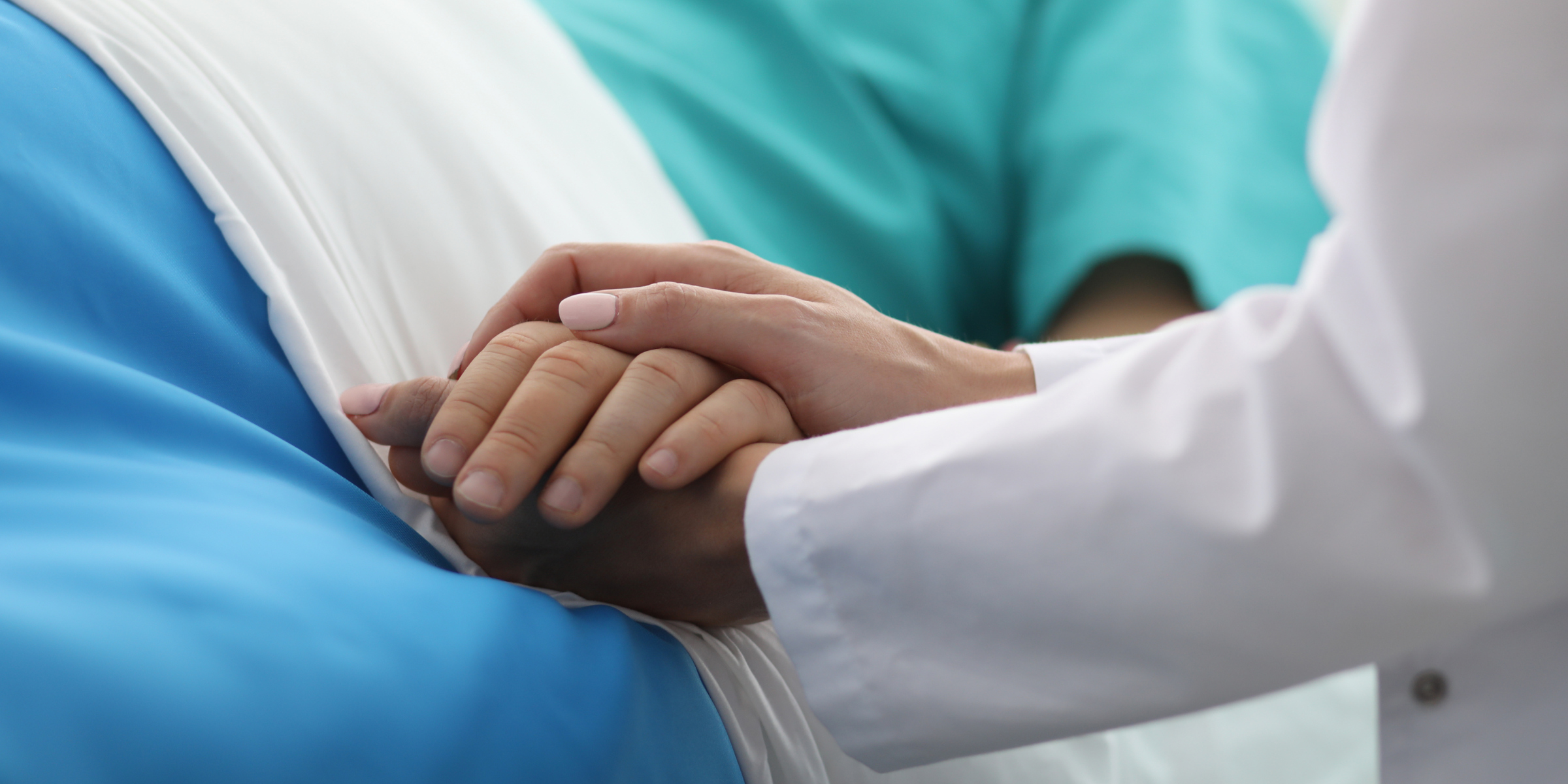 My heart sank as soon as I saw it — tumor nodules in the trachea and a mass eroding through the stent in his airway. I had been hoping against hope. It's always a favorite patient losing to a bad disease.

I had biopsied and stented his airway five weeks earlier. His cough got better and he said he was feeling great. But the repeat CT scan didn't look so great. It must be mucus clogging the stent, I had thought, and prescribed some mucolytics. "I feel great doc, I really do." He was reassuring me. I told him I wanted to bronchoscope him again. He rolled his eyes and said he was building his wife a new kitchen so could we just please wait on it? His wife glared at him. I told him he could have two weeks and he flashed me a sly smile and a wink. His wife squeezed my hand and promised that she would bring him back. She did. On time.

I saw him in recovery after the procedure and broke the news as gently as I could. The nurse drew the curtain around us for privacy, promising to send his wife in as soon as she returned from the cafeteria. His eyes grew misty and he swallowed hard. He asked me how long he had to live. I gave him the same answer I give everyone in his position. We really never know but we can estimate based on statistics. He asked me to draw up a chair and put my feet up.

He then told me the story of the two people he seemed to care most about in his life. His wife was the first. "I've lived a good life doc, I just need time to get everything settled for my wife. I'm building her this new kitchen. I want to settle my finances so she will want for nothing. Don't tell her doc, please, I will tell her in my own time slowly." I listened and involuntarily reached for his hand. He then told me that he cared deeply for his son-in-law. The young man who wanted to bring him for this appointment but who was tied up at work. The man who saw his father-in-law regularly at least twice a week in the evenings for a drink. They spent so much time together that his daughter started to complain that he always came home to her much too late. This was the first time in his life he had spent so much time with someone so different from him. My brow furrowed. "Different? How?" I enquired. "He is black, different upbringing, different background. Just different," he said decisively. "But I love him like a son." He choked on the words. "He asked me to call him to tell him how this procedure went." He continued haltingly and then stopped and regained his composure enough to smile slyly at me. "And to have a drink together when I get home. Can I still do that?"

His wife parted the curtains. She was carrying coffee. She set it down, planted a kiss on his forehead and looked at me anxiously. I looked at him. He shook his head at me and closed his eyes but reached over for her hand. I told her as succinctly as I could what I had found and outlined the next steps. A repeat consultation with the oncologist to change the chemotherapy and consideration for additional radiation. Their eyes met. He was clearly petrified that she was going to have a meltdown and dissolve into tears. I stopped talking to give her the space to do just that. She, however, did nothing of the sort.

Clear eyed and with her hands firmly clasped around his, she nodded at me and said, "Alright that's that." He was dumbfounded. He looked at me helplessly. "He is a good man," she said to me as if in explanation. Something shared from one woman to another. An understanding. We both turned to smile at him benevolently. "Go enjoy that drink with your-son-in-law," I said.