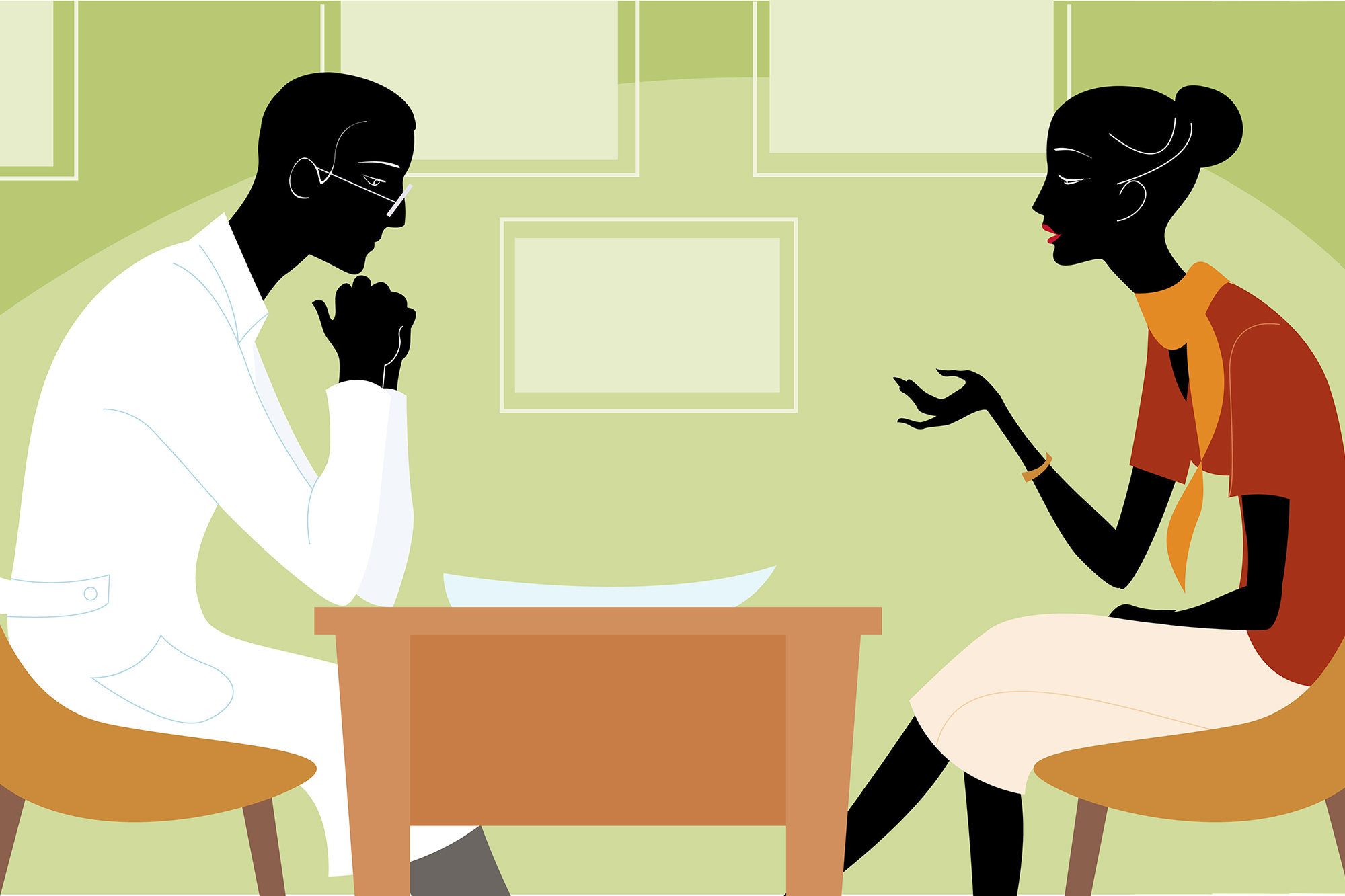 I am not a Catholic, but I grew up with Catholics. Close family friends and schoolmates talked often of going to Mass and how Father So-and-so taught them some bit of wisdom. These friends and several Graham Greene novels in high school were my main exposure to Catholicism, and only connection to any sort of old-time religion, the type that has persisted through millennia through sheer force of ritual.

I started thinking about Catholicism at my family practice, when I began seeing the same patients returning every few weeks, not with any acute ailments but with follow-up appointments that ultimately seemed like confessionals. A middle-aged man who had undergone alcohol withdrawal seizures earlier in the year, one of which led to his heart stopping in a medevac helicopter, had given up the drink in the spring and was slowly weaning off the benzodiazepines they prescribed him in the hospital. He came to the doctor to talk about temptation, and about his commitment to his son. He was reassured — it is always tempting to stray from the path, but you have the strength to walk on.

An elderly lady came in with her husband and talked about how the room just kept spinning. Certain body positions made it worse. I watched the doctor perform a Dix-Hallpike and then Epley maneuver. The sudden drop of her head backward off the end of the exam table reminded me of a movie portrayal of a baptism. It was a ritual in its own right, one born of secret knowledge that the society of doctors keeps. We have reasons we know it works, of course: the otolith crystals are dislodged into the semicircular canals. And that’s true, right? Whereas all that stuff they used to believe was just made up.

Of course I believe in science in a way that I could never believe in the old sacred texts. But sometimes, when it’s a pain that just does not line up with any rational pathophysiological explanation, and we just have to say it’s somatic, I start thinking there is another kind of truth. If human beings evolved some type of spirituality in every civilization we have on record, is it really rational to think that this need has disappeared from the modern world? Churches are empty, Walmarts are the social centers of small rural towns, but there is a part of the human mind that still needs something sacred — faith in an institution, the laying on of hands. The institution of health care is surely secular and can be rather impersonal. But it is the job of the doctor, the secular priest, to carry out its rituals with a real human connection. When this is done effectively, then even the diseases for which we have no physical explanation — the somatoform disorders — can be treated not just for their symptoms but at their root. Just because we can’t see it doesn’t mean it’s not there.

The tone of this essay may suggest otherwise, but in the past I really was skeptical of non-specific pain syndromes. Seeing them on a personal level — the earnest elementary school teacher, or the ex-Marine trying to perform a thankless manual labor job — is when I came to understand that there is a real phenomenon, maybe more so in rural communities, of psychological pain that has probably fueled the opioid crisis as much as Big Pharma or drug cartels. Marx may have said that religion is the opioid of the masses, but what if, without religion, opioids are the opioids of the masses? All people need something which gives them comfort and fulfillment. And so, going forward, my intention is to listen faithfully, to allow them a sacred space in a doctor’s office to make their pain known, and in turn, demonstrate my faith in non-opioid treatments for their very real pain.

Andrew van der Vaart is an MD/PhD student in his final year at Virginia Commonwealth University, applying for residency in Psychiatry.