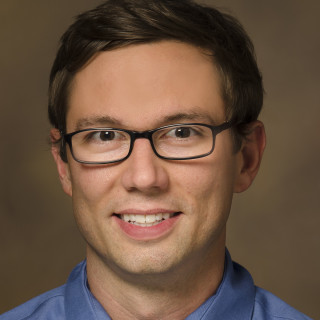 “Can you show the difference in numbers between consolidating and subsequently capitalizing now vs consolidating and capitalizing after the 6 month grace period? I assumed that putting off capitalization for 6 months was more important and would save me more rather than starting REPAYE as soon as possible to get that subsidized interest rate. Thank you!”

I thought it would be great to share this with as many as possible so I pounded out a post for all the borrowers out there wondering what do to in the next several months. The high yield of what I am about to outline is this: forgo your grace period and jump into REPAYE ASAP to save money on your loan payments.

How Much Can You Save?

In my scenario, I assume you have a principal loan balance of $230,000 @ 5.6% interest with $20,000 of accrued interest that is to be capitalized on either immediately after medical school by jumping into REPAYE, or after your 6 month grace period. And it is my hope that everyone will realize after this post that it is no “grace period” at all.

Based on those numbers by jumping into REPAYE as soon as you graduate medical school you save $2,942 in accrued interest in the first 6 months, and $3,600+ over the course of a ten-year loan repayment since you have a lower payment of interest over the life of the loan thanks to capitalizing earlier rather than later. Let’s run some scenarios, but first you must solemnly swear that you are up to no good.

The grace period is 6 months of letting your loans accrue interest where you don’t make payments. That is 6 x $1,073 or $6,438 of accrued interest that is to be capitalized on in December with the additional $20,000 of interest previously accrued at Hogwarts. In total, this is $26,438 of interest to be added to the $230,000 of principal at the end of the grace period.

Harry REPAYE graduates from Hogwarts Medical in 2018 and no thanks to the Dursley’s, he has a principal loan balance of $230,000 @ 5.6% interest with $20,000 of accrued interest. This loan accrues $12,880 of interest yearly or $1,073 of interest monthly. Blimey Harry! All things are equal between Harry Grace and Harry REPAYE to this point.

Harry REPAYE read up on Life of FI MD about how to forgo a grace period and jump into REPAYE as soon as he graduated from Medical School. He called the muggles at FedLoan Servicing and consolidated his loans ASAP after graduating. Let’s look at his choice compared to Harry Grace’s. Harry REPAYE had his $20,000 of accrued interest capitalized on, but he still feels like he escaped from Azkaban. Why though? Let me show you.

But, by far the best part of Harry REPAYE’s plan is that instead of six months of a grace period, he enters repayment and makes $0 payments, half of that interest will be forgiven while his payments remain at $0. He cuts his interest in half over the course of those six months while Harry Grace accrues full interest on his loans because he is in his “grace period ” only to enter into REPAYE later. Hence the reason I don’t consider it a grace period at all.

Concerning their monthly interest payments; Harry Grace pays $30 extra over Harry REPAYE because he waited to capitalize. Harry REPAYE saves an easy $3,600+ over the life of a ten-year loan, or $7,200 over the life of a twenty year loan, because his interest payment is $30 less than Harry Grace’s payment: $1,166 vs $1,196 ($30 x 120 payments = $3,600). He celebrates with a cold round of butter beers for him and his blokes and considers this move practically on par with catching the golden snitch. He didn’t even have to deal with bludgers. Harry REPAYE is crushing it for a half-blood!

It Is All About The Interest Subsidy

Regardless of capitalization, the beauty of REPAYE is in the interest subsidies. I find a lot of trainees fixate on the capitalization, but it doesn’t factor in too much all things considered. It is a little drop in a big bucket. The way that REPAYE works is that it takes your payment (in this scenario your first year’s payments will be zero since your AGI was so low as a medical student) and applies it to the interest. Since the overwhelming majority of borrowers these days have only unsubsidized loans, for simplicity’s sake, I generalize and say that the government takes 50% of the remainder of interest owed and forgives it. The truth is, they take even more than that thanks to a 3 year 100% subsidy on subsidized loans! All that to say it is a sweet deal. Stated in another way:

Also, if you have unsubsidized loans, your unsubsidized interest will be subsidized at 50% for any period(s) of time that your REPAYE monthly payment due is not sufficient to pay the monthly interest. ” Quoted text is taken from EdFinancial.

Alexander Foster, MD is an Ophthalmology Resident at The University of Texas, San Antonio. This piece originally appeared at LifeOfIFMD.