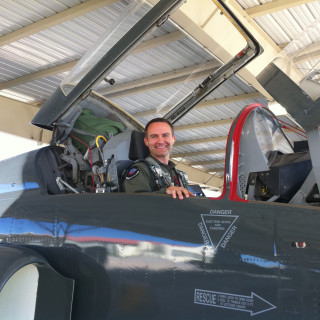 I. THE BURIAL OF THE DEAD

APRIL is the cruelest month, breeding
Lilacs out of the dead land, mixing
Memory and desire, stirring
Dull roots with spring rain.

From the Wasteland by TS Elliot

All of us grieve at some time in our lives. I’ve observed the current of grief, from the unique embankment of a physician for many years now. As a doctor practicing medicine in the 21st century, I’ve found myself turning more than ever to art, literature and poetry to help re-cultivate my own empathy and struggles with the grieving process. A recently published book by George Saunders, “Lincoln in the Bardo” explores the time surrounding the death of the President’s son Willie, in 1862, during the depths of the Civil war. Saunders reveals a weeping father, in the absolute deepest melancholy at the loss of his young son to Typhoid. At the time, the newspapers reported that Lincoln returned to the mausoleum in Georgetown at Oak Hill Cemetery, just to hold his son’s lifeless body. The book’s title fitting, as Lincoln could not separate from the “in-between” space, that the Tibetan Buddhist call the Bardo, he could not bring himself to say goodbye. Yet, out of his grief and anguish after the loss of his beloved son, a great empathy for the human condition would flourish, and just a year later Lincoln would orate one of the most powerful documents in the history of the English language.

Because our house is only a few blocks from Oak Hill Cemetery, I was able visit the place where Lincoln went to grieve for his son. I walked down the same winding path, above the same calming rock creek, and placed my hand on the cold stone mausoleum. The sixteenth president’s shade, seemingly with me, in the Bardo, amongst the mournful, quiet, unbearable beauty of autumn leaves.

Saunders’ touching revelation of the events that consumed President Lincoln, brought back a flurry of memories, of patients, who I have had the honor of sharing some small part of the tapestry of their triumph and grief. In my third year of residency, I was assigned as the resident physician to an extraordinary couple. They were in their seventies and had been married for over fifty years. I began seeing the husband, a retired Air Force pilot, for Alzheimer’s dementia. At the time, some newer medications started to show promise in being able to help patients with cognitive function and even returning some memories. I watched as we waited in anticipation each week for improvement. And, with increasing doses of the new medication, some of the patient’s memories returned, like precious snowflakes in the palm of a child’s hand.

However, after a year, as suggested by the research, the memories returned to their cruel early autumn, and the former pilot began to succumb once again to an assault on the very components of his brain that made him who he was. I watched with his wife and shared in their sorrow. But, we celebrated their year together, a year marked by holding grandchildren, blowing out candles, and tender recollections that only the two of them would no doubt have revelled in. I can’t help but think of that couple as I come across others who suffer in similar ways, and learn more and more that certain elements of becoming a seasoned physician seem to get more difficult with time and practice, instead of less. A slow, painful, realization comes when you can offer little more than a shoulder to lean on, like the couple with Alzheimer’s, when medical science has been exhausted and people you care about suffer.

I think as physicians we start to realize that the sting of irony, when you are looked to as someone who might have answers, and the fates sometimes lead us as, doctors, to only more questions. Oftentimes, I have found myself grappling with my own empathy and growing existential questions, questions that don’t just live in the microns of space between glass slide and coverslip or between the foggy outlines of gray and black on an ultrasound screen; but, rather those, that in the words of the late author and neurosurgeon Paul Kalanithi, “inhabit the space between the narthex and nave,” the questions of why April, for some could be as Eliot wrote, “the cruelest month.”

Near the end of a recent encounter, my patient stopped talking and an unusual calm took over his thoughtful face. He looked at me through tears, with a look that I understood right to the center of my being, and told me, “I just love my wife so much, we are fighting cancer.” Physicians find ourselves being challenged with patients that do not fit neatly into a column of Osler’s paradigms or DSM criteria. Rather, time and again patients stumble across our paths, broken and afraid, hoping for some glimmer of better understanding, a hope that we might be a sibyl, holding a sacred, elusive truth. It is said that Dr. William Osler was known to have kept a pile of beloved books at his bedside which he felt all medical students should read, not only to complement their education but to enhance their humanity: the meditations of Aurelius, the poems of Emerson, the thoughtful complicated prose of Thomas Browne. It is even said that he was buried with a copy of Sir Thomas Browne’s Medici Religiosi. This stalwart of medical pragmatism and empirical virtue, struggled fiercely with the humanity of medicine, finding some of the answers in prose and poetry. He believed that reading was a way of interacting with great minds, contributing to the development of virtues and to the “education of the heart.”

On the journey to life’s finish we are asked, as physicians, to be part of the long walk through the snow, to help our patients to have hope against grief and empathy for their sorrow and fear. There is no more humbling pursuit, and I can only hope that the great arc of the medical endeavor continues a renewed focus helping our patients both in triumph and loss, as Osler hoped, well into the twilight of our careers in medicine.