From Rodents to Humans: Working With Memory at AES 2020

Last week, the virtual conference for the annual American Epilepsy Society took place. It was, in the words of the distinguished Prof. Itzhak Fried, "a conference that has no definitive place and no definitive time." I attended this annual meeting for the first time. The webinars were well presented, covering many aspects of epilepsy's treatment. As a neurosurgeon treating epilepsy and neuroscientist, I found the session on "Hot Topics Symposium: Representation of Space and Time in the Medial Temporal Lobe: From Rodents to Humans" especially intriguing. As the moderator, Dr. Fried started with an interesting description of the engaging history of the famous neurosurgeon Wilder Penfield. Dr. Penfield stated that by inspiration of Sherrington that was a surgical physiologist in his mind, he decided to pursue the field of neurosurgery and become a physiological surgeon. The symposium was entitled to connect data from rodents to data that we currently have about humans, connecting the dots between epilepsy, memory, and Alzheimer's. The keynote speaker was Prof. Edvard Moser, the director of the Kavli Institute for Systems Neuroscience at the University of Science and Technology in Norway. Prof. Moser revolutionized the neuroscience field and won the Nobel prize for Physiology and Medicine in 2014.

In a way that is so unique and yet becoming routine, the talk moves smoothly from Los Angeles to Norway. Prof. Moser described how the field of hippocampal science developed from the mid-20th century through today. In the mid-1950s, patient H.M. was operated on in an experimental surgery where his hippocampus was removed. He subsequently suffered from loss of all his episodic memory and his sense of space. This finding created one of the first pieces of evidence that the hippocampus is a hub to incorporate memory, time, space, and understanding of our surroundings. Then, rodents' studies began back in the 1970s by John O'Keefe. O'Keefe described the hippocampal area as a stored map within the brain, which is supposed to help us find ourselves in the surrounding.

In 2004, Prof. Moser's lab found the first evidence for a grid or a map residing in the entorhinal cortex. This map is what helps us understand where we are in our surroundings; again, connecting space and time. The lab later found that this area, with cells aligned in a grid or map, has different cells. Cells that relate and function as part of head direction (i.e., head-direction cells), and, for example, they found cells that fired up when the rat head turned to the left, while others fired up when it turned its head to the right. But, as for understanding surroundings, moving our brain needs to not only the direction but also the speed of the movement in relation to the surrounding. This hypothesis led to the findings of speed cells by the same lab. The rat also has border cells that help understand the surrounding borders and help the rat choose its direction. Prof. Moser and his team also recently found the object vector cells that allow the mouse to define its location to an object at any given time from different places and angles. This is a description of the rodents' brain GPS. But, this will not be enough to understand our ability or other animals' ability, as the rodents', to not only understand our surroundings but also to remember the different locations we've been through in a way that will allow us to navigate.

Thus, another system is needed and indeed was found by the same group. It was found that the hippocampus, as well as the entorhinal cortex, serves as a storage organ for different kinds of maps and, eventually, a "multifaceted high-dimensional map of place cells." Yet, this work and others are not just for the mere knowledge of neuroscience but also help us shape the current understanding of pathologies that we currently do not harbor their remedy. The session created a very nice connection of all this knowledge to epilepsy and Alzheimer's disease, where cell death regularly begins in the medial and lateral entorhinal cortices. In the same location, we are currently aiming for many of our epilepsy surgeries. It was natural that Prof. Fried would lead the next presentation discussing the connection between basic science knowledge to some human-based clinical studies. Prof. Fried described the work done in his lab regarding the hippocampus and entorhinal cortex, moving from the crucial understanding of the structure and function of these organs and regions in the human brain to studies that stimulate the human memory. Studies of single-cell recording that were done in conscious epilepsy patients, trying to preserve their function and at the same time corroborate the technologies we use in the OR to navigate in the human brain not just anatomically but also functionally. Much is still unknown. The current growing consensus is that as physicians and researchers, we need not only to treat the pathology, conserve the anatomy, and give the patient back their primary function but also to aspire to preserve their higher functions. We need to let the pianist go back to their piano, to let the attorney go back to the court and defend their client. We need to find a way to give our patients the ability to find themselves in space, and time, while preserving their memory and fighting their epilepsy.

This session was one of many very educational sessions I found in the AES 2020 conference on a personal level. As a neurosurgeon treating pediatric and adult patients who have epilepsy, I see the AES and this conference as a whole important source of knowledge and innovation. I plan to attend the 2021 annual meeting.

Arie L. Weinstock, MD and 1 other

Read The Birth of a New Option for Ob-Gyns: “Laborists” 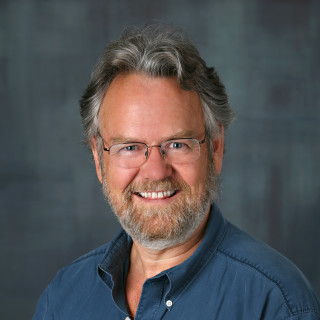 The Birth of a New Option for Ob-Gyns: “Laborists”

Read 3 Reasons Why Pediatricians Should Help Teens Rock the Vote

3 Reasons Why Pediatricians Should Help Teens Rock the Vote

Oct 26, 2018 Link to 3 Reasons Why Pediatricians Should Help Teens Rock the Vote