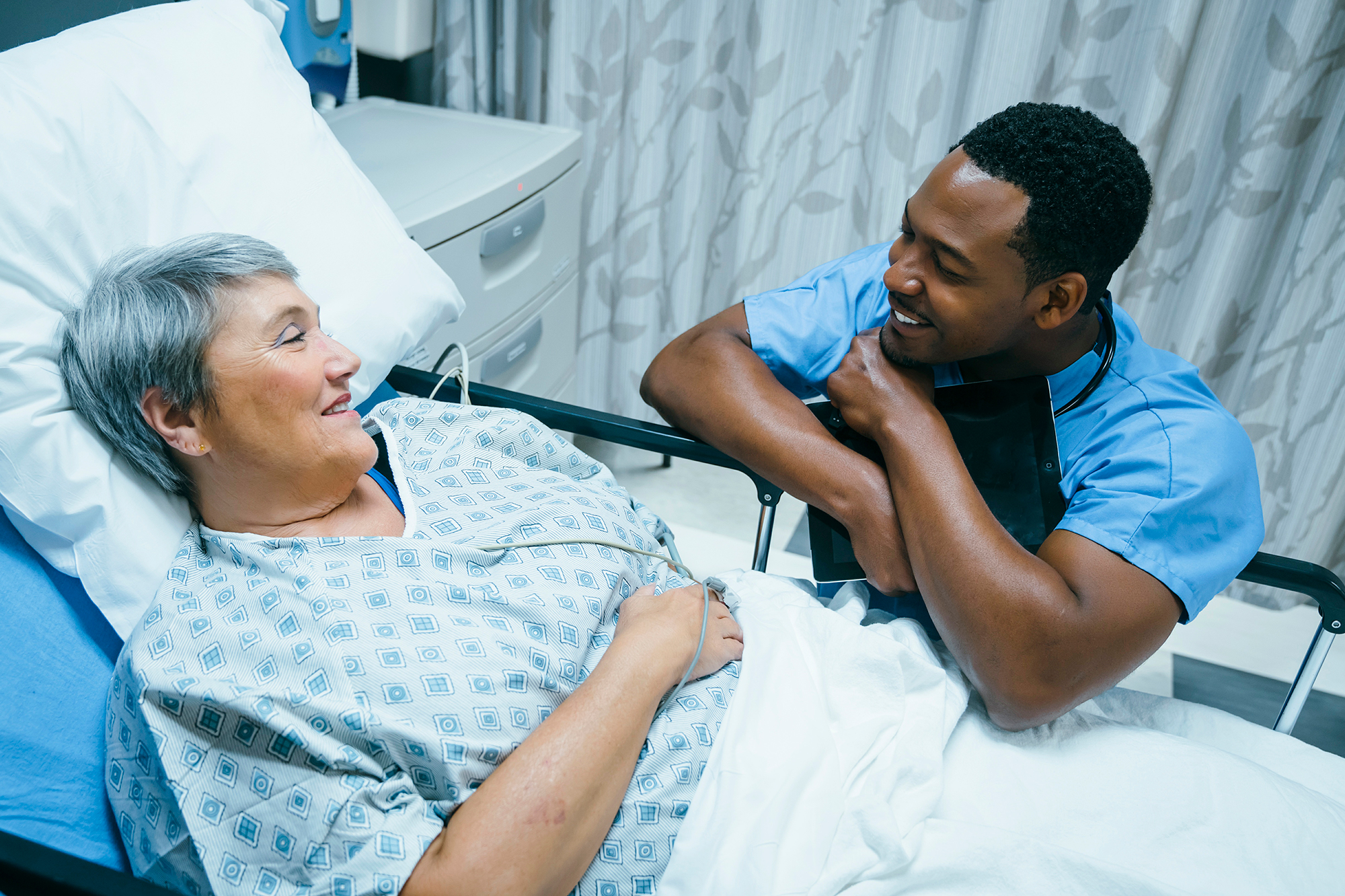 While I was on a recent inpatient rotation, there was a female patient who initially presented to our hospital with a several week history of progressive shortness of breath. She went through a myriad of tests and was found to have a right hydro-pneumothorax with evidence of a pleural-based right upper lobe 5 cm cavitary lesion. She later underwent a CT-guided biopsy which revealed invasive Mucormycosis. We were able to consult our infectious disease department and start an antifungal treatment early and we had hoped that she would progressively improve. Unfortunately — like so many others — this was not the case. She was seen by our surgeons, who determined that she was not a surgical candidate for various reasons. We continued treatment and stayed hopeful.

Each day, she required more oxygen and looked more fatigued. Her chronic kidney disease worsened with treatment, ultimately to the point of end-stage renal disease. We had a long discussion with both her and her family regarding goals of care, and she made it clear she did not want to be placed on dialysis despite knowing this meant eventual death. Regardless, she always made an effort to stay positive.

While checking in on her one day, I noticed a painting of a black Labrador Retriever on the wall. I usually try to leave each room with a smile on the patient’s face, so I brought up to her that I have a dog which looked exactly like the one in the painting. She smiled and replied that she was all too familiar with Labrador Retrievers. Our team was leaving her room so I told her I would come back and talk with her more about our dogs. Little did I know, that conversation would not happen for some time. Later that day, the patient’s respiratory status worsened and she was transferred to the ICU. After she was transferred back to our care, her condition continued to decline and she was placed on comfort care. I attempted to visit the patient several times to have our talk but every time I did, she was sleeping. I was not about to wake her to talk about dogs.

On the last day of my rotation, I went to visit her and caught her while she was awake. As soon as I walked into the room, her friend remarked — somewhat excitedly — that I must have been there to speak to her about the dogs. I couldn’t believe after several weeks she remembered that promise. That afternoon, before leaving the hospital for the last time, we had our chat about canines. I told her about how I found my dog when he was a puppy, and of course I provided lots of photos. She told me that she had bred more than 200 Labrador Retrievers in her life — she did not run a puppy mill, mind you — and that she had once bred the No.1 and 2 ranked Labs in the American Kennel Club. I told her the dog paintings in the rooms scattered around the hospital were donated by a local artist some time ago. I took many things from this conversation, but most of all the importance of connecting with your patients. Those interactions can provide the extra care and comfort that people need when going through difficult times.

I don’t know if she’s still alive, but I know that those 30 minutes I had given her were so very important for both her and for me. I am only two years into my residency, but even now I have seen the impact we can make on our patients’ lives. I have had kind patients, rude patients, old patients, new patients, but I will always remember these interactions, well beyond when my residency ends. These moments are what make medicine so special, and one of many reasons why I love what I do.

Tyler Schmidt is a current second-year resident in the Department of Internal Medicine at The Mayo Clinic in Rochester, Minnesota. There are no conflicts of interest to disclose.