Encountering Patients in the 'Wild'

The July heat was bearing down on me and my 3-year-old daughter, but we were lounging in the zero-depth portion of our community pool, staying cool under the tiny streams of water spouting from a plastic mushroom. I was in day-off mode: swim trunks, ratty T-shirt, baseball cap, and sunglasses, sporting a 2-day growth on my face.

A young mother with a similarly-aged toddler, whom I recognized as being a patient in the practice I had recently joined and had seen once a few months earlier for a quick sick visit, was sitting nearby and kept looking at us, as if she recognized me, too. She scooted over, and said, “I know you from somewhere, right?”

It’s common for parents of my patients, especially if they’ve only seen me once or twice for a quick visit, to have trouble placing me out of context, especially when looking less than professional. I was about to tell her the connection when she said, “Wait a minute — I know you. You work at the Shell station on the corner, right?”

While I definitely looked like a purveyor of Lotto tickets, Marlboros, and 16-ounce Tall Boys, or perhaps a consumer of the same, I had to tell her, “No — I’m Dr. Rucoba, the pediatrician.”

“Don’t worry about it,” I reassured her. “I get that a lot. That guy at the gas station does look like me. And he’s a real nice guy, too, so thanks.”

I bring this up as an example of some of the awkward moments that can occur when you practice and live in the same town. I joined my current practice over 20 years ago and have lived two miles from the office that entire time. I kneel in church to pray next to my patients and their families, see them at countless curriculum nights, bump into them at restaurants and movie theaters, and sit through endless kid-pitch softball games on 90-degree days (again silently praying next to them, usually for rain).

My first job after residency was in a community health center serving a poor, mostly Spanish-speaking population in Chicago. Though I only lived a few miles from that part of the city, and I was part of that community ethnically and linguistically, I was a world apart from them socioeconomically and geographically.

But after that job, I took the one I have had ever since, living in an upper-middle-class suburb, surrounded by people who, socioeconomically, are just like me. My town is not very diverse, but the surrounding communities are, so I still treat patients on Medicaid and many who speak Spanish, but the majority of patients are in my own economic demographic.

When I first moved here, an internist who lived around the corner and practiced in a similar town 20 minutes away, advised me that I would regret living in the same town where I practiced. “You’ll get bothered all the time,” he said.

In some ways, he was right. I often get parents stopping me after church or in the grocery store, asking a question, or lifting their toddler’s shirt up to show me a rash. My four daughters dread going out in public with me. When they were younger, they were mortified that so many people recognized me, and their eye rolls almost strained a muscle. Now that they’re older, they’re not as embarrassed, but they still don’t like it because it’s just time consuming.

My female colleagues have it worse than I do, I think. When parents would see me in the store, and my then pre-school child (or children) having a meltdown, the parents would look at me, but not expect too much. Even in the 21st century, I was just the dad, no matter my training and “expertise” at parenting. But when a pediatrician mother is in the same situation, every parent seems to lock in with laser focus: “Let’s see how you handle this, Doc. You’re the expert on how to handle this kind of behavior, right?” No, I don’t envy my women colleagues in that context.

All in all, I have enjoyed living and working in the same community all these years. I relish seeing my patients’ families around town. I think it helps them realize that I’m a parent, too, going through many of the same experiences that they are, and that when I give advice, it isn’t just from a book, but from hard-earned, first-hand knowledge.

Helping my patients through tough times or rejoicing in milestones means a little more when they’re my neighbors. The bonding that occurs when you are invited into the privileged doctor-patient relationship of a neighbor, or someone from your community, is a little stronger and significant than normal. I’ve appreciated that and am grateful for the privilege.

It’s ironic: I mentioned that my first job was at a community health center, and although I am proud of the care I provided there, the doctors were not part of that community in a daily, meaningful manner. But in my practice for the last two decades, I have truly been a community physician, and I wouldn’t have had it any other way.

A practicing pediatrician for over 26 years, Dr. Ruben J. Rucoba currently serves as Director of Medical Services for PediaTrust, a large pediatric "supergroup" in the Chicago area. He also established his own thriving medical writing and editing business in 2010. He has no conflicts of interest to declare. Dr. Rucoba is a 2020–2021 Doximity Fellow.

Telemedicine: Where Is the Tipping Point? 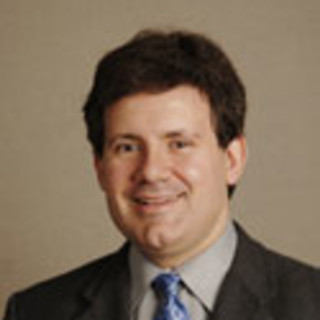 There May Be a 'Changing of the Guard' In Dermatology

My Most Important Takeaway From AAP NCE: How to Be Empathetic