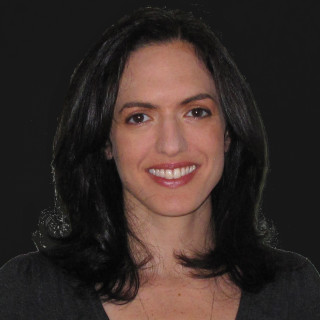 There is an old riddle about a boy named Arthur who gets into a car accident with his father. He ends up at a trauma center, in need of an urgent operation. The old surgeon sees him, approaches the boy and his father, and says, “I can’t operate on him. He’s my son Arthur.” The question is: How can that be?

I remember hearing this riddle when I was about 12 years old, and listening to the many offered responses to the question. Was he adopted? Was it a misunderstanding? A case of mistaken identity? I guess these days it might occur to people to offer up that Arthur has two dads, but even that option usually didn’t figure into the situation in popular culture in the 80s.

At age 12, I was being groomed for Medical School. I went to a French school, and accordingly you decided at that age what you would do with the rest of your life. I came from a long line of surgeons on both sides of the family, all of which were men, but that never seemed to be a consideration. Two of my contemporary relatives, female cousins of mine, were also medicine-bound, and it all just made sense in my world.

My father was an OB/GYN at the hospital where I went to medical school. For many years people assumed that I would go into that field, and I used to think that it was because they figured that I would follow in his footsteps. I didn’t really consider the fact that most OB/GYN residents were women, and the surgeons were men.

Throughout medical school and residency, I got used to the fact that the surgeons hob-knobbed in the locker rooms, and I was always around the nurses. Not that I minded them, but there was a great divide between myself and the rest of my peers in that respect. I remember thinking that the hospital locker room is the only place where the men’s room is nicer (and bigger) than the ladies’ room. That’s because the boys are the docs and the girls are their assistants.

On call one night as the surgery resident, I was running around carrying the famous “belt,” eight separate pagers representing essentially all of the surgical patients in the entire hospital. Each pager was set to a different sound, but they were equally stressful, and blended into a miserable chorus. I had about five minutes of peace and quiet before the red pager blared at me one night. I called the nurse to find out that one of the patients was reporting difficulty breathing. I ran to the bedside.

Wearing my scrubs, clogs, white coat, stethoscope, ID prominently featured, and The Belt leaning off my waistline, I entered the room. I turned on the lights and approached the patient.

“I’m the doctor, Mrs. Smith. When did this start?”

This went on for a few more exchanges before my sleep-deprived nightfloat patience wore out, and more pagers started ringing. I leaned in real close.

“Mrs. Smith, my name is Sophie Bartsich and I am the surgery resident on call tonight. I am in charge of all of the patients right now, and the only doctor in the hospital at this hour. I would gladly help you if you let me, but in order for that to happen you’re gonna have to warm up to the idea that at this moment, I’m the only friend you got.”

Two months later, I was hunting down an urgent blood transfusion for a different patient when I ran into her nurse. The blood had not been delivered and she was obviously unconcerned about it. It turned out that she had spent the whole morning doing unsolicited chores for a different resident, a tall, dark haired former football player who smiled a lot. I had to go to the lab myself and personally hang the blood on my anemic patient, while he took a lunch break and she changed all of his dressings. There was a lot of that going on.

I thought that it would end when I became an attending. Until my second month in practice when I walked into the recovery room after changing back into street clothes, my ID prominently hanging at my chest, looking for the patient I had just operated on.

“No visitors,” scolded the aide as she placed monitors on my patient.

“I’m not a visitor,” I explained, pointing to my ID.

“Are you the social worker?”

“The one who just performed a six hour procedure on that patient. Shall I let you know what I need for her.”

I still get invitations in the mail addressed to “Dr. and Mrs. Michael Bartsich” (not his real name). I still get pushed around a little by the jocks in the OR lounge (well, they attempt it at least). I still get called “honey” by male surgeons who seem pretty happy with themselves for being so nice to me. And I still struggle with how to deal with it all. Do I make a joke of it? Ignore them? Fight back? Find an ally to fight with and/or for me? It’s hard to know what will help, if anything.

After all these years, it is sobering to see that things haven’t changed much at all, despite the fact that most of the students in medical school today are women. It is also disheartening to realize that, at least in my experience, most of the discrimination I face comes from other women. I want to scream at them and pound my chest, “Are we really the biggest part of the problem?”

What is most peculiar about the whole thing is that, while my gender continues to be a source of frustration in this profession, it is oddly simultaneously becoming a tremendous advantage. At least in plastic surgery, many patients feel more comfortable with a female surgeon. Maybe it’s because I understand their point of view. Maybe it’s because I know how uncomfortable bras are, or because I actually listen to them. Or perhaps it’s just because I can say words like “boobs” without it being creepy and unprofessional. I love being a female surgeon, and I will gladly take the good with the bad at this point.

Taking a moment for introspection, I have to admit that I’ve played my own part in the mess over the years. When I ask a patient about one of their other physicians, I default to “What did HE say?” But I am working on it, and I think/hope that I am slowly becoming part of the solution; and not just by being a female surgeon myself. Having borne the brunt of this bias for many years now, I look back at my 12 year old self and deeply admonish her. “Can’t you see, you loser?” I ask. “The old surgeon was Arthurs’s mother!”

Sophie Bartsich was born and raised in New York City and educated in the French school system at the Lycée Français de New York. She completed an undergraduate degree in psychology at Cornell University followed by a graduate degree from Parsons School of Design. Dr. Bartsich completed her premedical studies at Columbia University, then medical school and residency at the Weill Cornell Medical College, New York Presbyterian Hospital Medical Center. She is currently as assistant clinical professor of surgery at that institution. www.doctorsophie.com