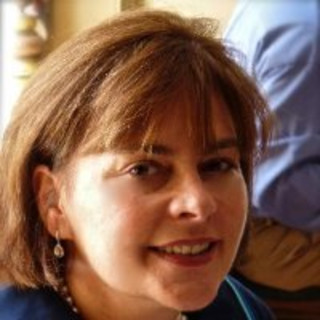 ﻿﻿﻿﻿﻿My husband and I married four days after we graduated from medical school. We decided his career as an ob-gyn would take precedent over mine as a pediatrician and I would be primarily responsible for taking care of our children and home.

I’d always wanted to be a Primary Care pediatrician. In my residency, a female attending I admired had an academic career, was married to another physician and had two children of her own. She had the life I yearned for, but slept five hours a night! I’d never be able to pull off that feat.

In my third year of residency, I had two miscarriages—something had to change. My first year after residency, I was an associate in a well-established pediatric practice three days a week. I soon discovered that I was pregnant again. I swam several days a week, ate nutritious food, and rested when I was tired. My senior associate was kind, jovial, and a great teacher. His staff was loyal and had a baby shower for me before I delivered a healthy baby boy.

Then the fun began: My husband and I moved to a new state, found new positions, cared for a 2-month-old, and had my in-laws care for our child when we worked. I spent three days a week in the office, rounded in the nursery and hospital, and was on call at night and once every third weekend. One office was in a suburban community 20 minutes away, but the other involved a 50-minute commute and the attention of our doctors for any pediatric emergency at the hospital, as we were the only pediatricians on staff.

We also attended many cesarean deliveries at the suburban community hospital 20 minutes away. When that happened, it sure put a delay in office hours! I felt the constant pressure. There would be a straw that would break the camels back with the weight of one more expectation. Eventually, I left this practice, as my male partners were not able to accept any sort of buy in from a partner who would be less than full-time. I was contacted by my hospital administrator to fill in for pediatricians at a military base and took a friend’s position during her maternity leave, while considering further options. It was a chance to breathe.

Soon the straws began to pile up again: another child, a change in my husband’s career, another move, a child who would require a private school setting, and a new position for me in private practice. With the move to a new state, my support system had been ripped away, which is so vital to a young pediatrician and mother. I had to re-establish these supports and plow onward: I volunteered at my children’s school, met new friends, and even co-chaired a school fundraiser. I should have had an inclination that something was wrong when I traveled with my husband to Arizona for a business conference. I relished the alone time as only a mother with two small children can. I sat at dinner the last evening overlooking the surrounding desert sunset and thought, “I have to do this more often.” I’ll admit that I bought in fully to the concept of delayed gratification and dedication to my patients. Self-care was not in the daily schedule. Not yet, that is.

My new “part-time” position had only one office, but nursery duty at three hospitals. I had one associate — a dedicated and diligent physician. Our practice grew to accept another female physician and a wonderful nurse practitioner. As my husband’s new career involved travel, I now had to manage up to 10 days at a time alone. My children attended before and after school care the days I worked. Eventually, I broke. I even quit my job while my husband was in Europe! I just couldn’t do it all.

In retrospect, I should have hired more help for household chores, and been more firm about not “squeezing” patients in at lunchtime and when I had to leave. This was not a pleasant thing to face and I was exhausted, depressed, and definitely needed to change my life.

While in practice, I had become involved with my state American Academy of Pediatrics (AAP) chapter, consulting with childcare centers about health and safety issues. I received a letter from the chapter asking if I was interested in completing training for Child Care Health Consultation. After the training, I was contacted by the senior pediatric advisor of the chapter program to act as a second pediatric advisor. In this role, I was an educator and advocate for health and safety in early childhood settings, child care, Head Start, home visiting programs, etc. I was able to sit as a member of the national AAP Council on Early Childhood. With the help of our entire program, I was able to obtain a three-year, $500,000 grant to improve the care of infants and toddlers in child care centers via childcare health consultation. I occasionally traveled, but could do most of my work remotely (even at the beach). Eventually, the funding for our program lessened and I left this position as well. I’m now enjoying volunteering with the Missionaries of Charity summer camp — traveling, playing pickle ball and tennis, and doing yoga and gardening.

What advice would I give to a young physician? Be open to the possibilities. Listen to your own intuition: I call that God telling me something. Take your own physical and mental health seriously; you are not invincible! Always remember to put your own oxygen mask on first. Now I get to call myself a Primary Care pediatrician, locum tenens provider, national and state educator and advocate, grant writer and recipient, and published author — not bad for an outside-of-the-box doctor.

Beth Ann DelConte is a pediatrician who has had many roles outside of traditional Primary Care.