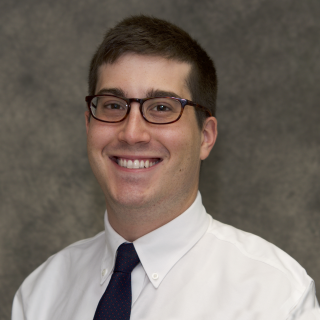 All doctors play a part. More than fifty years ago, the sociologist Erving Goffman memorably wrote about the dramatic nature of professional life in his book The Presentation of Self in Everyday Life. The appeal of this theory is intuitive; I suspect all doctors in the course of their work have experienced an acute sensation of being “on stage” — of acting out a role that requires the appropriate blocking, diction, and costume.

On social media, we also play a part. Anyone who’s shouted in exasperation that they’re “sick of all the drama online” has sensed this. If you’ve criticized digital tropes like Clickbait-style headlines or judgemental internet mobs, you understand the kind of act that often goes viral. This histrionic sensibility is omnipresent in online communities. The mild-mannered professor becomes a rabid critic of the president on Twitter. Your church-going uncle has nothing but nasty, unsympathetic things to say about liberals on Facebook.

In medicine, the histrionic sensibility includes presenting our shortcomings as catastrophic and advances as miraculous.

I think it’s worth exploring online drama in the medical community by asking what value modern communication styles can bring to medical dialogue, rather than assuming a destructive intent.

Take for example cardiologist Dr. Darrel Francis, a participant the recent ORBITA study on coronary artery stenting, who is notoriously sardonic on Twitter, responding to critique with mocking dismissal, rather than a more common bookish gravity. I find Dr. Francis highly efficient in responding to the slew of critiques his provocative ideas inevitably bring.

I suspect that had Dr. Francis adopted a weighty attitude, it could bog everything down, of making insubstantial ideas seem weightier than they are. The internet has manufactured an endless supply of bad arguments. We are unequivocally drowning in logical fallacies, misreadings of the primary literature (unintentional and otherwise), and narratives driven by bad faith and political expediency.

Dr. Francis and his colleague Dr. Rasha Al-Lamee, for their part, have flawlessly deployed the histrionic sensibility in their recent response to a series of letters about the ORBITA clinical trial. Reading their reply, it felt as if Twitter had leapt into the pages of The Lancet. For example, in their reply Drs. Francis and Al-Lamee teased that some critics may not understand how randomized clinical trials work or had an “instinct to invalidate the trial” because it contradicted the status quo. Drs. Francis and Al-Lamee dismissed the dumb ideas for what they were, and addressed serious ideas seriously. And, of course, they were quite pithy, which it turns out is a cunning strategy for getting people to read what you write.

Sarcasm, parody, and drama, when deftly deployed, focus attention better than any of the more earnest modes of communication. A 4,000-word New Yorker or Atlantic article can deconstruct a bad argument quite well, but a laconic satire in McSweeney’s is profoundly apocalyptic to a stupid idea or ill-informed person. Contrast this biting Atlantic profile of Trump advisor Stephen Miller to this literally wordless McSweeney’s article on Donald Trump’s summer reading list. The latter is made for the internet age.

Drama and wit are likely the only viable exception to what is now termed “Brandolini’s Law,” which is that “the amount of energy needed to refute bullshit is an order of magnitude bigger than that needed to produce it.” The efficiency of role-playing is a practical matter, as the role of the pedantic academic is sluggish compared to the dialectical speed of contemporary online dialogue.

This histrionic sensibility is not only more efficient but more democratic. You don’t need to examine someone’s CV before you have a laugh. Provoking reactions — laughter, intrigue, passion, even offense — is often a way of opening the mind to unexpected ideas and voices. Scholarship has been inextricably linked to pedigree, while the best art has unraveled it.

Successful participation in online dialogue does require a certain amount of fluency, and this will inevitably exclude some valuable opinions while amplifying surprisingly vital ones. A willingness to clarify, backtrack, and translate will be essential if physicians are to successfully engage in modern online communication. We must be polyglots now.

I’ve admittedly downplayed the dangers of online play-acting in medicine. Not everyone is “in on the game.” A dry irony easily turns sour. Take a recent controversy that transcended Twitter, landing in the pages of a medical publication called The Cancer Letter. Dr. Vinay Prasad is an academic oncologist whose online presence is gaining steam. In one recent episode, he combined his expertise of evidence-based medicine with online slang to tweet this empirical bon mot: “Run a positive [clinical] trial or STFU.”

I wouldn’t have known about this except The Cancer Letter dedicated nearly an entire issue to Dr. Prasad’s Twitter usage and research. They took special care in explaining to their audience what “STFU” stood for.

But some of Dr. Prasad’s oncology colleagues were offended and seemed to take the whole situation as emblematic of a crass and lax approach to medical research. In a subsequent series of tweets, Dr. Prasad publicly accused a senior oncologist of instigating The Cancer Letter investigation as part of a pattern of harassment. (I can’t speak to the veracity of the claims.) There is no irony here, no sly backing away. Instead, prominent physicians were hashing out a personal beef online. I’m certainly uncomfortable with this idea, as I suspect many in the community are.

Social Media (and its Drama) Enables a Play of Ideas

Personal disputes are not new to science and medicine. Certainly, worse comments have been made in private, and absolute monuments of passive aggression have always taken place in the scholarly literature — Isaac Newton and Robert Hooke created the discursive mode in science as much as they birthed its underlying theories.

The sword of theatricality is double-edged. In the long run, it will succeed best in medicine when it is wielded at ideas and not people. Memes, satire, and politicism, among other theatrical modes, can encourage us to separate ideas from the people who espouse them, to laugh off the wrongness within ourselves and others, to let go of the deadly scientific blunders that continue to weigh us down with tradition and deference over evidence.

Benjamin Mazer, MD, is a pathology resident at Yale-New Haven Hospital. His views are his own, and he reports no conflicts of interest.