Dismissing My Own Symptoms Put Me on Dialysis 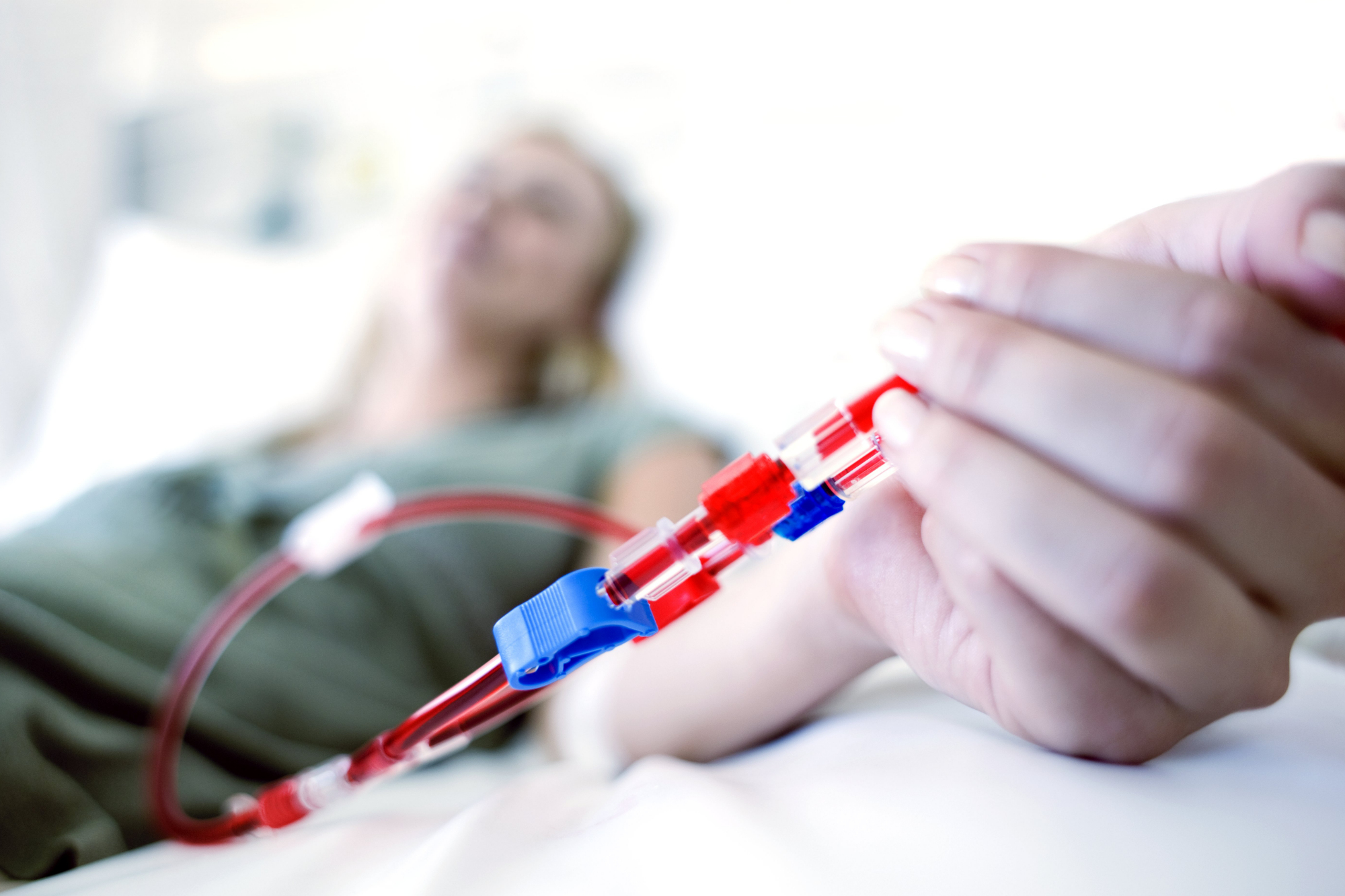 ﻿﻿﻿﻿﻿﻿It was early one Monday morning at the end of April when I walked into the hospital — not because of a scheduled shift or meeting to attend. This time I was walking in as a patient. It all started five days prior. I was working an overnight shift when I started feeling nauseated with mild abdominal pain. When my shift was over, I went home and took a pregnancy test (which was negative).

I went to sleep but tossed and turned throughout the night as the abdominal pain worsened. Minimizing my symptoms as we physicians often do, I pushed it all aside, telling myself I was just overtired or had a stomach bug. But around midnight, the pain had escalated and localized to my right lower quadrant. Again, being a typical physician and self-diagnosing, I figured it was my appendix.

So I texted a colleague who was working overnight and headed into the ED. After blood work, a bedside ultrasound, and CT scan, I was diagnosed with colitis. Why did I, as a 31-year-old healthy normal weight female who eats a healthy diet, have colitis? Both my colleague and myself were stumped. But he started me on antibiotics and discharged me home.

The next several days went by slowly — the pain increased and the diarrhea and vomiting started. I had to call out of my shifts, which never happens. Although my thoughtful husband bought every type of clear liquid he could think of, I had no appetite; nothing was appealing and eventually nothing would stay down. At that point, my urine output significantly dropped.

Due to the incredible power of human physiology, I was somehow still managing to breastfeed my 9-month-old son. On that fateful Monday morning, I was nursing him when I suddenly yelled out to my husband who grabbed our son as I ran to the bathroom to throw up. That was the final straw for my husband who demanded that we go to the hospital. Being the stubborn physician that I am, I tried to suggest going in the backdoor of the ED to get some IV fluids because obviously my only problem was dehydration. But he was not putting up with my stubbornness anymore.

So we drove to the hospital and I slowly hobbled my way into the waiting room of the ED — which, as an emergency physician, I typically avoid like the plague. I was immediately seen by my colleague and friend who started a work-up including blood work and a repeat CT scan. We were not there long before I was told that my creatinine was over six, I was anemic, and my platelets were in the 40s. The next 24 hours were a blur — probably in part due to medications and in part due to how sick I was. I was admitted to the hospital and given a trial of IV fluids, but when my creatinine continued to climb up to 12, I was started on dialysis.

After consultation with several specialists, it was ultimately determined that I had hemolytic uremic syndrome secondary to E. coli colitis. After investigation, the source was found to likely be romaine lettuce. Yes, I am one of those statistics — victim of a foodborne illness outbreak. You frequently hear about these outbreaks (spinach, beef, etc.), but you never think they will have any impact on you. Until it does.

I stayed in the hospital for a total of eight days receiving dialysis, being evaluated by several specialists, and desperately hoping to start producing urine. My creatinine remained elevated and no drops of urine were produced but the dialysis was at least doing its job, so I was discharged home on outpatient dialysis.

I was by far the youngest and “healthiest” patient there. Dialysis has a certain smell to it, which I quickly learned to disdain. Three days a week I would spend five hours at dialysis, watching the clock tick by and listening to the whir of the machines. Dialysis made me feel awful, on top of the awfulness I already felt from colitis, kidney failure, and anemia. There was constant nausea, pounding headaches, severe fatigue, abdominal pain, and swelling. I gained more than 30 pounds of water weight, swelling up to the point that my shoes and clothes no longer fit. During this time, there were many thoughts that ran through both my mind and my husband’s mind, some of which we dared speak out loud.

Would I be on dialysis forever?

Would I need a kidney transplant?

Would I ever be able to work again?

Would I be able to run around after our son?

Would I be able to have more kids?

The days in that month went by slowly, but luckily, I was surrounded by love from family and friends. My son brightened my days with his giggles, and my husband supported me in every way possible, both physically and emotionally. One day I started peeing again — I have never been more excited about pee! Slowly, the amount of urine increased. And eventually my kidney function started returning to normal. By the end of May, I was taken off dialysis and two weeks later I was allowed to return to work. It took three more months before my kidney function returned to normal and several months after that before my strength returned.

A year later, I am healthy and pregnant with my second child. While life has gone back to every day “normal,” many things have changed as an effect of my experience. My husband and I moved our son to be closer to family. I stepped away from academic medicine in order to spend more time with family. I now spend more time explaining and listening to my patients. I certainly have a lot more respect and empathy for dialysis patients. And I stay away from romaine lettuce.

Above all, the entire experience taught me a few important lessons:

1) Do what makes you happy.

2) Appreciate every day that you wake up and get to spend time with the ones you love.