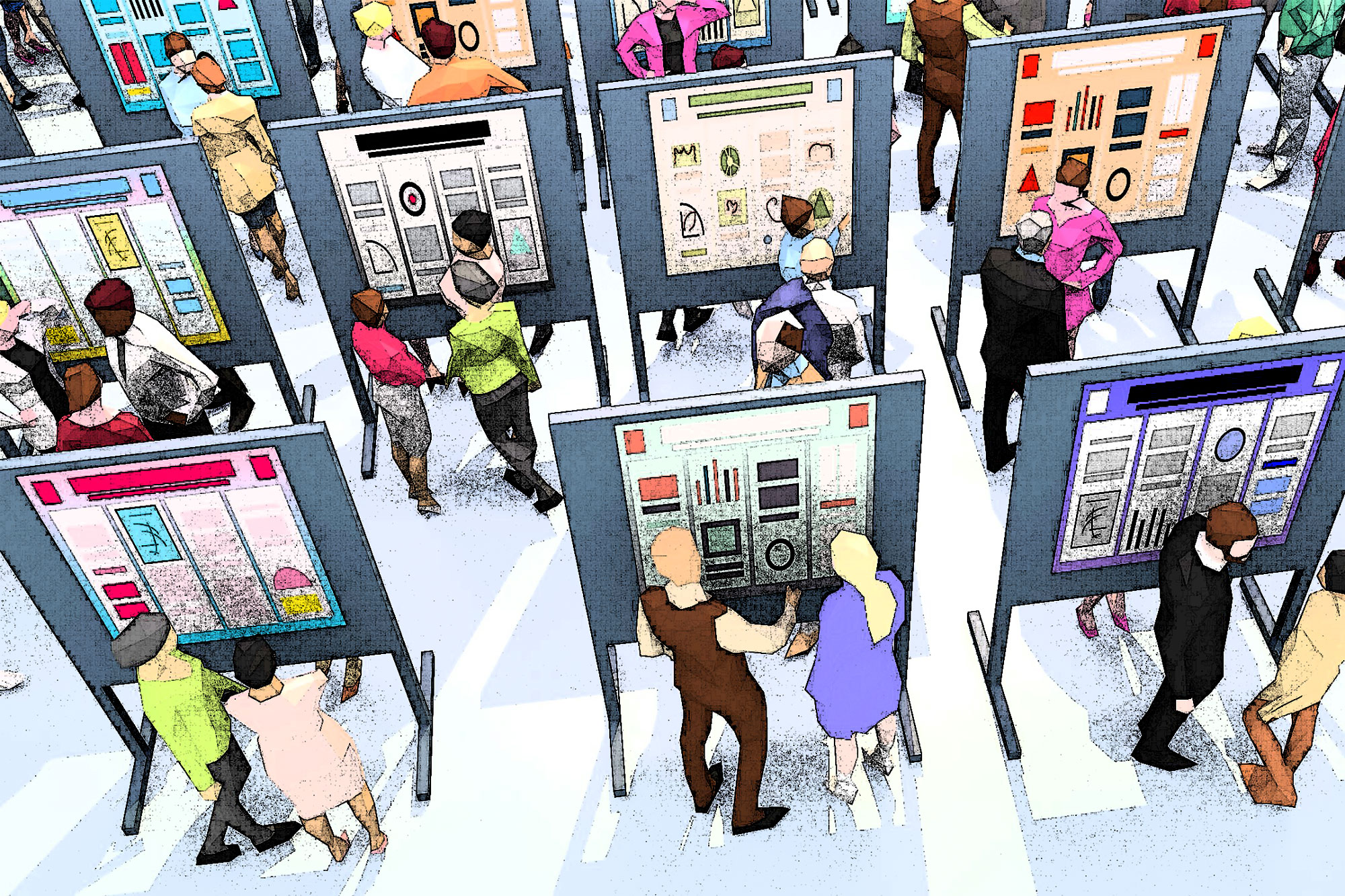 Continuous Positive Airway Pressure (CPAP) is the gold standard treatment for obstructive sleep apnea (OSA). CPAP adherence is crucial but hard to achieve. To characterize adherence, Dr. S R Patel looked at all adherence data from 2015 to 2018 in the Philips Respironics database. Unfortunately, 69% of the data had to be rejected for various reasons. Of the rest, 73% of patients were adherent (defined as use for at least four hours a night for at least 70% of nights over a 30 day period in the first 90 days of use). 55% of young adults ages 18-30 were adherent. The percentage increased with age up to ages 61-70. Men were more adherent than women. Patients started on CPAP in January were more adherent than those started in May. Fewer patients (about 68%) were adherent in California and New York, and more (more than 79%) in some Mountain states and some parts of New England. The Buffalo area had the lowest adherence rate (less than 30%). Patients who saw a PCP in the past year were more likely to be adherent (r2=23%). Adherence was not related to the revenue of the DME supplier they used, or the billings of their treating physician.

How to Improve Adherence

Dr. N S Khan looked at the effect of four family engagement sessions with a caregiver and the patient. These were group sessions. The first session was education, the second was making a commitment, the third was goal setting and negotiated plan, and the final session included a two on one meeting with a provider. The intervention group was older than the control group (age 58 vs age 50). The proportion of adherent patients was not different, though mean hours of use increased significantly.

Dr. S I Patel looked at the effect of peer support intervention on the mentor providing the support. The mentor’s CPAP adherence, use, or quality of life did not change compared to before starting mentoring.

Dr. E M Beck looked at the effect of cloud-based care. Patients with AHI ≥15 were started on CPAP. 126 patients received standard care, while 124 received standard care with cloud based care. They were introduced to CPAP in a group setting and got their CPAP. The intervention group then received phone calls at days three, seven, and 14. Adherence was reviewed during the phone call, and device and mask issues addressed. Then there was a telephone call at day 32. If they were non-adherent at day 32, they received phone calls every 14 days until day 90. If they were adherent, they received a phone or face-to-face visit at 90 days. The percentage of adherent patients was 66% in the cloud-based care group, compared with 53% in the standard care only group. There was no difference in the Epworth Sleepiness Scale (ESS), a questionnaire that measures tendency to fall asleep, between the two groups.

Why Adherence Is Important

Dr. Terri Weaver (1) stated that self-reported sleepiness as measured by ESS is normal in 40% of obstructive sleep apnea patients. With four hours of nightly CPAP use, it becomes normal in 65% of patients, and plateaus there (so that using CPAP more does not improve ESS to normal in more patients). The plateau occurs at six hours of nightly use for the multiple sleep latency test (a test for how quickly one falls asleep when asked to), with 25% of patients becoming normal (as opposed to 10% of sleep apnea patients being normal). For 50% of patients to report normal values on the FOSQ (a questionnaire measuring quality of life, with 30% being normal before CPAP use), it requires seven and a half hours of nightly use.

Patients who were adherent to cholesterol medicine (simvastatin) as measured by whether they filled their prescriptions regularly, were more likely to be CPAP adherent. In the biomedical domain, age and gender do not predict adherence. Partner engagement does affect adherence, as do peer buddies. In the psychological domain, those who could define risks of OSA, identify outcomes, and believed CPAP would help, were more likely to be adherent. In the self-efficacy domain, those who were adherent were more likely to believe that the CPAP was helping them. Higher claustrophobia affects adherence. However, if patients keep trying, claustrophobia decreases over time. Motivational improvement nurse therapy improves adherence. Patients who monitor their own adherence are more adherent than those who do not, by almost an hour, but their ESS and FOSQ are no better.

I also presented a poster comparing adherence on APAP and after switch to CPAP, among patients having side effects with APAP, remaining sleepy, or non-adherent to APAP. Adherence improved from 69% on APAP to 83% on crossing over to fixed CPAP. Sleepiness also improved with change in Sleepiness –Wakefulness Inability and Fatigue Test (SWIFT), a questionnaire measuring fatigue and inability to stay awake, improving from 4.1 to 5.2 points, and change in ESS improving from 2.9 to 3.6 points.

To sum it all up, CPAP works very well, but only if the patient uses it. Strategies to improve CPAP adherence are crucial, and should involve educational and supportive intervention, as well as addressing and alleviating side effects (especially awakenings and arousals).