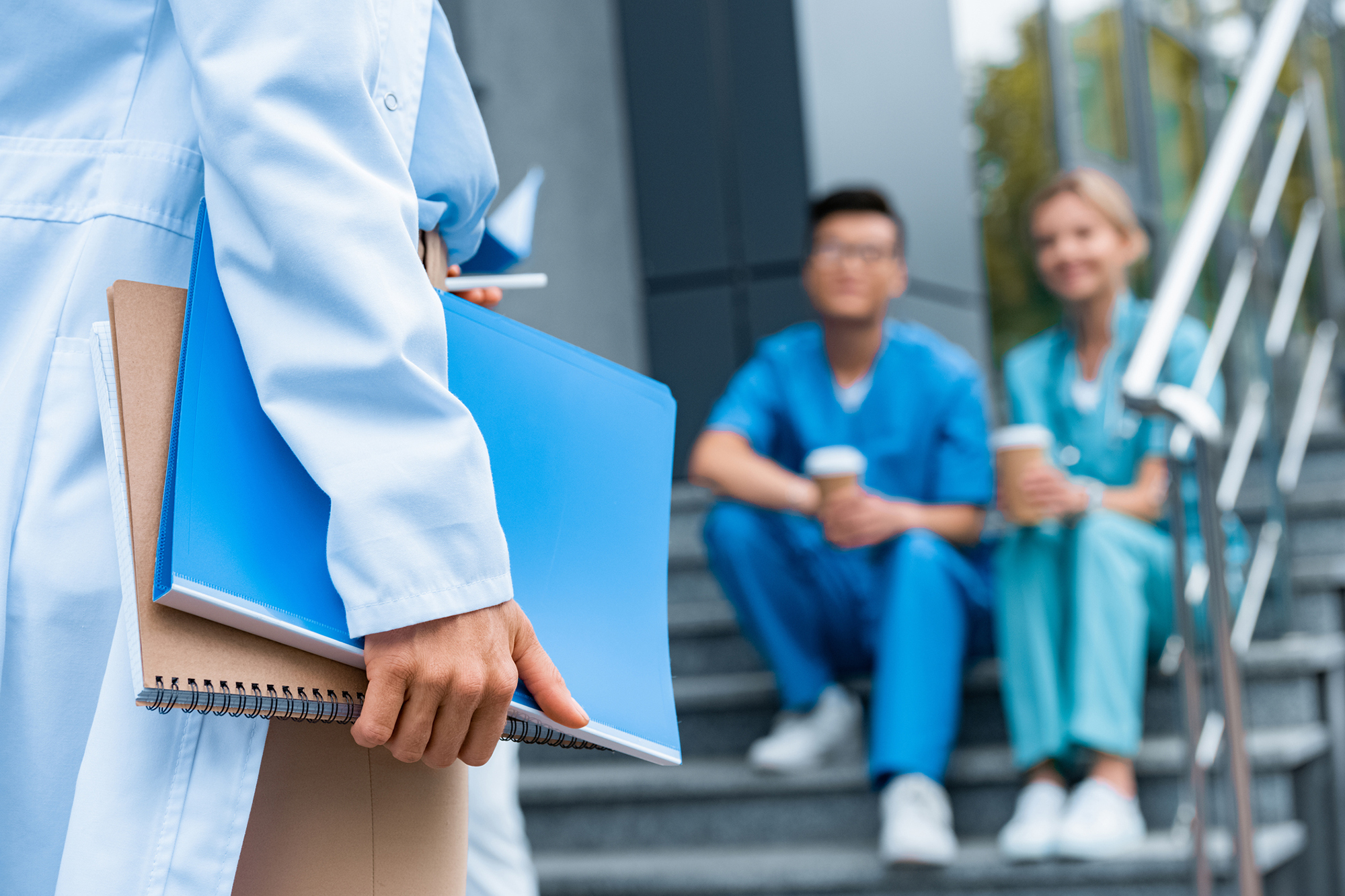 Everyone remembers receiving their first medical school acceptance. I was 19 years old, standing in the middle of my sorority house when my magic phone call happened. As expected, all of us girls screamed. After the excitement settled, one of the girls in the room asked why I was doing this to myself at my age. Soon, they were all chiming in with the same types of questions: Why are you giving up an extra year of college just to “waste” your youth in medical school? In the excitement of just having been accepted, I said something about “starting early was no big deal.”

Later that evening, though, I couldn’t fully shake their words. Were they right? Had I made a mistake? I was unsettled, but there was no turning back the clock, and I was confident that if I worked diligently, medical school wouldn’t defeat me. Flash forward and here we are. I am a third-year medical student and, it turns out, burnout is a very real thing. And that question still looms: Were they right?

To be honest, I contemplated this question on several occasions during the first two years. Nothing makes you re-think your decision to be a doctor like the Step 1 dedicated study period does. Now, at 22 years old, sitting in the library alone at the peak of summer, Instagram is my worst enemy. Opening that sweet and tempting little app makes me resent myself every time — a little more with each scroll through my feed. I should have been wrapping up my undergraduate career and partying my way through my last few classes. Instead, here I am, riddled with guilt for procrastinating reading First Aid.

So, were they right? Did I throw away my final developmental years? There have been times when I started to think so. But, the real answer, I think, is not really.

Many people worry about starting graduate school too early, citing concerns about immaturity. This is a justified concern and, to be honest, I was more immature than most of my class. Half of them had already lived in the real world. They understood life in a way that I just simply didn’t. I had never really left my parents’ financial blanket. I had never filled out a tax form, hoped that I wouldn’t lose a job, or worried about paying a mortgage while supporting children and a spouse. However, I knew students who had experienced one or all of those things. But not having those experiences didn’t mean I was too immature to be where I was — namely, in medical school.

People confuse immaturity with a lack of life experience. With the right mindset, anyone at any age can go to medical school. However, I do agree that your late teens and early 20s are the prime time for personal development. I spent those years in an incredibly stressful environment, and there were plenty of tears. At times, it was difficult for me to see the big picture, to remind myself that the struggle was temporary. I mean, all I had done since age 4 was school. Upon entering medical school, I barely knew what I wanted out of life. I was very much still discovering exactly what type of person I wanted to become and what my life goals were, explorations that others typically make during college.

I believe that beginning this career path at a young age can make it harder for you to grow into who you truly are — because you sometimes have to bury self-discovery in the jumble of stress that defines each day. But I don’t believe beginning early is a “waste.” For anyone younger than the rest of the pack and considering making the jump, you have probably already heard the disadvantages, but let me also remind you of the benefits.

I’m 23 right now and about to begin applying for residencies. One of the biggest things my peers are struggling with is balancing what they want out of their personal lives with what they want out of their careers. Many of them want to settle down and start a family, but also want a career that requires a long residency. They know that time is ticking and they are torn. Several of my peers have considered pursuing specialties that have shorter residencies simply because they feel they don’t have enough years of their youth left to spend too much time in training. I have the luxury of an extra couple of years.

Also, because of my youth, I will be financially stable earlier in life, which will give me more flexibility in my work hours as I age. An earlier start can mean earlier finish. And while I’m ranting on, let’s address competency. Sure, I’m younger, but I am not any less capable; it’s not the case that starting medical school younger meant I lagged behind academically.

More and more, as I get closer and closer to finishing this journey, I can honestly say that I wouldn’t change a thing. I have made friends (yes, all older than me) that I can guarantee I will never lose contact with. The reality is that medical school is brutal. Putting it off wouldn’t have made it any less difficult, and having this experience at a young age has humbled me in so many ways.

Shefali Khanna is a medical student at the Joan C. Edwards School of Medicine at Marshall University. She has been a dancer and choreographer since age 5, and serves as the Marshall Medical School senator for the university’s combined undergraduate and graduate government association.