Coming to a Watch Near You: Implications of the Apple Heart Study 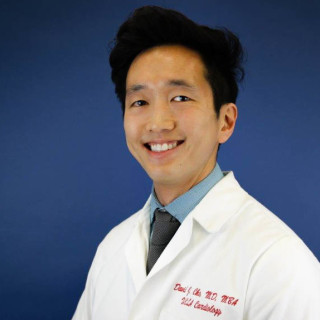 One of Apple’s most memorable advertising slogans is “think different”. It is no surprise that the first large-scale digital health study involving Apple follows that mantra as well.

The Apple Heart Study took center stage at the American College of Cardiology’s 68th Annual Scientific Sessions in New Orleans. Featured as one of the late-breaking trials — the meeting’s equivalent of a headlining artist at a music festival — nearly 420,000 participants enrolled over only 8 months to determine whether the Apple Watch’s optical heart rate sensor could accurately detect atrial fibrillation. Led by co-primary investigators Drs. Mintu Turakhia and Marco Perez of Stanford University, they presented the eagerly anticipated results to a packed auditorium. Excitement and discussion spread quickly online, and as of this writing, there are over 1,500 tweets tagged with #appleheartstudy.

Moderating the #AppleHeartStudy, #JACC Editor, Dr. Valentin Fuster questions how much the public will change their behaviors (#adherence) and the cost-effectiveness of using smart tech for #aFib patients. pic.twitter.com/ijCYRlvWwl

What Did They Find?

The Apple Heart Study: it will change the way we think and design digital health trials.

In brief, among 400K enrolled, irregular pulse notifications were sent to 0.5%, 34% of them were finally diagnosed with AFib. What do we do with this patients? #ACC19 #AppleHeartStudy pic.twitter.com/X8VkYnEdXY

These results are not the paradigm-shifting results that the PARTNER 3 trial unveiled, which showed that TAVR is effective and safe compared to SAVR in the treatment of severe aortic valve stenosis for low-surgical risk patients. The Apple Heart Study, however, was never designed to study clinical outcomes. It changes the landscape in a fundamentally different way.

Why Does This Study Matter?

The study’s steering committee and Apple chose to “think different” when it came to planning and executing the Apple Heart Study. It was the first of its kind to evaluate the performance and safety of consumer-facing health technology in a way that incorporated real-life use. The goals were to define algorithm performance, notification burden and patient safety using a novel mechanism in a real-world setting, and the study successfully achieved those aims. Algorithm performance was decent, notification burden was low, and adverse reactions were also low and related to higher self-reported anxiety.

An understated success of this study is how the investigators were able to perform a large-scale study in a short period of time using a virtual framework to enroll and follow patients. A wide consumer base with representation from all 50 states democratized the study and made it both pragmatic to execute and easily scale.

The Apple Heart Study is the first chapter in studying consumer-facing digital health tools. Before looking at outcomes, we needed to first determine whether to trust the fidelity, reliability, and safety of the data. The second chapter has already started. Johnson & Johnson and Apple have teamed up for a sequel study called HEARTLINE to build upon the Apple Heart Study. HEARTLINE will be a randomized clinical trial involving the Apple Watch that will measure outcomes of participants who receive the abnormal notification with a heart health engagement program, and will also track medication adherence through a special application. More importantly, the studied population will target those with the highest prevalence of atrial fibrillation, adults aged 65 and older.

It is an exciting time to explore how direct-to-consumer devices incorporate into our existing care pathways, but we must exercise caution about the hype, particularly with widespread screening in low-risk populations. Dr. John Mandrola, a prominent cardiologist and self-described medical conservative, worries about the consequences of trying to make healthy people healthier, warning “you always risk making them worse”. There is no going back now. These tools are here to stay. It is only a matter of time before we become not only medical support, but the tech support as well for our patients.

David Cho, MD, MBA is a board-certified cardiologist and Assistant Clinical Professor at UCLA Health – David Geffen School of Medicine. He loves shiny gadgets that try to improve both life and health. He also inevitably ends up being the unofficial tech support for those gadgets for patients, friends, and family. Find him on Twitter at @DavidChoMD.

'I Almost Shot Myself in the Head': A Doctor Addresses Suicidality Stigma

If We Don’t Help Ourselves, Who Will?

Are We Consuming Ourselves Into the Poor House?

Two Eyes Are Better Than One