Comfort Is Where You Find It 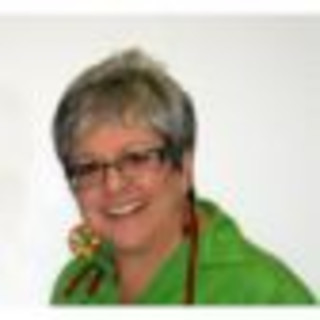 I stood staring out the window, crying silently. The bright, southern California sunshine was irrelevant, the palm trees an ironic symbol of an oasis that I could not find. I had lost the first patient that I knew well and with whom I had a deep personal relationship.

Judy*, a teenager, had leukemia in the days before high technology bone marrow transplants and sophisticated chemotherapy. She was dying. Her hematologist and I were in constant contact as I ordered enough intravenous drugs to minimize her pain but still allow her to communicate with her mother and me, which she ardently desired.

I had other responsibilities on the pediatric ward, but I kept returning to Judy’s beside whenever I could. During one of my absences, she told her mother that she was really tired of fighting her disease, and her mother told her it was alright to stop. Her mother gave her permission to die. The next time I returned, she was gone.

Her mother told me that one of the last things she said was, “Where is Doctor Stern?”

Besides my sorrow at her death, I also felt that I had let her down. I felt that after all our time together I should have been sensitive enough to sense the time and should have been there. It was as though I had eliminated all that we had meant to each other because I blew the most important moment. I cried with her mother and signed the appropriate papers, but then I needed to cry for myself — for my fallibility, my lack of omnipotence.

I went to a deserted corridor outside to cry, and after a few moments I sensed another person. One of the maintenance men with whom I often joked and talked with was looking at me silently. I turned my tear-stained face to him and he silently held out his hand. It held a fresh, red apple. Even though he had no idea where my pain came from, I realize this was a spontaneous expression of his sympathy, and his statement of our connection, however fragile. I understood it to mean that I was all right, whatever inadequacies I thought I had realized; that there are ways to make pain better and go on, forgiving ourselves along the way. I took the apple and his empathy at the same moment.

People often do not know what to say, so they say nothing. That only serves to isolate us farther from each other. Parents who have lost their children, for example, tell me that friends will avoid talking about their dead child, probably thinking that is is too painful to bring up and not knowing what to say anyway. If a moment comes when the departed child would have enjoyed something or a holiday arrives with the child conspicuously absent, telling parents that you are so sorry that child isn’t with them to share it is not a painful recollection but a comforting reassurance of the child’s life and meaning. I have learned from my patients that it almost doesn’t matter what you say as long as you make some kind of contact. Over the next 45 years, I have allowed myself to take comfort wherever I can find it, often from my patients.

I even found comfort from a two-year-old once. One early morning, my husband and I woke to a powerful earthquake. After checking on our loved ones, I chartered a helicopter to reach our practice, as the only highway into the valley had collapsed, leaving our patients isolated. The next several days were filled with aftershocks and chaos — the hospital was running on no water, no usable office, and we were working out of a dark, dirty, unoccupied pharmacy. By the third day, I was out of adrenaline, running on obscure hormones my body was dredging up out of some ancient survival mechanism.

Then I saw Monique*, a beloved toddler with a perpetually inquisitive expression and hair that bounced when she walked. She was waiting to see my partner, but I bent down and said, “Monique, I need a hug.” She reached up and hugged me hard around my neck, patting me on the back as we embraced. I couldn’t believe how comforting those little pats felt. As I walked away, refreshed and ready to work some more, I felt ashamed that a big, strong, independent woman like me took comfort from a toddler. Then I rethought it.

What’s wrong with taking comfort from anyone or anyplace you can find it? Comfort can come from the most unexpected quarters, and we should be ready to accept it where we find it.

*Patient names have been changed for confidentiality.

May 31, 2018 Link to #CrazySocks4Docs Raises Awareness of Mental Health in Medicine

Aug 26, 2019 Link to The President and CEO of ABIM On Improving Trust in Health Care

Read Before I Forget