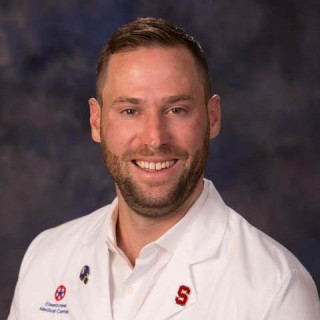 Friday night, 3 a.m., a major tertiary referral center in downtown Chicago on an otherwise run-of-the-mill evening with a speckling of MIs, elderly folks with urosepsis, and the customary litany of drunk and/or drugged up youth spitting, vomiting, and cursing.

But, as we in the emergency medicine realm know, there isn’t anything customary or routine in the ED.

One can tell, after listening to a plethora of different EMS calls over the years, that when your good colleague and friend, a paramedic of 20-plus years, radios over and sounds as frantic as a first-day rookie, that something is terribly, terribly wrong.

“Ambulance unit 45 here, on scene with a mid-20’s Asian male, CPR in progress after being pulled from the Chicago River, s/p unknown submersion time.”

Definitely not good. Especially when it’s mid-December in Chicago and the temperature is hovering at a balmy 19 degrees. Additionally, due to the contained element and flow of the river, it does not freeze over, so the water can be below freezing temperature and still be in the liquid state.

Prolonged cold exposure, either through submersion/drowning or freezing ambient temperatures, results in significant pathophysiologic multi-system injury. From local tissue damage to significant dysrhythmias to cardiac arrest, the spectrum of cold injury is broad.

As emergency physicians, we are at the forefront of resuscitation in cold-related injuries. There are a multitude of techniques in active rewarming of a patient, obviously depending on the extent of tissue exposed and the associated core body temperature. When the injury supersedes simple frostnip/frostbite and results in profound hypothermia with resultant cardiopulmonary collapse, simple passive rewarming techniques — including bear hugger devices, packing the axilla/groin (points of high vascular bundles) and warmed peripheral intravenous fluids — fail to quickly and efficiently raise core body temperature. This is when active rewarming techniques come into play. Examples include bladder lavage, intra-thoracic fluid administration, dialysis/CVVH, and even VA/VV ECMO. Depending on your institutional policies and practices, along with the case scenario at hand, your emergency department approach to active rewarming will vary accordingly.

Traditionally, the practice of intra-thoracic lavage with warmed IV fluids has necessitated placement of bilateral, anterior, and posterior chest thoracostomy tubes — one for rapid, continuous IV fluid administration and the other for passive drainage of the cavity. This universally results in a very messy, often leaky, infusion, with the body becoming drenched in fluid that can in turn make continuous CPR and subsequent defibrillation quite difficult, if not outright dangerous.

During this recent cold-water drowning and resuscitation, our ED team utilized a novel method of intra-thoracic lavage, which obviates the need for the anterior chest tube and its associated complications. Instead of the anteriorly placed chest tube, we utilized a central line cordis, placed anteriorly in the second or third intercostal space under catheter over wire technique. This is done similarly to a cordis placement in the internal jugular or subclavian vein, except without the anticipated bloody return. It is a procedure that can be done extremely rapidly compared to chest tube placement, has little to no risk of cardiac/lung parenchyma injury when used with the angiocath, and has the distinct advantage of having an actual attachment to IV tubing to facilitate clean, rapid lavage.

This is obviously a novel technique and has no evidence-based improvement in outcomes. But, it is one with little downside and one that facilitates continuous cardiopulmonary resuscitation as well as controlled rewarming for the severely ill cold exposure patient.

After nearly two hours of continuous CPR, rewarming, and eventual initiation of ACLS/defibrillation, our Chicago River tragedy achieved ROSC. Exhausted, wet, and mentally worn out, our ED team emerged from the trauma bay to take just a few seconds to celebrate our efforts. Until, of course, the next tele-radio call emerges with that midnight multiple GSWs to the chest. All in a day’s work, but a day’s work that I would never change for the world.

Gregory M Apel MD is an attending physician at a way too busy community hospital in Rancho Mirage California. Between central lines and hip reductions, he loves spending time teaching residents and medical students the ways of the emergency medicine world. Outside of work, he can be found playing terrible golf, or racing around the desert in his car.