Can You Handle the Complications of That Procedure You’re Doing? 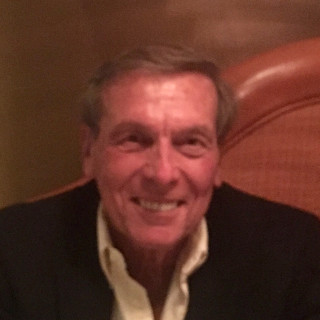 A voice comes over the hospital speaker system, “Will any thoracic surgeon please report immediately to the radiology department?” A needle biopsy of the lung, done by a radiologist, has resulted in a pneumothorax — a chest tube needs to be inserted by someone who knows how. Later the same day, a cardiac arrest occurs in the gastroenterology laboratory during an esophageal dilatation — the esophagus has been perforated by a gastroenterologist and emergency surgery is required by someone who knows how to deal with this complication. In another part of the hospital, a physician who took a course in laser angioplasty and angioscopy has bought a new machine and tried it out on an elderly man with intermittent claudication. The man’s leg turns cold and white — the physician asks his nurse to call for a vascular surgeon to handle the new problem.

Do any of these scenarios sound familiar? Let me list a few more.

A cardiologist performs a permanent pacemaker implantation in the cardiac catheterization laboratory. Later that day, the patient goes into shock. Cardiac tamponade is present in a cardiac surgeon is summoned to fix the perforated right ventricle. Another cardiologist, doing a similar procedure, can’t find the subclavian vein, gives the patient a hemo-pneumothorax, then asks a surgeon to transfer the patient to the operating room to remedy the situation. Still another patient develops severe sub-sternal crushing chest pain after a “successful” percutaneous transluminal coronary angioplasty — he requires open heart surgery. He lives but suffers a “peri-operative” infarction. The angioplaster is not present for the surgery.

Are these isolated incidents? Not at all — here are more.

An interventional radiologist does a percutaneous angioplasty of the left renal artery. The patient develops an acute abdomen — a general surgeon is asked to evaluate the problem. Out-patient bronchoscopy is performed by a pulmonary physician and a biopsy of an endobronchial lesion carried out. Massive hemoptysis results and rigid bronchoscopy with possible thoracotomy is necessary by someone to train to deal with this outcome.

Percutaneous gallbladder and biliary tract studies done by someone results and complications necessitating care by someone else. Colonoscopy with polypectomy can result in bleeding and possible perforation requiring emergency abdominal surgery. Radiologists are dilating prostatic urethras — are the urologists asked to stand by in case a complication develops? will they be consulted at all? There are reports of cardiologists and interventional radiologists performing percutaneous carotid artery angioplasty. Sometimes the patients are taken to smaller hospitals where the procedure will not be questioned and the likelihood of disciplinary action is low. A weekend course is offered to cardiologists entitled “Percutaneous Partial Cardiopulmonary Bypass Support in Complex Angioplasty.”

How did this all get started? When did physicians start doing procedures which have certain known complications for which they were neither trained to recognize nor manage? More important, perhaps — is this practice right? If not, why does it go on? Intuitive patients and their families used to ask me prior to my “standing by” for coronary angioplasty, “shouldn’t YOU be doing this”?

The reasons for these daily medical occurrences may be explained by 3 E’s: economics, ego and egalitarianism. The economic fact is that our physician reimbursement system these past twenty years years or so has favored the “procedural” over the “cognitive” physician. The “cognitive” doctors are not stupid — not only are they doing more and more procedures, but on a second front have launched a successful crusade for increasing their reimbursement for thinking. Their justification for the latter far outweighs any rationalization for the former.

Ego is very subjective, but few physicians like to refer their patients to another physician. Indeed, in these days of managed care and HMO disincentives they are encouraged not to refer, a clear conflict of interest when they are financially rewarded for their “bottom-line” success. Additionally the patient may not think his physician very smart, or not very well-trained, or even timid. Worse, the doctor may think he will lose his patient (from his practice, not as in death). The fact is most patients would probably appreciate the good judgment shown by their doctor for referring them, and will respect him the more for it.

The Economics and Ego of medicine have led to the push for Egalitarianism. Non surgeons have never respected surgeons for anything other than their technical skills. In fact the most important attribute of the best surgeons is good judgment — knowing when NOT to operate as well as when to operate. Is this not a cognitive act? Is not every surgical procedure a series of hundreds of small cognitive acts which lead to a successful outcome? Is not the pre-operative and post-operative period filled with decision-making? If so, the surgeon should be charging for his cognitive skills as well as his technical expertise.

Is doing a procedure, getting a recognized complication, and not being able to handle it good judgement? Is this not, in fact, faulty thinking, faulty cognition? You can’t have it both ways.

Cardiothoracic surgeons began to abdicate their roles at bronchoscopists esophageal surgeons, and pacemaker experts, as they became increasingly involved with coronary artery bypass surgery. They were content, even eager, to allow others to prepare the patient for them, because they could enjoy doing just the surgery. It is the surgeon’s nature — they love how their cognitive skills come together with their technical skills to achieve the desired result. So, it is partly their own fault that this new standard of care and practice has evolved.

Is it too late? Probably. These episodes have indeed become the new standard of practice. Besides, these practitioners are themselves the “gate-keepers” to the patients. Any suggestion to them that they should stop doing these things will result in no further referrals to o the physician who makes such a suggestion.

The standard rejoinders by the cardiologist who heads these criticisms, is to say that this practice is no different than when he is called into surgery to help with the management of a potentially malignant dysrhythmia during a cholecystectomy. This is NOT at all analogous. The dysrhythmia is not an unexpected complication of general surgery. It is an unusual finding which deserves consultation with a specialist.

Is this practice right? Absolutely and categorically, it is not. No physician should perform any procedure if he is not capable of handling any of the known possible complications himself. It is not right for the radiologist to stick a needle in a man’s lung if he does not know how to insert a chest tube. It is not right for a gastroenterologist to dilate a man’s esophagus if he is untrained in the recognition and management of esophageal perforation. It is not right for a non-surgeon to implant pacemakers without proper surgical training in anatomy, handling of tissues, and the ability to take care of life-threatening complications of this operation.

To allow these interventionists to continue to do these things without requiring them to assume full responsibility for their actions, makes them unduly aggressive and their alters their judgment and decision-making throughout each patient’s course. Economics has dictated the practice, ego has driven it, egalitarianism is the goal, and the patient loses.

It is not right.