BMI Is a Poor Predictor in Post-Menopausal Women 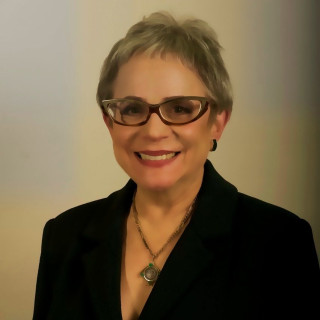 Banack et al in March 18 issue of Menopause published an article entitled “Is BMI a valid measure of obesity in menopausal women?”

The hypothesis they examined is that presently 40% of women in the USA are obese, using BMI as index, but BMI is merely a proxy for body fat. The researchers used a more accurate measurement methodology, whole body dual x-ray absorptiometry scans which is, albeit, tedious and expensive, but yielded very meaningful results. They found that the incidence of obesity is much higher than ascertained by BMI calculations.

1329 postmenopausal women ages 53–85 were examined. Obesity was defined as a BMI > 30 and different cut points were assessed: 35%, 38%, or 40% body fat. Most of the women whose body fat percentage was 35% or more had a BMI under 30. Thirty-five percent body fat indicates a degree of adiposity associated with a greater risk of obesity-related health problems. Stated another way, 32.4% of women with 35% body fat also had a BMI > 30, but that means that 67.6% did not. Setting the cut point for obesity a bit higher, 44.6% of women with 38% body fat had BMI > 30 , but that means that 55.4% were misclassified using BMI. And even pushing up to a cut point of 40% body fat, 55.2% of women had BMI > 30, but 44.8% of obese women were classed as normal or merely overweight when, in fact, they were obese and at risk for the metabolic aberrations associated with obesity. Said as simply as possible,

If we use percent body fat as the determinate for classification, most postmenopausal women are obese, even with BMIs under 30.

Why is BMI such a poor predictor in postmenopausal women? When I was practicing, women over 40 would come in and say, “I don’t know what has happened to me. Nothing has changed (really??) I eat the same, I exercise the same, but I am getting fatter and fatter.” A lot changes between 20 and 40, and even more between 40 and 60. There is a massive age-related shift in visceral fat between the 3rd and 7th decade of life. Men evidence a 200% increase in visceral fat mass. But for women in the same age interval, visceral fat increases by 400%, from an average of 31.79 cm2 to 125.7 cm2 (Hunter, 2010).

This shift occurs in both sexes, and is related to loss of muscle mass, decreased bone mineral density, weight gain, and a shift in peripheral to central fat pattern. But in women, the shift is compounded by a great dominance of android fat distribution versus the gynoid distribution of more common in younger women (Ley,1992). Whilst younger women tend to amass fat on the hips, thighs and buttocks, older women accumulate fat on the trunk, abdomen and intra-abdominally. Centralized fat stores differ metabolically from the energy fat accumulations in reproductive age women. Visceral fat causes increases in adipocytokines, such as plasminogen activator inhibitor 1, which is thrombogenic. Adiponectin, which is protective, decreases as visceral fat increases, predisposing to the metabolic aberrations, including hypertriglyceridemia, lowered HDL, elevated Apo B, increased small dense LDL, insulin resistance, hyperinsulinemia, glucose intolerance, impaired fibrinolysis, inflammatory cytokine production, and endothelial dysfunction. (Kopelman, 2010)

To link these findings with clinical practice, there is a linear correlation between intraabdominal fat and waist circumference, and increases in waist circumference correlate with worsening metabolic risk factors. Increase in girth is the most common complaint I used to hear from women as they got older, Nothing fits, where did my waist go? Such complaints may sound trivial and vain, but they are markers of significant increases in metabolic risks. Banack concludes that the cut point for obesity (not overweight) in menopausal women may actually be at the upper threshold of the current normal BMI, 24.9.

The prevalence of overweight and obesity now is 65% for women between 40 and 59 years, and 73.8% in women over age 60. Clinicians need to implement at least three actions. The first is to increase the acuity and urgency of screening and treating prediabetes, diabetes and vascular risk factors in menopausal women. Second, we need to educate our patients about the risks of excess fat mass. Patients think that vascular disease means a sudden heart attack and sudden death. They need to be informed that obesity also increases the risk of stroke, dementia, cardiac disability, arthritis, cancers, etc., complete constellation of disorders that cripple women as they age. Third, we need to offer effective options for weight loss. We must emphasize that obesity is a modifiable risk factor. Weight Watchers works. And like alcoholics, some of us will need to attend meetings for the rest of our lives to keep the weight off.

I took this study very much to heart, and went on a very strict diet. My husband lost 10 pounds. (I did too).

Maida Taylor, MD, MPH practiced general ob-gyn in San Francisco for 25 years. She then worked in medical affairs in women’s health for Eli Lilly, Novo Nordisk and Esprit Pharmaceuticals. Recently, she did a lateral career shift; and now is a pharmacovigilance and drug safety consultant, working on drugs for rare genetic disorders. She has no conflicts of interest in the women’s health sector.