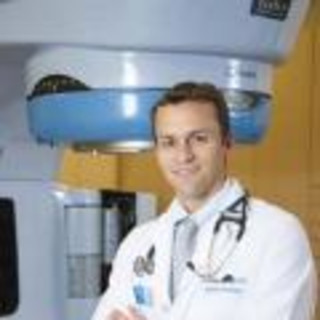 The buzzing sound permeated my sleep. Well-trained from many nights of home call, my right arm reached automatically for the phone on the nightstand. Through bleary eyes I could make out the time: 4:50am. “Can’t this just wait until morning?” I sighed. As my eyes came into focus, the name on the screen jarred me awake. Why was my best friend’s wife calling me at this hour? But I already knew. Call it an oncologist’s intuition.

It may have been early morning at my home on the east coast, but in Hawaii, where Matt and his wife had gone to celebrate the conclusion of more than a year’s worth of chemotherapy and radiation, it was only late evening. But the time didn’t matter. My best friend — now my most important patient — was in dire need. His wife coolly explained the facts: rapid onset headache, nausea, vomiting, and then unresponsiveness. Through a flood of tears, she passed the phone to the ED attending who showed me the head CT via FaceTime; it was a picture I had seen before as a radiation oncologist — hemorrhagic brain metastasis. This time was different though; it was one of the worst cases I had ever seen. The entire right hemisphere appeared white with hemorrhage and bulged several centimeters beyond midline. As I viewed the surreal images on my phone, I felt my heart sink into my feet. The ED attending interrupted my nightmare: “The family is asking what you think about neurosurgical intervention.” My heart raced and I wondered, why is he asking me? “Look, I know it’s the only viable option, but they trust you,” he replied. I paused for a moment — the longest moment. I told him that we needed to move ahead quickly to surgery, that’s what he would want. I immediately second guessed myself as he reminded me of the near-impossible recovery and certain neurologic deficits he would have if he survived. The weight of the situation felt immense. I told myself what I had told patients before: hope for the best, but prepare for the worst.

About one year earlier, I received a similar phone call. It was a mutual friend telling me that Matt was in the hospital — the same hospital where we both trained in residency, he in PM&R and me in radiation oncology — with a massive pleural effusion and multiple lesions in his lungs. His newly-wed wife, siblings, and parents were optimistic that perhaps it was a disseminated infection or rare autoimmune reaction. But my oncologist’s intuition told me otherwise. I may not fully understand cancer, but I know how it behaves. I knew Matt had cancer as a young man, and the presentation bore the unmistakable mark of a delayed relapse more than 20 years later. This was the type of case I could write up or present at grand rounds. Not anymore. The faceless enemy of cancer now had a face.

The sickening enemy that I work alongside everyday as an oncologist had reduced me to sadness, anger, and pessimism. I struggled coming to work every day, being surrounded by cancer and death. Nevertheless, I embraced my new role as physician-friend. I took ownership: his medical triumphs felt like my triumphs, his setbacks became mine. At the same time, I had an overwhelming sense of guilt that my life just went on — my family, my practice, my health — while his deteriorated.

In Matt’s year and half-long battle with recurrent Ewing’s Sarcoma, I learned more than I ever wanted about the strength of the human spirit. He wasn’t supposed to survive the hemorrhagic stroke. But he did. He wasn’t supposed to be able to walk, talk, joke, read, or feed himself again. But he did all that. He wasn’t supposed to beat the cancer either. And he didn’t. He did not “beat cancer” but he did not allow it to beat him, define him, or hold him back. Walking with my friend on that painful journey has made me a better oncologist and sharpened my intuition. I can better see the suffering, fear, and doubt in the face of my patients and their caregivers. I know when to give them their space or a shoulder to cry on. Now, over a year removed from his death, I can look back and see that I’ve grown emotionally by following the example that he — and many of my patients — set: your greatest strength comes from within. Our fountain of strength can face any situation when it is filled by the love of family and friends, and deeply rooted in faith and values. These are the things that even cancer cannot take away.

Brendan Prendergast, MD is a radiation oncologist practicing on Florida’s Space Coast. He and his wife write about diet, health, and cancer on their blog OurHealthHabit.com