Are Scooters Worth the Orthopaedic Trauma Risk? 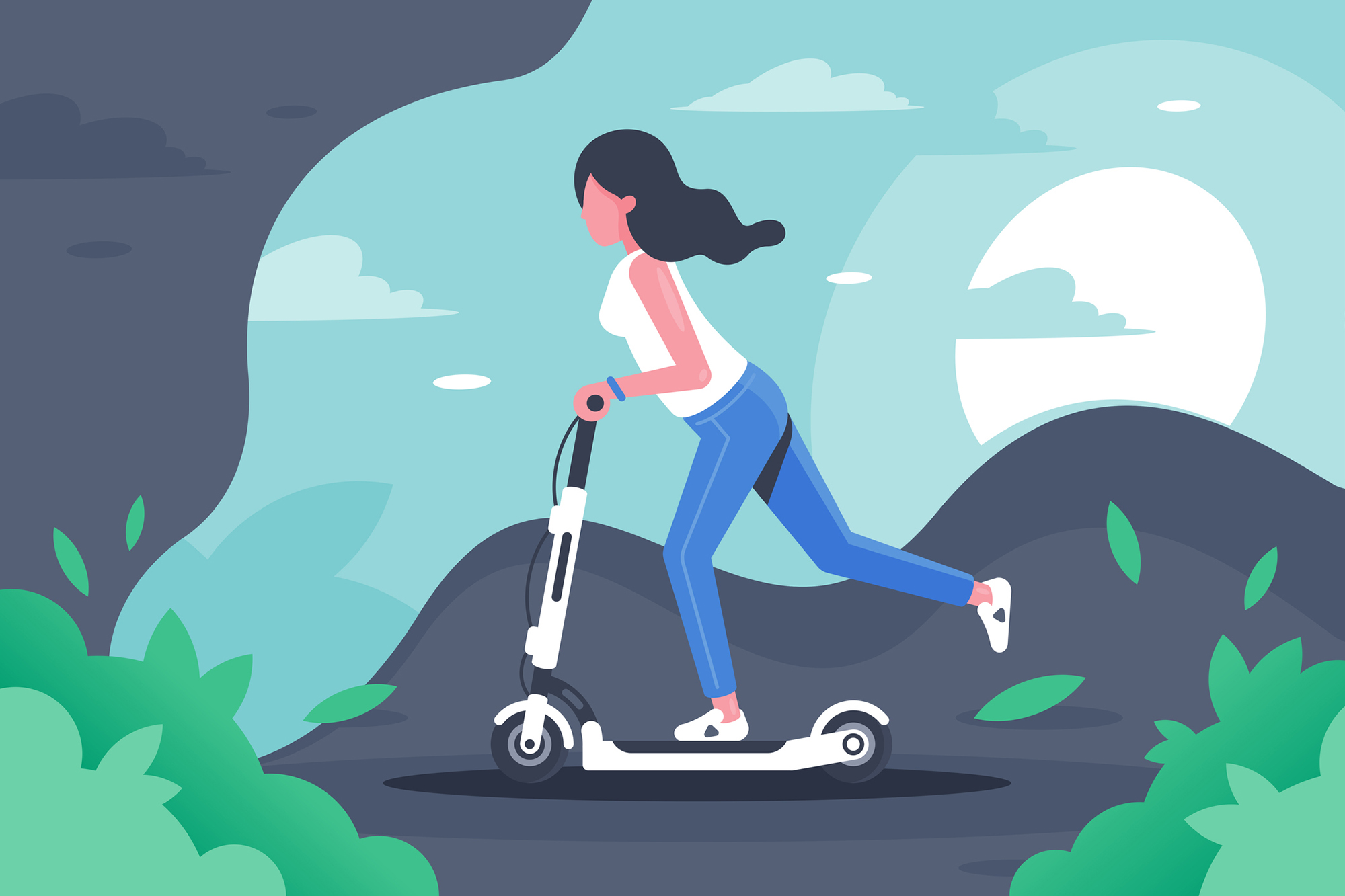 Your hands lazily grip the foam handlebars as the motor buzzes and vibrates under your feet. Wind gently tosses your hair as you zoom past skyscrapers, coffee shops, and parked cars. Pedestrians cast smiles as they eye the fresh orange color of your scooter. Other riders similarly commandeer their lime green and neon orange motorized steeds through the winding downtown streets. As you calmly lean your torso to turn through an intersection, a car suddenly changes lanes without warning. Your eyes jolt wide open. Pupils dilate. Your grip tightens like a vice on the handlebars. You gasp in a gulp of air, bending your knees and twisting your hips to avoid impending collision. The small wheels of the scooter stand no chance, losing their grip on the black asphalt. You collapse sideways, narrowly avoiding the rear door of the car. As the adrenaline seeps away, the mere ache in your ankle grows to searing pain. People gather. You hear shouts, but can’t make out the words. All you can think is how bad your ankle hurts. The rest is a blur; the next thing you know, you’re in the emergency room. X-rays are taken, gloved hands probe your leg, and an IV is inserted into your arm. A man in green scrubs informs you that you have a “fracture-dislocation” of your ankle, and will need surgery. You’ll be off your leg for the next two months. In the span of a couple hours, your evening has devolved from a fun new fad with friends to splints and surgical scheduling.

American urban areas have recently been invaded by these colorful motorized scooters. The phenomenon is quite contagious, and frankly, pretty fun. Essentially, a handful of companies have deposited these single rider scooters by the hundreds across downtowns and similarly popular areas. To ride, one simply downloads the app, agrees to terms of service, scans the QR code on the scooter itself, and takes off on an enjoyable ride. The scooters are GPS-tracked, and payment is based on the distance traveled. When you’re done, you simply park the scooter in a safe location and upload a photo to the app showing that it is parked in compliance with the safety rules. And just like that, the scooter is ready for its next rider. The companies do have basic rules, such as avoiding main roads, limiting use to a single rider, and not riding while intoxicated. They have garnered immense popularity in a short time and overall seem to have a great business model: you are essentially your own short distance Uber driver. The response by local city officials, users, and passive observers to this scooter invasion has ranged from full-on praise to vehement disapproval, and every emotion in between.

However from an orthopaedic surgeon’s perspective, the initially innocent and well-meaning idea has morphed into something else entirely. At our local trauma center, the number of scooter-related injuries has skyrocketed. Emergency room consultations from these self-propelled rides are rife with fractures and dislocations of the wrist, elbow, hip, shin, and ankle. In just a ten-day period, the orthopaedic trauma service tallied twelve injuries requiring surgical fixation from scooter mishaps alone. These stem from a variety of etiologies, anywhere along the spectrum from simple falls (often assisted by libation-induced clumsiness) to more serious scooter-versus-car collisions. The latter collisions have even resulted in deaths of the scooter rider. The law of unintended consequences rears its ugly head.

This is not to place the burden of blame on the scooter vendors. Rather, it is a medically biased observation of a larger societal phenomenon and its unintended consequences. Good intentions and a seemingly innocent, fun activity can easily go awry, as was previously seen with the advent of hover boards. Granted, the average scooter rider is more likely than not to adhere to the rules and enjoy a safe ride. I must admit, I’ve zoomed through downtown on these scooters myself, a handful of times, and had a blast. But combine the deadly trio of an over-adventurous rider, potential intoxication, and circumventing the rules regarding where scooters are driven, and you have a perfect recipe for injury.

So next time you’re about to hop on the nearest two-wheeled orange transportation, take a second and stop. Before tapping open your smartphone app, keep the rules in mind and do not ride while intoxicated. Otherwise, instead of spending a couple bucks on a short and fun ride to meet friends at a local taco shop, you may have bought an unintended visit with the local orthopaedic surgeon and come away from the experience with a little extra stainless steel in your wrist or ankle.

Adil Shahzad Ahmed is an orthopaedic surgery resident physician at the University of South Florida in Tampa, FL. He is interested in offering a lens into the life of a doctor and surgeon, and the growth throughout the stages of education and training. He also runs a website providing advice and personal anecdotes to college and medical students on the journey to becoming physicians (www.medschooldeclassified.com).

Read The Greatest Privilege, and Liability, of Being in Medicine

The Greatest Privilege, and Liability, of Being in Medicine

Aug 15, 2018 Link to The Greatest Privilege, and Liability, of Being in Medicine

Jan 26, 2018 Link to Women in Medicine: Challenges to Collaboration

Fake News Happens in Medicine Too