An NFL Doctor Opens up About Loyalty, Concussions, and Putting Patients First 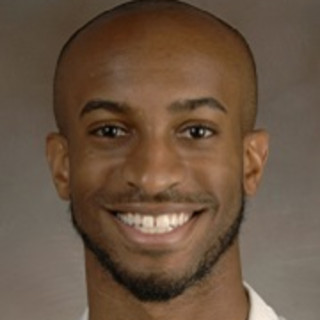 Doctors are held to higher standards of professional and ethical conduct than any other professionals in the world. There’s no Hippocratic oath for large businesses, banks, or organizations. You can’t “bail out” a physician that has already significantly altered lives or reignite the light of a loved one that has been snuffed by medical mistakes. We’ve known this for at least 2,500 years, when ancient Greeks established the beginnings of the oath now spoken by most medical and nursing school graduates across the world. “Do no harm.”

But, it’s not as simple as “do no harm” when the world is watching, the media questions your motivations, and the stakes are high.

Few physicians are currently under a more-glaring Hippocratic spotlight than team doctors in the National Football League (NFL). Since the early 2000s attention has increasingly turned towards the health of professional football players. The NFL’s approach to chronic traumatic encephalopathy (CTE), a condition characterized by early-onset cognitive and emotional instability, has been placed under increased scrutiny.

Are team doctors burdened with a conflict of interest to preserve America’s most popular sport while caring for its patients? The internet is saturated with stories of players addicted to pain medications or returning to the field after apparent concussions. Interestingly, however, one rarely hears from the actual medical staff. So, I decided to sit down with Dr. Walter Lowe, Houston Texans and Rockets’ Head Team Physician, for his perspective on players’ health, high-profile conflicts of interest, and how team doctors really treat concussions.

On being loyal to players’ health…

Q: Is it difficult to care for athletes in the context of NFL pressures? How different is this from your other clinics?

Dr. Lowe: “It’s interesting if you really look beneath the covers of what happens; [athletes] get tremendous care and the best access to care. And one of the things that lets you be successful at this is your players have to believe you have — and you have to have — their best interests at heart. Or else you can’t be effective in the training room. The agents trust me, the teams trust me, the players trust me, and that’s the dynamic you have to create as a team physician.

“From a physician standpoint, there is a line that you have to walk, and everybody presumes that there is a big conflict as a team physician — being loyal to the team or loyal to the player. I think that is one of the most misunderstood things out there, because we are always physicians first. No matter what specialty or subspecialty you’re in, your patients always come first. And the athletes on these teams are our patients.

“I’ll give you an example, a guy hurts his knee and we do an MRI. It may be serious, or it may not. If he hurt his knee on Sunday, he has an MRI by 8 o’clock on Monday. And by 9 o’clock Monday morning he’s sitting in an exam room with me. There is a high level of communication that has to happen, and that part of it is actually fun. [That communication] has to be delivered at a high level with many questions being asked from many different directions. But what I was taught in fellowship by Bob Kerlan holds true today: You take care of the athlete, everything else takes care of itself.”

Dr. Lowe: “The perception is that we work for the team, we don’t care about players, and we wrap them up and send them back into a game. That’s so far from the truth. To some degree the players are the ones that push the hardest to be able to play. So more often than not, the players will be mad at me more than anybody else. But with all injuries, we lay out all the information. We’re going through his MRI with him. We’re talking about the big picture. ‘This is something that will or won’t affect your career.’ ‘This may need surgery.’ ‘This is the end of this season.’ ‘This is our rehab program.’”

Q: Take us to the sidelines. Do you go to every game? How much pressure is there? Is there someone always speaking in your ear? Is it stressful at all?

Dr. Lowe: “I don’t think there is stress, but there is a bit of chaos. I’m at every game. I’m there four hours early, and I generally don’t leave the training room until three hours after the game. A game day in the NFL is 10, 12 hours for me at the stadium. One of my fellows is on the sideline with me every game, and I tell them two things. One, always watch the play because you can get hurt on an NFL sideline. Players are fast, things happen fast. You can get injured. Two, when people get hurt, the best information is from watching the play and seeing the injury happen. I pretty much know before I get out there what the problem is going to be. Decisions out there come easier with time. I’ve seen things from spinal cord injuries to the tibia fractures; you never know what’s going to happen. It can be chaotic, or it can be nothing.”

Q: As you know, concussions are very difficult to diagnose. Sometimes you see it immediately, or sometimes symptoms appear the next day. What’s your opinion on the backlash from viewers and the media. Are we over-simplifying it? What’s the typical process? Is it a common occurrence for a player to be cleared and then pulled back out later?

Dr. Lowe: “It can be so variable because of how concussions present, and I like what the NFL is doing. I think putting the rigid decision making behind it helps. And it helps when dealing with the players. And players now understand concussions in the NFL can have a significant impact on their careers and their lives. This year we saw more players self-report concussions than ever before. This makes you think the education and how front-and-center [concussions are] is good.

“So, the rules are the rules. I think they’re fine because they present an environment that you have to go to to make the decisions. Have they really changed what we as doctors do? No. Not really. There’s never been a time I thought a guy was concussed and I tried to convince them to go back in the game. Some of the protocol I think has made it harder for us. As the head team physician, I and the head athletic trainer spend the most time in the building, in the locker room. Part of diagnosing concussions is knowing the players and their personalities.

Q: Who else is involved with concussion decision making? How are they selected?

Dr. Lowe: “We have unaffiliated neurotrauma consultants. We have a team internist who is a great internist and knows what he’s doing. The neurotrauma consultant is truly unaffiliated. They are not appointed by us or interviewed by us. They are picked by the NFL chief medical officer, the NFLPA medical director, neurologists and by the neurosurgeons on the head neck and spine committee. They’re a great help in most cities and we do defer to them a lot. Their biggest disadvantage is they don’t know the players. A really happy-go-lucky guy that always jokes that suddenly has a flat affect and stares off when he walks off the field — you already know he’s concussed. Those are really hard decisions to make and you better know him really well or else you will think he has a concussion when he really doesn’t. The more you know the patient and the history, the more likely you are to be accurate. The system isn’t perfect, but it is way better than it was 10 years ago.

Editor’s note: News and video of Texan’s quarterback Tom Savage’s reaction to an in-game tackle went viral in the days after the hit, sparking conversation about concussions in the NFL.

Dr. Lowe: “I think that [concussions] are a story right now and [the media’s] job is to hold us accountable. The scrutiny is making us all better. But, in the end, if there is a questionable situation — and obviously that happened with us and Tom Savage last year — I think everyone should do their due diligence and try to get better from it. In our situation, we never got to see the video. Even when we asked for the video, it showed the hit, they showed him putting his arm down, they showed his head hitting the ground, and then the video cut off for us. We didn’t see this sort of posturing or fencing maneuver until the national TV broadcast showed the other angles on television. The unaffiliated neurotrauma consultant and internists did the [concussion protocol] and he was cleared. We took him in before halftime, he began showing symptoms and he was removed from the game. He went through the protocol exactly as the protocol is written.”

Q: Is there any conflict of interest for team physicians? Do team docs want to see teams win sometimes at the expense of the player?

Dr. Lowe: “As I said earlier, myself and my peers have the players best interest. If you take care of the player, everything else takes care of itself.” Make no mistake we as physicians want our players and teams to win as much as anybody, but never at the expense of our players health and safety.

Q: Do you think some players, knowing they had a concussion, would still want to go out there? If they had the choice, they would still go?

Dr. Lowe: “Times have changed. Players are more educated. There is more self-reporting. The Protocol has been refined. Players do have love for the game and they do want to play — that’s how they are built, but we would never allow a player to play if he was diagnosed with a concussion.”