American Indians Cannot Be Forgotten About During COVID-19 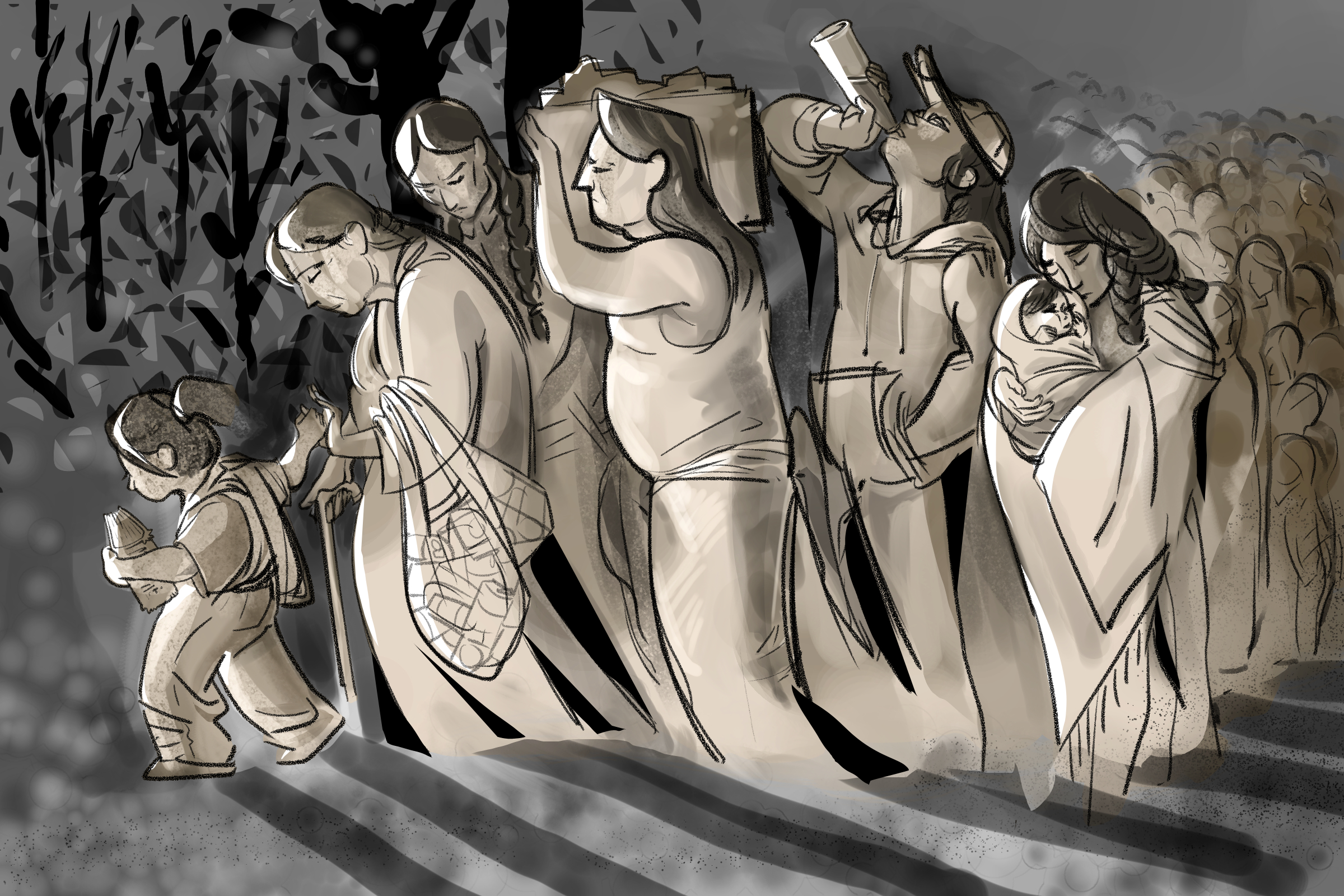 The Indian Health Service (IHS) is an agency that falls under the HHS and is the principal federal health care provider to the 2.6 million American Indian and Alaskan Natives who belong to 573 federally recognized tribes. Arizona encompasses 22 recognized tribes with more than 260,000 tribe members and includes the largest federally recognized land-based tribe in the U.S., the Navajo Nation. As medical students in the Rural Health Professions Program at the University of Arizona College of Medicine Tucson, we have the unique privilege of spending the bulk of our clinical rotations in rural settings, often in tribal health. In light of the ongoing novel coronavirus pandemic that strains the capacity of even our academic and highly resourced hospitals, we hope to continue to illuminate existing disparities in tribal populations, advocate for and provide actionable plans not only for our Arizona tribes, but all vulnerable populations.

Today, there are about 16,000 staffed hospital beds in the state of Arizona and 1,500 ICU beds. According to 2018 data, there are 1.9 beds per 1000 Arizona residents, ranking within the bottom 10 states. Among Indian Health Care Facilities, there are only a total of 463 inpatient hospital beds, not including swing beds of the four critical access hospitals, or 1.77 beds per 1000 American Indians within Arizona (1, 2, 3). The number of full-feature ventilators in the state of Arizona and other states is largely unknown. However, a study published during the 2009 influenza pandemic estimated approximately 20.1 full-feature ventilators per 100,000 people in the state of Arizona, or roughly more than 1300 total ventilators. In phone interviews with various supervisors of health care facilities, our team found that of the 12 facilities with inpatient beds, excluding three that were unable to provide estimates, the total number of ventilators in Arizona tribal health care facilities totaled 21.

The disproportionate disease burden on American Indians and Alaska Natives is a major risk factor for increased morbidity and mortality of COVID-19. Native Americans have overall higher rates of chronic health conditions than other Americans. The CDC has identified that people with underlying chronic lung disease, diabetes, heart disease, severe obesity, and/or who are immunocompromised are at higher risk for severe complications, even death, from COVID-19. At baseline, leading causes of death among Native Americans include those conditions such as heart disease and diabetes. The Office of Minority Health reports the tuberculosis rate was almost four times higher for American Indians and Alaska Natives compared to the white population, with incidence rate of 3.9 compared to 0.5 respectively.

Native Americans have additional challenges when faced with the current stay at home orders, social distancing recommendations, and sanitation guidelines. According to the national Assessment of Native American Housing Needs, Native American housing conditions are significantly worse than other U.S. households. Data revealed 16% of American Indian and Alaska Native households in tribal areas and 10 percent in urban areas live in overcrowded conditions, compared with 2% of all U.S. households. Furthermore, the CDC’s guidance regarding sanitation and precautions against the spread of the virus also presents a challenge to many Native Americans who have limited access to safe water. The National Institute of Health reports 6% of households in tribal areas had incomplete plumbing and 7% had incomplete kitchens, compared with less than 2% of all U.S. households. A report, Closing the Water Access Gap in the United States, estimated 35–40% of homes in the Navajo Nation do not have running water.

Tribal populations are among the most vulnerable populations within the U.S. and will be disproportionately affected by COVID-19 even with early action and detection. Most American Indian and Alaskan Native tribes, though heterogenous, share the characteristic of having an already weakened health care infrastructure with varied ability to provide intensive level care often required for the treatment of COVID-19. In light of these vulnerabilities, it is critical that advocates and community members speak up to their representatives and health care officials during these desperate times. While the relief funds will undoubtedly aid in these efforts once they finally materialize, advocates must continue to be vigilant in terms of their effective utilization and mobilization.

As we continue to strategize ways to aid patients and the respective health care workers who treat them throughout this emergency, Americans will be re-thinking how our public health and health care delivery system operates. Communities across the country are distressed by the gaps in their ability to provide care, but the extensive cracks that already existed within IHS threaten to widen in these uncertain circumstances. Alarmingly, in a 2016 evaluation by the HHS, more than half of the IHS sites evaluated were reported to have “old or inadequate physical environments” that “challenged their ability to provide quality care.” This same report outlines a 33% vacancy rate of physicians in IHS hospitals.

These communities, where health care delivery and infrastructure do not meet needs at baseline, are facing a pandemic that depleted even our most resourced hospitals. In addition to the parcities seen in medicine and health care, this current crisis illustrates the gross lack of basic-needs resources. Implementing solutions will require dedicated, longitudinal efforts by not only individual physicians and public health officials, but also by developing people-centered infrastructure with tribal leadership and community members at the forefront and center. As outsiders to their communities, we should assist in this development for the preservation of life and culture, and also aim to create sustainable programming and opportunities through partnerships with existing local tribal organizations and tribal members themselves to combat crises such as our current pandemic or in the future. The rapid spread of this virus has shown how much we rely on the wellness of each other. Perhaps, it can also serve to remind us that we should act in solidarity with our most vulnerable populations.

Eugenia Lin, Lynn Pham, Eunhye Kim, and Kathryn Herrera-Theut are fourth year medical students at the University of Arizona College of Medicine Tucson with distinction in rural health or global health, working clinically throughout rural Arizona. They have no conflicts of interest to disclose.

How to Keep More of What You Earn: Tax Tips for Physicians

When A Physician’s #MeToo Story Involves a Patient

Shirin Hemmat, MD and 3 others

The Road to Burnout Helped Me Find My Purpose