Devastating. That alone cannot fully describe the extent of the destruction of property, the displacement of tens of thousands of residents, the injuries and loss of life in the wake of Hurricanes Harvey and Irma. As Americans, our hearts ache for those affected by the flooding. As a medical student, former international development worker in Afghanistan and EMT in South Africa, I also lay awake thinking about the many infectious diseases that take hold in disaster and flood settings.

In major floods and other natural disasters, rising water levels and damage to sewage treatment plants lead to contaminated water supplies, causing life-threatening diarrheal diseases such as cholera, amoebiasis, and cryptosporidiosis. After flooding subsides and stagnant water blankets affected regions, mosquitos take advantage of new breeding grounds and proliferate. These mosquitos can transmit illnesses such as West Nile, Dengue, Malaria, and Zika. Immediate serious consequences of such infections include paralysis and severe debilitating bone pain. Pregnant women who are infected may give birth to children with devastating developmental delays as a result of microcephaly, where the brains of newborns are smaller than normal.

In these moments, I recognize, selfishly, the absolute necessity of federally funding global health research and interventions. The diseases that thrive and spread in disaster settings are often the same diseases that thrive in underserved, under-resourced, and conflict-ridden countries globally. The US grossly underfunds infectious disease research, including the development of vaccines, treatments, and eradication efforts for these conditions because they are rarely seen in the US. However, with climate change and increasing frequency of natural disasters, we are bound to see these diseases here at home in increasing frequency. Moreover, Americans are traveling to areas afflicted with infectious diseases that currently have no vaccines or evective treatments every day. Funding global health research is not only a benefit to the rest of the world; it also directly benefits us here at home.

Consider the widespread cholera outbreak following the 2010 earthquake in Haiti and how Harvey-affected areas and future natural disasters in the US have the potential for similar disease outbreaks. Prior to 2010, cholera was not seen in Haiti for over a century. As sewage built up in the water supply from the assault on Haiti’s infrastructure, the presence of one foreign UN peacekeeper with cholera caused an estimated 700,000 people to fall ill with the disease in short order. “The disease struck with explosive force. Within two days of the first cases, a hospital 60 miles away was admitting a new cholera patient every 3 1/2 minutes…Part of the reason we think the outbreak grew so quickly was the Haitian population had no immunity to cholera,” according to NPR. This is not an unfamiliar scenario to Americans. Not so long ago Europeans brought smallpox to our shores and it devastated the native populations who had no prior immunity and no treatments.

While the most serious manifestations of infectious diseases are more common in developing countries, we have seen deadly epidemics here as well. While residing in Milwaukee in 1993, Dr. Omai Garner, Associate Director of UCLA’s Clinical Microbiology Laboratories and Assistant Professor at the David Geffen School of Medicine experienced the largest waterborne disease outbreak in US history. Runoff water from pastureland containing cryptosporidium parasites contaminated the water supply causing at least 403,000 infections and 69 deaths from cryptosporidiosis — a life-threatening diarrhea-causing infection. “Everyone in the city was boiling their water because cryptosporidium is not cleaned out of our water supply well enough, and it killed a lot of people,” he recalled. Many died from cryptosporidiosis both here and abroad, and yet no vaccine is currently under development due to a lack of funding.

But what if we, as a country, had chosen to prioritize infectious disease research and eradication efforts? We cannot know for certain which infectious agents will take hold following a disaster, and at those times, hospitals and clinins who have also been damaged are unable to cope. In these conditions, epidemics can swiftly take hold. However, epidemics are preventable. If we invest in the development of additional vaccines that prevent the spread of disease globally, we head off epidemics both abroad and at home. It’s a win win for the world as a whole.

In this era of increased globalization, infectious diseases show no boundaries. In order to prevent epidemics and loss of life at home, we must substantially increase funding for research aimed at prevention, treatment, and eradication of infectious diseases globally.

Sarah Lawrence is the Program Director for the University of California Global Health Institute’s Advocacy Initiative, a medical student at the David Geffen School of Medicine at UCLA, and a former EMT in South Africa and international development worker in Afghanistan and East Timor. 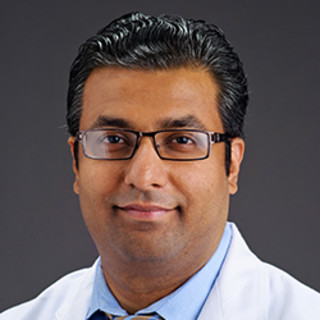 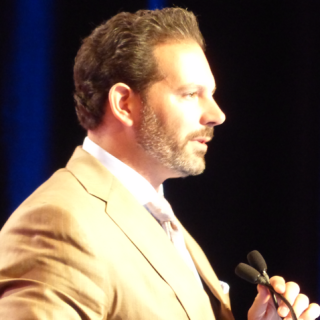 How to Turn Your Passion into a Successful Consulting Side Gig

Why We Need More “Physician-Pluses”