Abortion. Can We Talk? 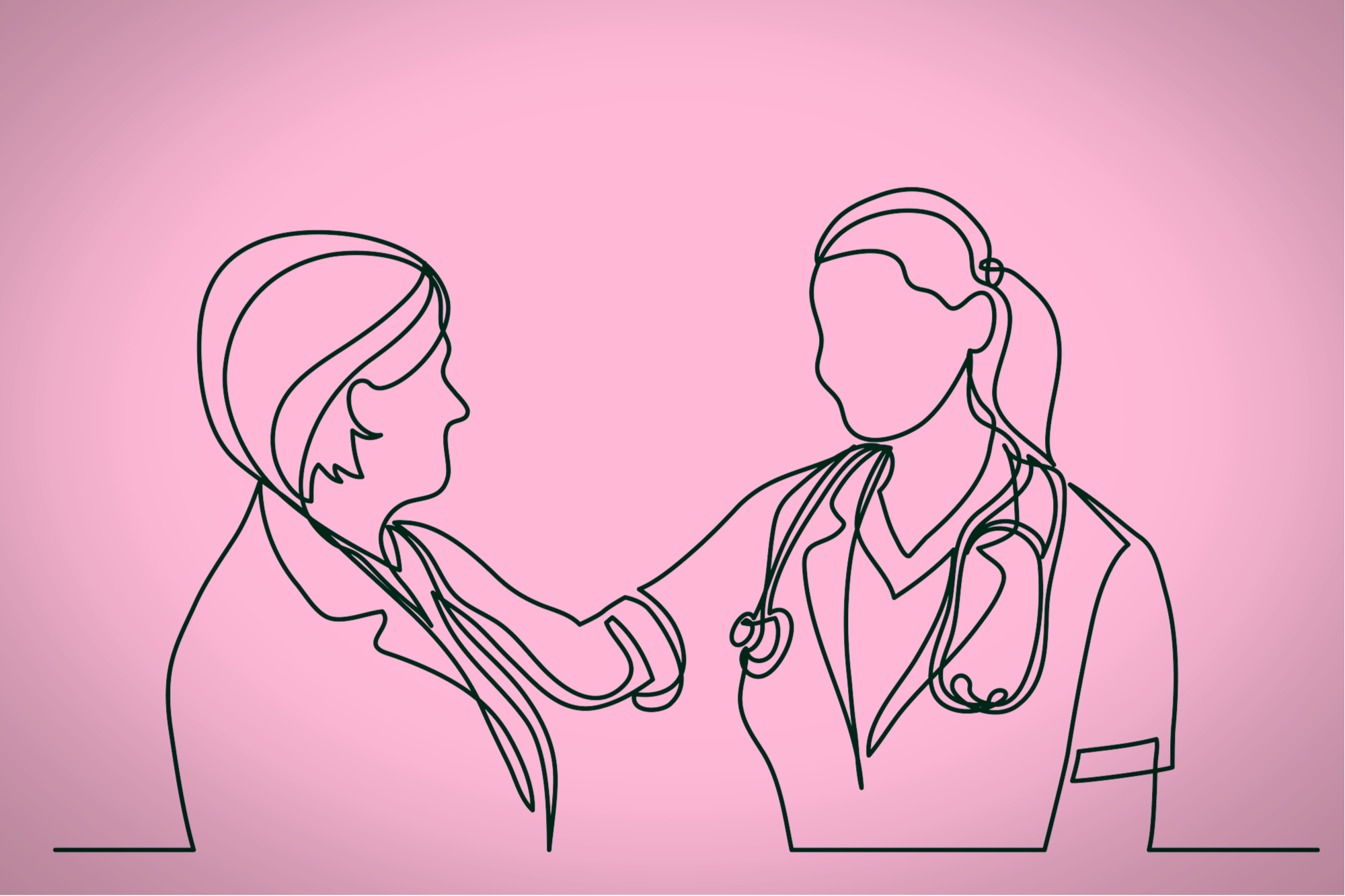 How do we talk about a topic that incites so much passion and emotion that a space for thoughtful rapport is nearly impossible to find? How do we talk about a topic where science and evidence-based data is treated as worthless and inaccurate? How do we talk about a decision that normally comprises a discussion between a woman and her doctor but has become public and political domain?For years I have stood on the sidelines, quietly doing my work in women’s health as an ob/gyn, supporting my patients’ rights to full medical care, including all family planning options. I remember 25 years ago when I first started in practice, alone in my office, learning life lessons I never learned in residency. Katie, a young mother of two, was sent to my office by a surgeon who was a friend of mine. Katie had been recently diagnosed with breast cancer at the age of 33. Around the same time, she discovered she was pregnant, something she and her husband had planned, wanting a third (and probably last) child. Surprisingly, she sat across from me in my office, calmly explaining her situation. That is, until she blurted out: “I need an abortion.” And then the tears started flowing. “I want this child,” she said through her tears, “but I also need to be alive for my other two children.” And therein lay her dilemma: receive chemotherapy for her aggressive breast cancer, which would essentially poison her fetus, or wait nine months for treatment and risk the cancer spreading throughout her body with little hope of survival. The situation was not life and death in the immediate sense, Katie had time to sit in my office for a discussion, but a decision to carry the pregnancy to term certainly had the possibility of hastening death. Over the days between seeing her surgeon and seeing me, Katie and her husband spent sleepless nights going back and forth, trying to make a decision between two terrible options. Two days later, I held her hand as the anesthesiologist put medication in her IV. She laid there quietly, squeezing my hand, tears running down her cheeks until she fell asleep.

Although this was 25 years ago, the memory is still so vivid. And I have many, many more stories.

A woman with twins, one normal, the other with so many anomalies it would not live. She had to bear the pain of wanting one to die for the other to live.

Another woman, who had been so careful with her birth control, found herself among the 0.03 percent of women for whom birth control fails. She took so many medications to keep her multiple sclerosis in check — medications that she knew were toxic to her fetus.

I could go on and on about the horrible situations women can find themselves in, trying to make a decision that cannot, whatever the woman decides, produce a good outcome. As a physician, I see my role as an advocate for my patient: I listen, I counsel, I support, I offer care without judgement. The nature of obstetrics — the struggle and the heartache — is that we are taking care of two patients at once, and sometimes a decision has to be made to save one life at the expense of the other.

I have read horrendous comments by people who are so ignorant about these issues. Unfortunately, many of these people are in places of power in government. Recently, in my own state of Michigan, Senator Kim Lasata, who believes dilation and evacuation procedures (D&E, a second trimester technique to terminate a pregnancy) should be outlawed, said that she believed delivering a baby “should be hard” and that “the procedure should be painful.” How can someone be so insensitive as to want another human being to suffer both emotionally and physically because their baby has anomalies incompatible with life? Another Senator in Ohio recently stated that he thought gynecologists should reimplant ectopic pregnancies into the woman’s uterus. It goes without saying that this opinion is completely irrational.

I am proud to be a member of an organization that believes in and fights to protect the sanctity of the physician-patient relationship. The American College of Obstetricians and Gynecologists (ACOG) advocates for the right of women to have access to timely and evidence-based health care. In addition, ACOG states that “physicians should not face imprisonment or other penalties for providing necessary care.”

I think the issue that gets buried in the sensationalized issue of abortion is that women should have the right to privacy and autonomy over their own bodies, including reproductive control. While state after state is trying not only to ban abortions, but to criminalize it, they are also stripping away the rights of women to make decisions about themselves and their bodies. Study after study has shown the way to decrease abortions is to not make the procedure illegal, but to improve access to birth control and education.

So, back to the question: How do we talk about abortion? We need to start by talking about women’s rights. We need to take emotions, religion, and politics off the table and return to the sanctity of the physician-patient relationship. We, as health care providers, need to speak up about our patients’ rights.

Andrea Eisenberg has been an ob/gyn in the Metro Detroit area for nearly 25 years. Through her many years in women’s health, she has shared countless intimate moments with her patients. In her writing, she captures the human side of medicine and considers what doctors think and feel in caring for their patients. She has documented these stories on her blog. She has been a contributor to Intima, A Journal of Narrative Medicine and Pulse, Voices From the Heart of Medicine, BBN Times, and KevinMD. She is a Doximity 2018-2019 Author.

Image by one line man/ Shutterstock