A Risk-Stratified Treatment Approach to Prostate Cancer: Not All or None

Prostate cancer is the most common non-cutaneous cancer in Western men, affecting approximately 170,000 men in the United States yearly. In women, breast cancer is the most common cancer, affecting approximately 230,000 women in the United States yearly. Both tumors are frequently multifocal (approximately 60–70%). However, organ preservation surgery is more common in breast cancer, while it is practically unheard of in prostate cancer care.

At the recent American Urological Association (AUA) annual meeting held in San Francisco (May 18–21), we proposed a risk-stratified treatment approach to prostate cancer similar to that currently used in breast cancer. We suggested the all (total gland therapy) or none (active surveillance) approaches be augmented with a more nuanced approach, precision prostatectomy, in some men with intermediate-risk prostate cancer.

There are several options available for treatment of patients with intermediate-risk prostate cancer. Depending on a combination of patient preferences, age and overall health, one of these options may be more appealing to the patient over the others.

Radical prostatectomy offers a survival advantage in such patients, when compared to other treatment modalities. However, it also is associated with more drastic functional side effects. The incontinence and impotency rates at our institution, and other high-volume institutions facile with robotics, appear to be <5% and 20–30%, respectively.

In this regard, focal therapy, ablative or surgical, has shown promise. Ahmed et al reported on the use of focal high-intensity focused ultrasound (HIFU) for the treatment of prostate cancer, treating just the lesion and staying ~1 cm away from the contralateral capsule. In a select group of 41 men, they noted an 89% potency rate at 12 months, and a 100% continence rate immediately. However, 23% of the men experienced a recurrence with 10% requiring further treatment by 6 months. Similarly, Villers et al, in their study of men with pre-urethral cancer located in the anterior zone, demonstrated that partial prostatectomy led to preservation of erectile function in 83% and continence in 100% of the men.

We utilized the IDEAL model for surgical innovation to precisely map the location of prostate cancers in patients with Gleason 3+4 cancer who had undergone total robotic radical prostatectomy. We found that 30% of men had a single dominant nodule, but that cancer cells were located within 10 mm of the “kill zone” of over 90% of these prostates.

In addition, our population had no individuals with a purely anterior cancer. Thus focal therapy, hemi-ablation or anterior prostatectomy would have resulted in under-treatment of most of these individuals, with 50% of men having residual Gleason 3+4 cancer. We simulated a novel procedure, precision prostatectomy (Menon), in these individuals. In this technique, we aimed to preserve the prostatic “capsule” on the contralateral side of the dominant lesion, performing the dissection in a plane anterior to the seminal vesicle and ejaculatory duct, while on the side of the lesion, the whole gland was removed.

The rationale for this is based on the studies, referenced above, that demonstrated that the key to sexual function preservation lies in prostatic capsule preservation. We offered it as an alternative to focal ablation to men with intermediate-risk prostate cancer, who placed a high value on preservation of erectile function. We have now performed this procedure in over 50 patients.

At up to 12 months of follow-up, we have not observed a biochemical relapse in these patients (per Phoenix criteria). Over 90 percent of the patients have achieved urinary continence and erections sufficient for penetrative intercourse within 4 weeks of surgery.

Patients are being followed up carefully, and technical refinements are being developed as part of a continuous quality improvement initiative. While longer term follow-up is surely needed, results to-date strongly support consideration of a risk-stratified approach to prostate cancer, particularly in men who wish to optimize return of erectile function.

Dr. Firas Abdollah is a urologist at the Henry Ford Hospital in Detroit, MI.

Dr. Mani Menon is a urologist, and the chair in Oncology and director of the Vattikuti Urology at the Henry Ford Hospital in Detroit, MI.

Dr. Akshay Sood is a urologist at the Henry Ford Hospital in Detroit, MI.

Read RVU-Based Compensation: The Devil Is in the Details 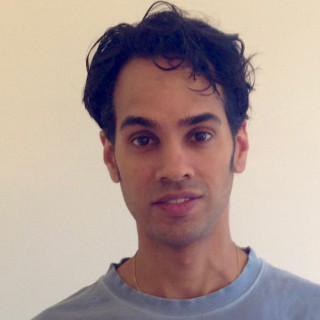 Dec 20, 2016 Link to RVU-Based Compensation: The Devil Is in the Details

May 10, 2019 Link to Candid Advice on Contract Negotiations for Female Physicians