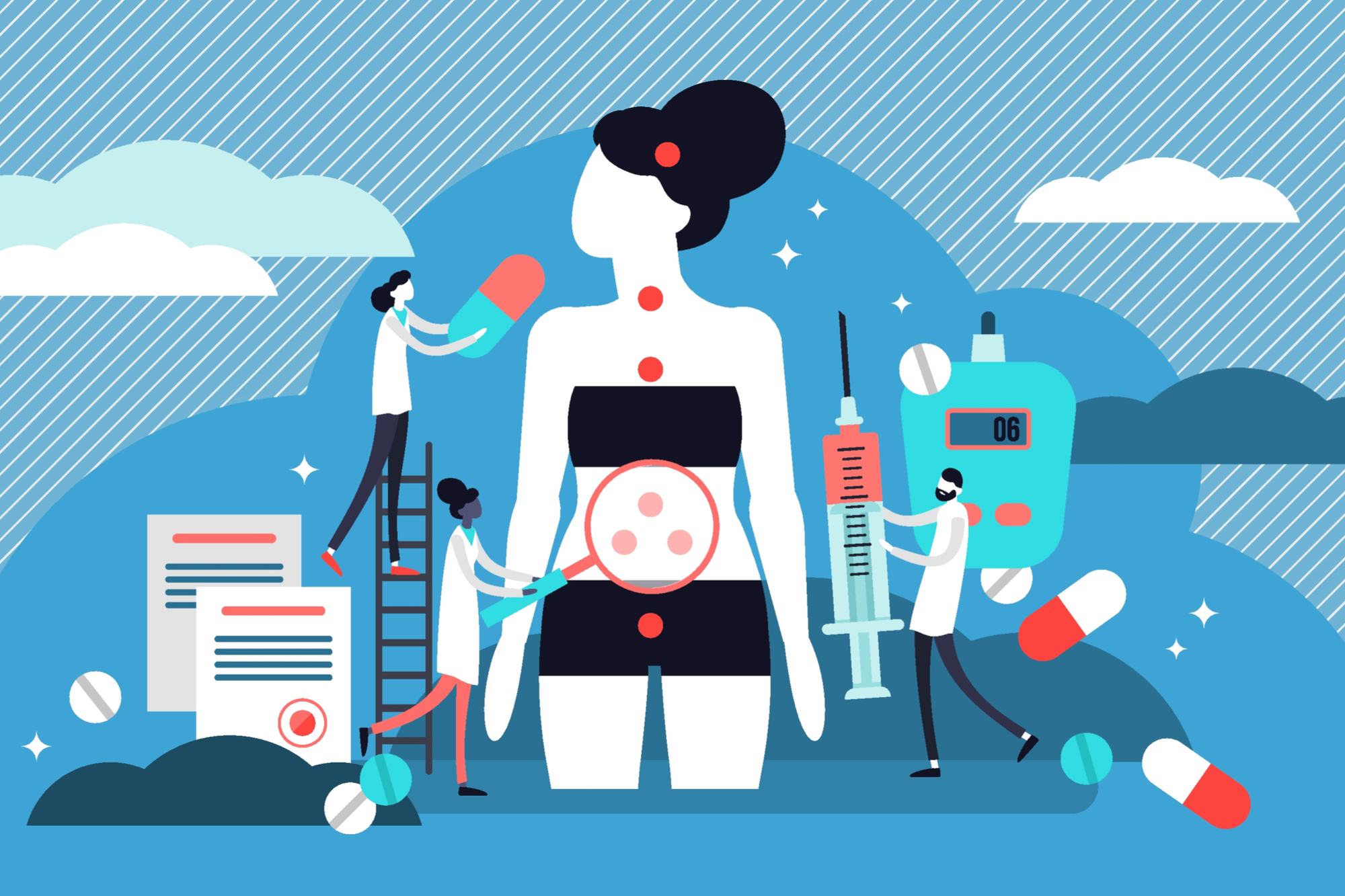 If I were to describe the 28th Annual AACE meeting using one word this year, it would be change. It was clear to me that from the program topics, speakers, and the conversation among the attendees, AACE is embracing change. Change in its membership, in the way we practice medicine, and even in the educational format of their program. I also can’t help reflecting that it mirrored downtown Los Angeles, where it was hosted, a perfect setting that is also undergoing change. As a resident of LA for over 30 years before I moved to Houston eight years ago, I returned to this downtown which was old and familiar but with splashes of new, a refresh city, and found it fitting for this year’s AACE meeting. There were three major aspects of this change in the meeting that struck me: Women in endocrinology, social media, and exploring new formats to enhance learning and the meeting experience for contemporary attendees. Don’t get me wrong, it was not a tsunami of change, but a ripple that is clear to bring more waves. But it was tangible.

AACE has been leading in its movement to support women in medicine for several years. The late Ettie Moghissi, MD, an endocrinologist in LA known by all to the AACE membership, had many admirable accomplishments but one that is dear to me and many in AACE was her initiative to support and promote women endocrinologists to their full potential. I recall her early conversations with me when she embarked on this initiative more than five years ago and asked for my support, which of course I gave wholeheartedly. She wanted to ensure that the current trend of rapidly growing female endocrinologists (70 percent of fellows are now female) were well represented in AACE leadership, programs and activities. One of her greatest contributions was arranging a women’s luncheon during the annual meetings for anyone to attend. This luncheon has blossomed, and this year was a complete dinner that was fully booked by hundreds of attendees during the preregistration. The initial meeting, which I attended, was informal, a forum for discussion for issues pertinent to female endocrinologists: practice of medicine in the contemporary era for women, compensation inequalities, leadership opportunities, work life balance, and many others. Over these years, it now includes expert speakers that delve into each of these topics in detail. It is also attended by many male endocrinologists who are also supportive of the effort, albeit a much smaller number. This year, the luncheon was turned into a dinner event that was fully booked prior to the opening of the meeting with an onsite line of other attendees hoping to get in. And very appropriately, the event began with a beautiful tribute to Dr. Moghissi, who passed away just months ago.

Another recurring new topic this year was the presence — and more importantly, influence — of social media in current practice of medicine. Dr. Kevin Pho was selected as the keynote speaker of a Plenary Session titled “Social Media and the Physician.” He recounted his transformational experience with social media and its importance as the new player in our practice of medicine, which is clearly no longer just the physician and the patient. His lecture format was also unconventional, using a “TED Talk” like approach, a dramatic change from the usual one minute of talking per slide for the hour, which is all too familiar for us. He engaged the audience with a few key slides and videos that served to launch his discussion points. His message was clear: do not avoid or be fearful of social media but understand it, utilize it, and conquer it, like he did. Many physicians have been deterred, and maybe even terrorized, by unsubstantiated claims from disgruntled patients and non-evidence-based and unproven medical therapies that patients insist on discussing with us. However, instead of averting social media, we should incorporate it for its valuable access and potential positive influence such as promoting your practice or research, disseminating truthful and scientific patient education, and even facilitating collaboration of medical experts across the country or world with the aim of improving patient care. Interestingly, his presentation received opposing views, with the younger demographic attendees commenting highly on its effectiveness and pertinence while the other spectrum of age expressed more discontent. Nevertheless, the topic of social media continued in many smaller sessions such as “Debunking Internet Myths,” “Promoting your practice and engaging your peers on social media,” and “Hormones Demystified” during which the identity of the anonymous physician behind the “HormonesDemystified.com” website was finally revealed! I will refrain from disclosing the name for those who did not attend the meeting. There was even a large representation of a homegrown Facebook group of endocrinologists from across the country who came to the meeting. This group was started just three years ago by a private practice endocrinologist and now has more than 1,800 members, a significant number given that there are only about 5,000 certified endocrinologists in the U.S. The dinner was arranged by the administrator of the Facebook group and was truly a social gathering of approximately 50 endocrinologists with the only agenda of meeting others, sharing experiences, and having fun. Since the individuals paid for their own dinner, there was no traditional industry-sponsored presentations or discussions, allowing it to be a true social gathering.

Finally, AACE is making changes to the traditional lecture format at these meetings. While we are all accustomed to large plenary sessions with many hundreds of attendees and one esteemed keynote speaker on a high stage that delivers a unidirectional presentation to the audience for an hour. This is traditionally followed by a few minutes of Q&A where the attendee who is courageous enough to bravely walk up to a microphone stand staged in the front of the large hall, looks up on the stage to the speaker to ask a question. This year, AACE allowed a more intimate Q&A, or “Deep Dive with (speaker name)” after the formal presentation in a sectioned area of the exhibit hall. The set up was much more casual with chairs and some tables in a semicircular arrangement with the speaker standing in the center at eye level. A wireless microphone was passed around the audience to those who wanted to ask the questions and the speaker addressed each one in a conversational format. This allowed more in depth, reciprocal, and interactive transfer of knowledge. Some attendees even took pictures with the speaker after the session. While this may not be as technologically advanced as other nonmedical industries where interactive transfer of knowledge is the norm, it is certainly a step toward transforming our medical scientific meeting formats. As a member of the AACE Task Force to Transform Annual Meeting, I am hopeful that our discussions to adopt new formats that allow the attendee ease of selection, comfort, and access to many presentations simultaneously, reducing the burden of “switching” from one lecture hall to the next across the convention center by foot will come to fruition soon.

Since my residence in LA, I also noted significant changes in downtown LA that were reflective of the meeting. The new LA LIVE restaurants, bars, hotels and condominiums replaced the more dilapidated buildings, criminal activity and unfortunate individuals that used those streets as their home that I remember. While the transformation was far from complete, with streets just blocks away from the convention center still reminiscent of those memories, it was certainly changing to a modern, lively downtown, while preserving its history, like the well-known breakfast restaurant “The Original Pantry,” which has been open 24 hours a day and seven days a week since 1924! I was struck by my experience with change in both the city and the meeting and welcomed both. They may be just rippling now, but soon they will be waves and will transform the scene in the coming years.