A Conversation with Dr. Natasha Mirza

Betty Lou Trufant lost her voice after a common cold. She wouldn’t regain it for 30 years.

Trufant would later find that she had vocal fold (or vocal cord) paralysis, a fairly common condition that can be caused by upper body or head injury, cancer, certain neurological conditions or infections. Signs of a paralyzed vocal fold include sudden hoarseness or breathiness. In more severe cases, patients may experience difficulty swallowing and breathing.

Fortunately, once it has been diagnosed, vocal fold paralysis can be addressed with thyroplasty, a relatively simple and well-established surgical procedure. The most common type is medialization thyroplasty (Type I), which is performed to address unilateral vocal fold paralysis. Traditionally, this procedure has involved the insertion of a small object to push the vocal fold back into place.

Dr. Natasha Mirza has performed countless medialization thyroplasty procedures at the University of Pennsylvania, where she is a Professor of Otolaryngology and Medical Director. She read about patients whose vocal fold implants were rejected even after being in place for several years and kept thinking about this problem. She thought there must be a solution for these patients.

Dr. Mirza published a paper in the spring describing a technique in which she uses the patient’s own tissue as the implant to minimize the likelihood of rejection. We talked to Dr. Mirza about the applications of her technique and her tips on how to identify and support a patient with a paralyzed vocal fold.

1. What causes a paralyzed vocal fold, and what are next steps for patients and their PCPs?

Currently the most common cause of a paralyzed vocal fold is after neck or cardio-thoracic surgery. If there has been no recent surgery that could have damaged the nerve, then a CT of the neck and chest are necessary to make sure that there is no tumor compressing the nerve. If these are also clear, then it is most likely a viral infection.

2. When should PCPs refer patients for thyroplasty?

For any patient with a paralysis that has lasted longer than 6 months and in whom there is little hope for recovery, a permanent procedure is a good idea.

3. How does your thyroplasty technique differ from what has been done before?

All thyroplasty techniques described so far have used a commercially available, synthetic material. I developed this procedure after I read about complications in patients who received radiation therapy and who have impaired tissue healing, where the implants are rejected even after being in place for a long time.

Autografts use a patient’s native tissue, which has a much lower chance of being rejected. In this procedure, autologous tissue, fascia lata, is simultaneously harvested and placed in the paraglottic space. It has not been studied in any clinical trials, though in 2017, Izadi from Iran described the use of freeze dried cadaveric fascia lata as an implant. Also in 2009, Jiang et al. described the use of fat and autologous fascia lata as an injectable.

4. Which patients are eligible for this thyroplasty technique?

Patients who have undergone radiation or who are immune suppressed (e.g. on chemotherapy) are at increased risk for extrusion or foreign body rejection and are also good candidates.

5. How would you counsel a patient referred to you for this procedure?

Similar to the way that patients with traditional thyroplasties are counseled. They are then informed that the material used for medialization is being taken from their thigh. They are usually pretty happy with the idea that we will be using native tissue. There remains a risk of infection, as well as a 5 cm scar and additional pain at the donor site.

6. What can fellow surgeons interested in implementing this technique do to ensure successful outcomes?

Otolaryngologists in Philadelphia have discussed the procedure at length with me and are keen to adopt it. It is a relatively simple technique, and autograft fascia lata slings are used a lot in the head and neck. Fascia lata has been used historically as an autogenous graft for facial reanimating. It is easy to handle and allows for adequate length of tissue for use.

7. What can patients and PCPs do afterward to ensure successful outcomes?

I instruct them on voice rest and to keep a pressure dressing on the thigh for a week. PCPs should also instruct patients to avoid excessive voice use and not to exercise, as this can cause swelling and possibly bleeding in the thigh.

Natasha Mirza, MD is an Otolaryngologist at the University of Pennsylvania. 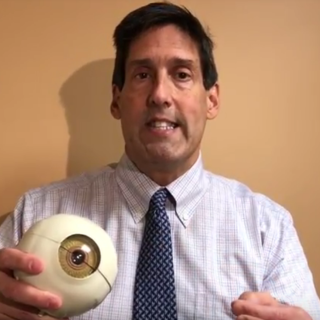 Ophthalmologists Are Among the Happiest in Medicine. Why Are so Few Students Choosing the Field? 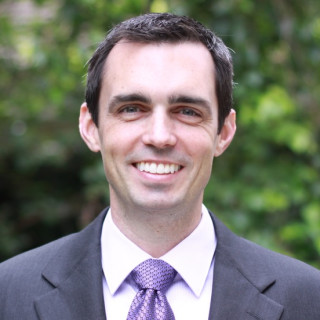