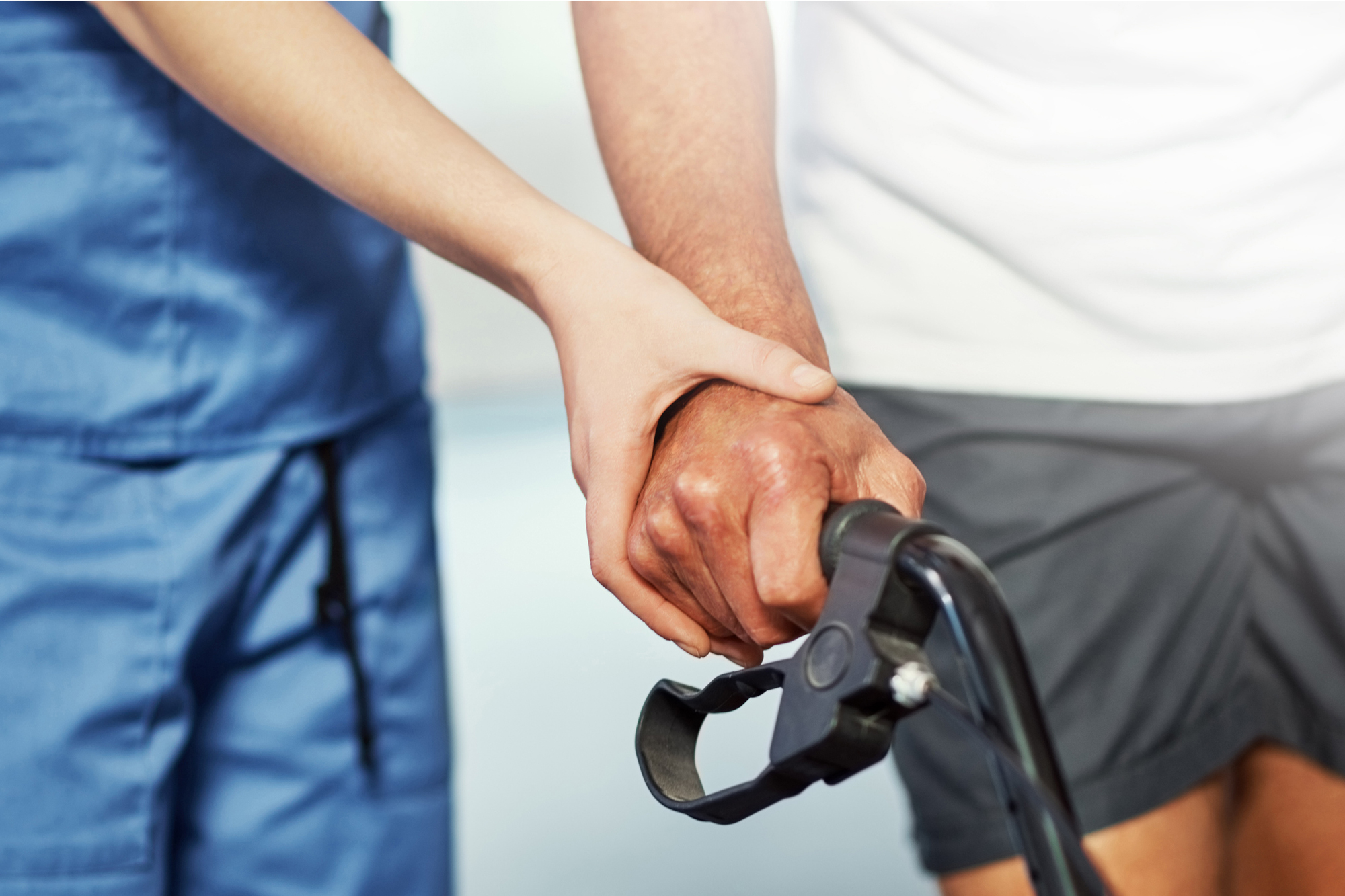 It was a late admission, around 6 or 7 p.m. You were coming in from an outside hospital, about an hour north of our facility in Miami. We had all read about you — hundreds of pages worth of information detailing the days upon weeks of medical procedures that had been performed to keep you alive. You pulled through, they saved you; you made it.

When you arrived, you were medically stable but severely confused. You had no idea where you were; I could tell because your eyes told me what your mouth could not. You were aphasic, unable to speak, sequelae of your injuries. You were hit by a car walking across a street and sustained a severe TBI. When you were found, you were a three on the Glasgow coma scale, completely unresponsive. You arrived at our facility as a four on the Rancho Los Amigos Scale; you were confused and agitated, trying to remove the tracheostomy and PEG tube that had been placed at the previous hospital. You were my first low-level patient with significant cognitive impairment. I feel no shame in saying I was nervous and afraid.

My co-resident and I read your discharge paperwork from the hospital stay, nearly 400 pages worth of information. We attempted to get the best information possible from the paper chart we were sent; it was difficult and time consuming, but we got what we needed.

Then, the story became much more real. Your mom came in and asked for the doctor.

She was scared because she was told that all of the information would be seamlessly transferred from one hospital to another, a promise that is not always delivered (as anyone who has worked in a hospital for long enough can attest).

I told her the record was incomplete and we would have to get the rest of it the following day. It was a harsh truth, but there was no way around it. She put her head down and looked back up at me with the intensity of a mother whose only child had survived a catastrophic injury and was now laying on an unfamiliar hospital bed with incomplete medical records.

“The other hospital told me that I was crazy to leave. That I should stay. I chose this rehab hospital. I chose Jackson because you work miracles, that’s your slogan. I believe in it. I chose you guys, don’t make me regret that, please.”

I couldn’t sleep that night. I called my night float resident at 10 p.m. to ask if my patient was OK.

“He’s doing fine, everything is under control,” the resident said.

It didn’t matter, I couldn’t sleep.

The first day of therapy went smoothly. The therapists and the nurses in rehab hospitals are the true miracle workers, ensuring all medications are given promptly and notifying us if they notice decompensation in a patient. Physical, occupational, speech, recreational therapists, and neuropsychologists, all working synergistically with these patients — it’s inspiring. While we medically manage, the therapists are the ones that are truly returning function, returning what was once lost. Establishing a new normal. Occupational therapists bathe patients while simultaneously teaching them how to perform their basic activities of daily life. Physical therapists work on core strength and gait training, retraining patients how to walk again. Speech therapists patiently and gracefully weave through cognitive impairments to tease out subtle and not-so-subtle cognitive deficits, re-teaching patients how to speak and eat. Neuropsychologists focus on patient and family coping mechanisms and develop real-world plans of action. Rehabilitation is one of the few fields that is truly and fundamentally multidisciplinary. It is medicine at its fullest potential, when the common goal is simple. The goal is the patient — it’s you.

It had been nearly two weeks since you were with us in rehab and still you were aphasic. I heard our speech therapist let out a quick, “Oh,” and when I entered your room, you were acutely confused, it seemed like you couldn’t understand why we were all so happy that you were speaking. You couldn’t remember. From your perspective, you’d never stopped speaking, so why was it such a big deal now?

We called your mom. It was around 11:30 a.m. She was afraid because why would the hospital be calling at 11:30 a.m.? She immediately started crying. I’ll never forget the conversation. Our speech therapist said: “Say it, tell your mom.”

And your first words in over two months were: “I love you, I love you, mom.”

I wasn’t able to discharge you, I switched services before you left, but I always wondered if you would remember me. You came back to outpatient PT, OT and speech therapies and all the therapists said you were doing great, that you were thriving. You were walking and talking, your life was getting back to normal.

Nearly four months have passed. Recently, I walked in through the main entrance of our hospital, and there you were, on your phone. You looked at me, we made eye contact. No confusion in your eyes this time. You looked down again. You didn’t remember me, but it didn’t matter. Because I remembered you. I remember almost every detail of your hospital stay with us. The greatest gift was seeing you as normal as could be, as if nothing had happened.

I’ll say thank you, to you. You showed me that rehabilitation is much more than medicine, it is a group of people who love what they do and work relentlessly to make miracles happen.

Armando Alvarez is an MD/MPH completing his preliminary year in internal medicine. He will be completing his residency at the University of Miami/Jackson Memorial Hospital in physical medicine and rehabilitation.