A Doctor Mansion Can Ruin Your Life

In America we face an unbelievable drive to buy a house as soon as possible. This drive exists with medical students, who usually need to borrow money to eat. It augments as residents, who might have $400,000 of student loans with payment plans that don’t even cover the interest. Then as an attending, we can’t even think about renting. Doctors just don’t live in rentals.

In addition to the drive to own a home, is the need for that home to be “fitting” of a doctor. In a small town where the median house sells for about $200,000 and is 2,000 square feet, I watched a young doctor build a 10,000+ square foot mansion for $2,000,000. My wife and I toured the house when it was under construction and she thought they would need a riding vacuum. A house like that can destroy the family finances for decades.

But here is the reality, with a net worth of minus $350,000, there are more important priorities to contend with before buying a house, let alone a doctor mansion.

What I see too often in my one-on-one financial coaching, is the disregard of the overall financial picture, while looking only at the new large paycheck. If one buys an extravagant house in this setting, the house will require a significant portion of that paycheck and will not leave enough money for the other necessities.

There are a few things we tell ourselves in order to rationalize purchasing this extravagant house. Housing prices are only going to get higher so we better act now. We can start saving for retirement later. The kids are a long way from going to college, so we have plenty of time to deal with saving for their education. I’m healthy and young so I can do without disability insurance for a little while longer. Many things you should be purchasing take a backseat to the big house payment.

But while these important things get pushed out of the budget, many less important things are purchased that increase debt and monthly expenses. Expensive new cars, nice vacations, and of course that big house needs furniture now, not in a few years.

I told one couple, “Don’t you realize that you vacation like a millionaire, but you are worth less than zero?” They had never thought of it that way. They were really burning through their money, but many necessary items were not in their family’s spending plan.

A big problem with purchasing a doctor mansion is the reluctance to give it up when you realize your house is driving you into financial ruin. Those high monthly payments can haunt you for the rest of your life. Many doctors repeatedly refinance their house. Then 30 years later they still have a 30 year mortgage that is now higher than when they started, preventing them from retiring when they want. You must save 300 times the monthly payment in order to cover those payments from your retirement plan. (25 times the annual payment)

Your home should be a place of tranquility that you return to after a long, hard day. If you buy a mansion that is out of proportion with your net worth, you will end up creating a ball and chain. After a few years, the strain of the mortgage payments will start getting to you. You will regret purchasing the house, but you will also be unable to part with it.

One doctor living in his dream mansion had his practice income fall and asked for my advice. We looked his finances over and realized he was hemorrhaging $5,000 a month. That is a financial emergency.

I suggested he sell the house and get a “normal” house for the area. He said no. Even though his dream home was killing him, he would not let it go.

Six months later, and another $30,000 down the drain, he agreed to sell his dream house, enabling his family to get back into financial balance. Moving to a less extravagant house was difficult, but his marriage, and his family were much happier without the financial stress. It would have been much easier had he not purchased that extravagant house in the first place, stretching his budget to the limit.

Live like an average American until you have established a firm financial footing, then you can think about a doctor mansion. But by then, you likely won’t want one.

Dr. Cory S. Fawcett can be found blogging at DrCorySFawcett.com and his award winning Doctors Guide book series is available at Amazon.

How to Maximize Elective Credits in Med School

Apr 2, 2019 Link to How to Maximize Elective Credits in Med School

Read To This Gastroenterologist, the Field Is an “All-You-Can-Eat Buffet”

To This Gastroenterologist, the Field Is an “All-You-Can-Eat Buffet”

Dec 8, 2017 Link to To This Gastroenterologist, the Field Is an “All-You-Can-Eat Buffet”

Read What Does a Leader Need to Survive a Complex Environment? 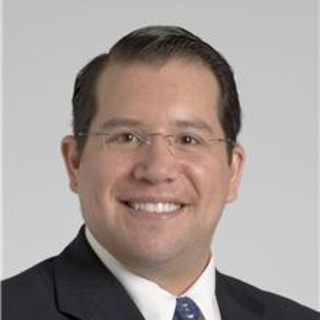 What Does a Leader Need to Survive a Complex Environment?

Apr 23, 2019 Link to What Does a Leader Need to Survive a Complex Environment?