A 3,000 Year-Old Treatment for Migraine Remains a Favorite in Headache Medicine 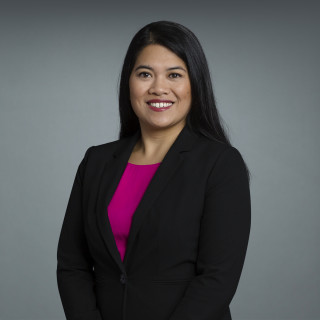 The American Headache Society’s 60th Annual Scientific Meeting took place in San Francisco last month. As the meeting proved true, it is an exciting and revolutionary time for the field of Headache Medicine.

The latest data was presented on the novel drug treatments of Calcitonin Gene Related Peptides (CGRP) monoclonal antibodies, which are made specifically for migraine prevention, along with new and ongoing research exploring other headache disorders.

As futuristic treatments of headache were discussed, I was honored to present on the ancient treatment of acupuncture and its role in headache management. Along with Dr. Deena Kuruvilla and Dr. Rebecca Wells, members of the Complementary and Integrative Medicine Section of the American Headache Society, we each discussed the role of various integrative medicine approaches for headache patients.

Acupuncture is a treatment that originated in ancient China and dates back more than 3,000 years. It consists of thin needles inserted into the skin at specific parts of the body called acupuncture points.

Acupuncture is based on traditional Chinese medicine (TCM) theory. In TCM theory, a person is healthy when the body is in a balanced state. When there is imbalance in the body, illnesses may develop. The concept of Qi (our vital energy) is central to TCM theory. When Qi cannot flow through the meridians in our body (specific channels where acupuncture points are located) then illness will manifest. The goal of acupuncture is to find a pattern that explains why there is imbalance in the body, and to restore balance by placing needles into the points to allow Qi to flow freely again.

In the 1970s, interest in acupuncture grew in the United States. During this time, President Nixon had visited China and witnessed surgery performed under acupuncture analgesia as opposed to traditional anesthetic agents. A New York Times reporter had also traveled to China and had an emergency appendectomy. He wrote about his experience using acupuncture to control post-operative pain.

In 1997, an NIH consensus panel determined that acupuncture may be considered a treatment option for adult postoperative and chemotherapy induced nausea and vomiting as well as postoperative dental pain.

The focus also turned to the science behind acupuncture. Research on human and animal models suggests the involvement of the endogenous opioid systems in the central nervous system is an integral part for acupuncture analgesia. If acupuncture needles are stimulated with certain electrical frequencies, there is a release of all the endogenous agonists which provides a robust analgesic response. Other brain areas thought to be involved in acupuncture analgesia for headache include the trigeminal nucleus caudalis as well as areas involved in pain processing such as the nucleus accumbens and amygdala.

There is still debate, however, on whether the analgesia obtained from acupuncture is due to a placebo effect. Acupuncture often involves frequent provider-patient contact since treatments take place over multiple sessions. It can be seen as an “exotic” treatment, and may be thought of as a more invasive procedure due to multiple needle insertions. These are all thought to enhance the placebo effect.

Both reviews showed a small but significant effect of true acupuncture over sham acupuncture in achieving a 50% reduction in headache frequency. This was a new finding compared to a 2009 Cochrane review for acupuncture and migraine which showed no significant effect between the two. The authors concluded that acupuncture should be considered a valid preventative treatment option for patients with migraine or tension type headaches.

Another study focusing on long-term prevention of acupuncture as migraine prophylaxis also showed a small but significant effect of true acupuncture versus sham acupuncture, but there was also some clinical improvement in the sham group. The authors surmised that sham acupuncture may have a direct physiological effect or the improvement could be due to a placebo effect.

There are several considerations when incorporating acupuncture into a patient’s treatment plan. Acupuncture sessions can vary in cost — some insurance carriers may cover acupuncture, but others may not. Time must also be set aside for the treatments. It can take six to eight sessions to see a decrease in migraine frequency and severity. These sessions can take place from several times a week to every other week, and may last about 30 to 45 minutes.

Further, there is minimal risk involved with the procedure, which may include bleeding, infection or bruising. Acupuncture should be considered for those who do not want to take medication or who experienced side effects from drugs. It can also be used in pregnant patients though specific points that may induce labor should be avoided. Some patients may respond well, while others may not notice any improvement. In my clinical experience as a medical acupuncturist, patients have reported decreased headache frequency, decreased headache severity, less use of acute medications, and overall improvement in well-being. For those who do not respond, we continue with other pharmaceutical or behavioral treatments to help reduce headache frequency and severity.

Ultimately, current evidence suggests acupuncture may be helpful in preventing headache though more robust studies are needed, but offering this as a treatment option for patients is worthwhile to help them achieve more time without headache.

Dr. Adelene Jann is a clinical assistant professor of Neurology and director of the Headache Medicine Fellowship Program at NYU Langone Health.