More than half of U.S. clinicians and medical students expect to take over 10 years to pay off their student loans, according to a recent Doximity poll. But with large variations in pay, lifestyle expenses, and wealth inequity, the student loan burden affects populations differently. 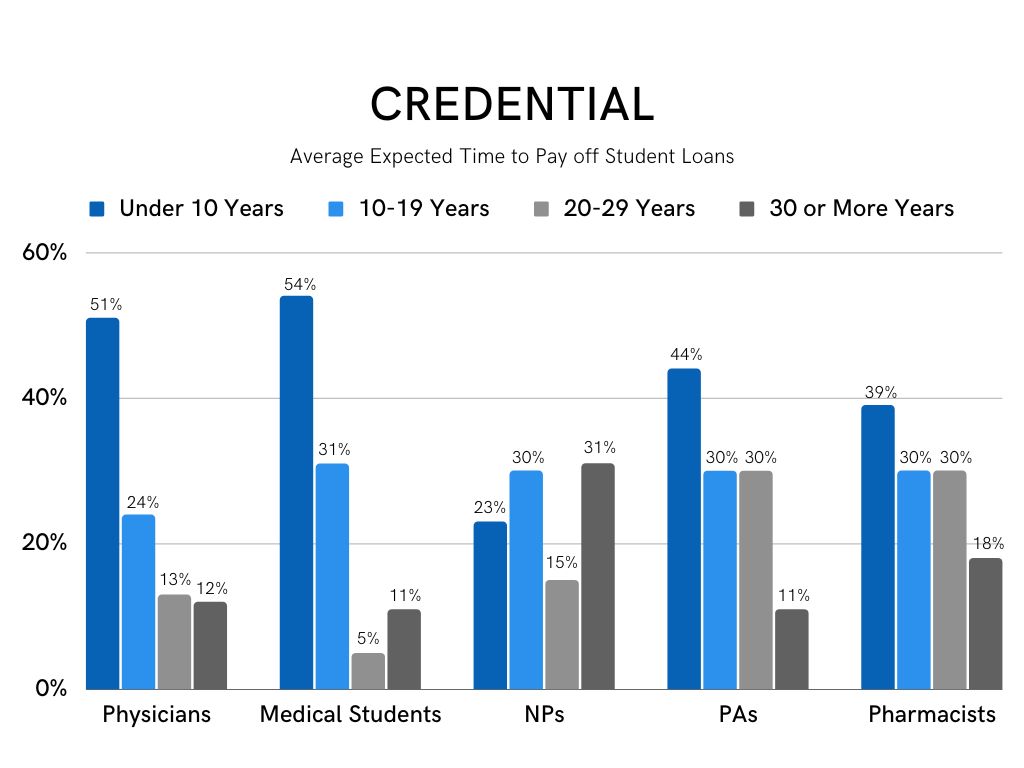 Physicians expect to pay off their student loans faster than other clinicians despite having the largest amount of debt. According to the AAMC, medical students graduated with $203,062 in education debt on average. This is significantly larger than the average NP student loan debt of $40,000–$54,999, per the AACN. While 51% of physicians expect to pay off their loans in under 10 years, 31% of NPs expect to pay off their loans in 30 or more years. One glaring driver of this difference is salary differentials. Attending physicians earned an average salary of $218,850 in 2020. By contrast, average salaries are $125,460 for pharmacists, $116,080 for PAs, $114,510 for NPs, and $67,382 for medical residents.

These average salaries also suggest that many clinicians with outstanding debt and qualifying paychecks could be eligible for the loan forgiveness program announced by President Biden on August 24. This program offers to cancel $20,000 for those who qualify for Pell grants, and $10,000 in debt for those earning less than $125,000 per year – a group that includes many pharmacists, PAs, NPs and medical trainees. This could give a boost to long-term financial goals and allow some clinicians to rethink their timeline to pay off loans. 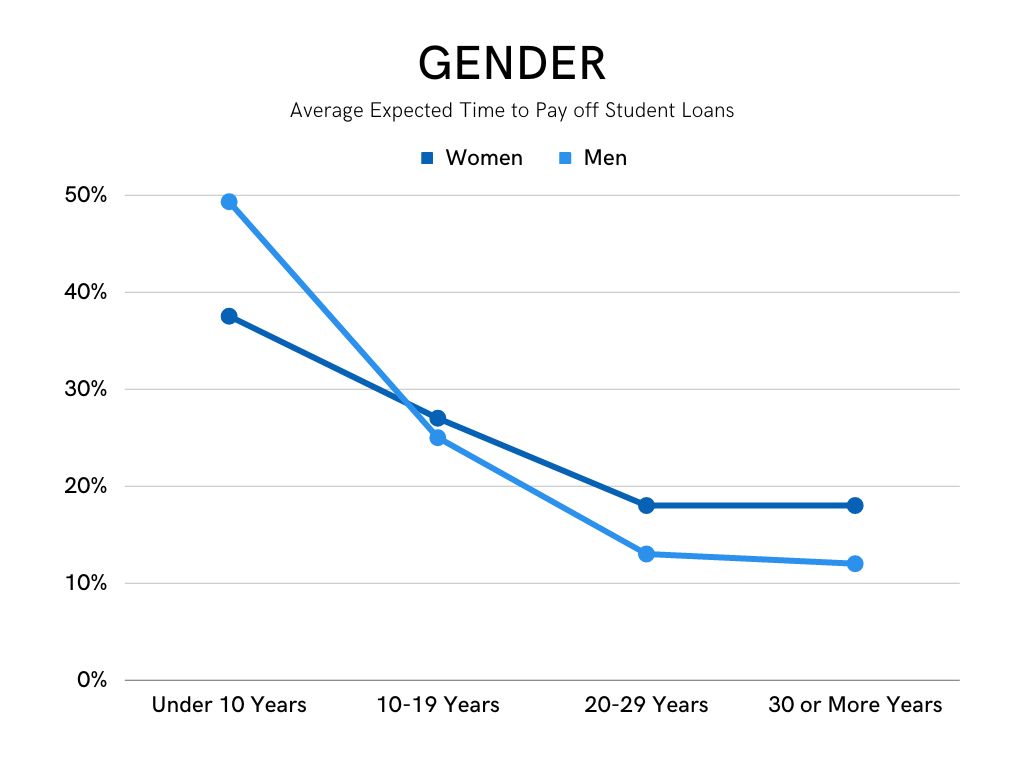 Salary differences may also explain gender differences in paying off student loans. When looking at the gender split, 12% more men than women expect to pay off their loans in under 10 years. One reason is confounding: A higher proportion of NPs and PAs are women, as compared to doctors, and the average doctor earns more and thus repays their loans sooner. However, there is also a gender pay gap within each given profession, which Doximity's Physician Compensation Report revealed to be 28.2% for men versus women physicians, 11% for PAs, and 9.6% for NPs. Additionally, the American Association of University Women recently reported that women owe nearly two-thirds of the nation’s $1.7 trillion in student loan debt. 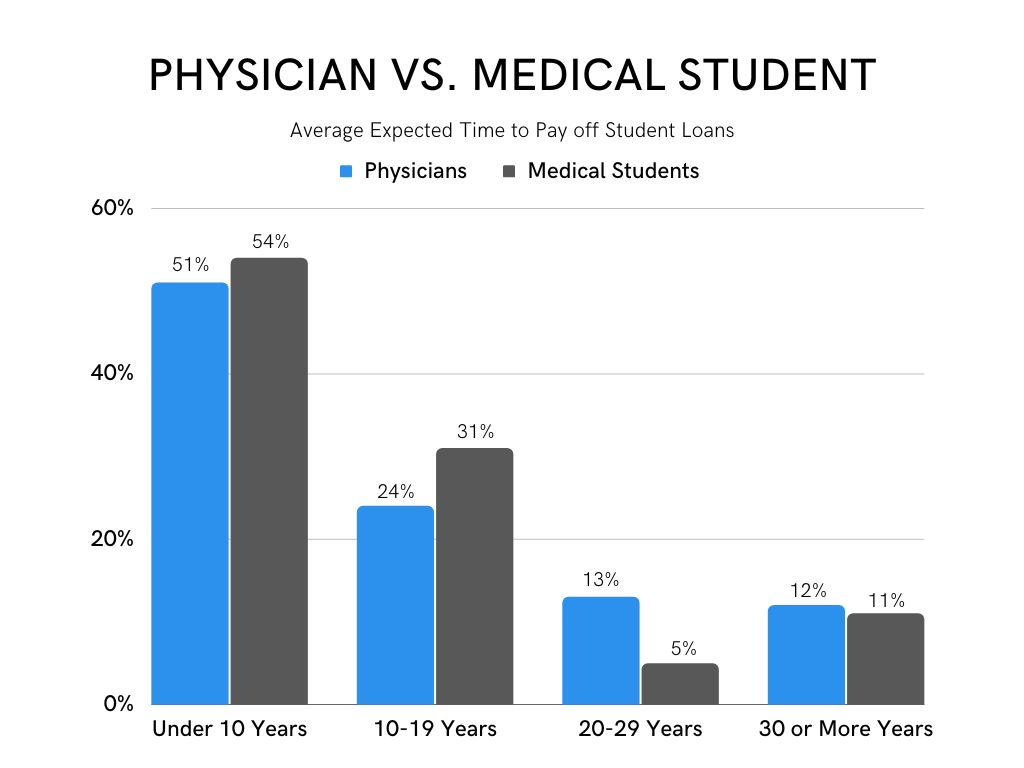 The Doximity poll found that medical students expect to pay off their loans faster than physicians. Many doctors may complete their medical training without sufficient personal finance know-how, which could contribute to overly rosy expectations.

The student loan forgiveness plan is a new factor in the mix, and it may help some clinicians continue to chip away at their debt. Matthew Shick, senior director of government relations and regulatory affairs at the AAMC, told Axios, “$10,000 to $20,000 forgiven in terms of over $200,000 in debt might not sound like a lot, but everything helps. It’s good to receive that help early in your career in medicine, because then the interest isn’t accruing as long.”