4 Money Lessons I Wish My Parents Had Taught Me

I believe we can learn all these things and more at a very early age. Why? Because we are human sponges when we’re children. At that age, we’re wonderfully efficient learners. Children are literally wired to absorb information. It takes thousands of hours of practice to become a good violinist. Even after putting in that effort, the odds of becoming a virtuoso aren’t great.

On the other hand, far less time is needed to master the fundamentals of finance. Yet it’s essential for physicians to master since we face a number of financial obstacles throughout our careers, from paying off medical school loans to accumulating overhead in our personal lives. It isn’t rocket science — far from it — and the payoff is far more assured. If you’re looking for a large reward for relatively little effort, I would argue that few endeavors can rival learning about finance.

We all need someone to teach us about money when we’re growing up — and yet often it simply doesn’t happen. It seemed like there were two taboo topics that my parents never discussed when I was younger: money and sex. Sex education is now taught routinely in our schools, but not finance. Isn’t that ironic in a society as materialistic as ours?

Two years ago, I decided to act on these convictions by writing a financial guide for my two children, now ages 11 and 13. I ended up distilling everything I had learned about finance into a series of laws. Below are four of the most important:

Law №1: Compound interest is the most crucial notion in finance. This simple concept has enormous practical implications for both investors and borrowers, including the virtues of starting to save as early in life as possible and the tremendous cost of carrying credit card debt.

Law №2: Nothing else will matter if you don’t learn to save. The overwhelming majority of finance books focus on investing. These books are alluring because they promise a quick road to riches. But unfortunately, there are no shortcuts in finance. The most important things we can do to ensure financial success is saving money. It isn’t nearly as exciting as investing, but it is indispensable.

Law №3: Borrowing, except for a mortgage, is the road to financial slavery. Put bluntly, non-mortgage debt is toxic to your financial wellbeing. Like so many things in finance, debt is more than just a money issue. It’s a behavioral issue. We’re constantly encouraged — by family, friends, colleagues, and advertising — to buy things we can’t truly afford, and yet we don’t even realize it.

Law №4: Know your net worth. An increasing net worth is a sign of financial health. If I could only know one thing about a family to assess their financial health, I wouldn’t ask about salaries or the size of their house. Instead, I would want to know their net worth and what’s happened to it over the past five to 10 years. Net worth and its long-term trend speak volumes about the state of a family’s finances.

Dr. John Lim is a physician. He’s working on a finance book geared toward children. An original version of this story initially appeared on HumbleDollar and was republished with permission.

If All Your Friends Are Doctors, You Need New Friends 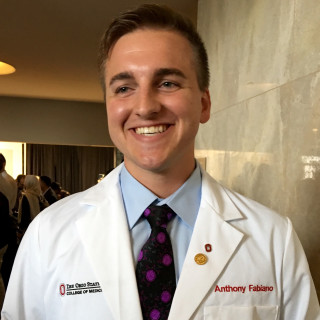 Keeping up Is Hard. Slowing down Is Harder

The Top 10 (Annoying) Questions My Family Asks During the Holidays

‘Health Care Is A Right'

Did I Choose Family Medicine or Did It Choose Me?

What Was Unique About This AHA Conference?