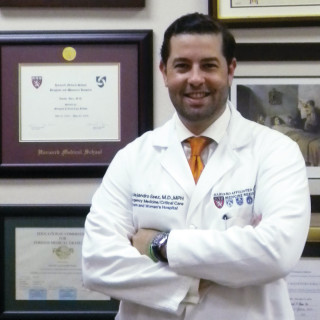 On the first day of the 2018 American College of Emergency Medicine (ACEP) Scientific Assembly in San Diego (Oct. 1–5), the college hosted the first-ever Austere Medicine Symposium showcasing Female Military and Civilian leadership. The program was comprised of rapid-fire focused conferences, including “How the US Military Transformed Combat Casualty Care in Iraq and Afghanistan” and “Update on the ACEP High Threat Emergency Casualty Care Task Force.”

With a full house of more than 200 audience members, the session was also live streamed via Facebook Live and available as a web recording, and everyone got the opportunity to interact with the panel experts and learn about the history and importance of Civilian-Military collaborations in Austere Emergency Care.

I had the opportunity to moderate the forum. It was an amazing exchange showcasing strong leaders (who happen to be females), all of whom arduously and very effectively work in the traditionally perceived male-dominated world of Austere and Military Medicine. It was an amazing privilege to share an academic stage with such distinctive colleagues.

The first military speaker was LCDR Andrea Austin, MD. Her operational medicine experience includes emergency physician, shock trauma platoon at Al Asad Iraq in 2016, and Kuwait in 2017. Meanwhile, her academic experience includes being an assistant program director and simulation director for Emergency Medicine at the Naval Medical Center San Diego. Currently, she is stationed at the Naval Trauma Training Center located at USC-LA County. She also instructs corpsmen, nurses, and providers on operational medicine and trauma care as pre-deployment training. LCDR Austin is currently faculty in the Department of Military and Emergency Medicine at USUHS.

Colonel Melissa Givens, MD, MPH, the second speaker, is a graduate of the United States Military Academy and USUHS alumni. She is board-certified in Emergency Medicine with subspecialty training in Clinical Toxicology and Sports Medicine and certification as a Strength and Conditioning Specialist. She is the former program director for the Carl R. Darnall Emergency Medicine Residency and EM-PA Fellowship. She has held various academic and operational assignments and completed several combat tours and deployments with both conventional and Special Operations Forces. COL Givens is currently faculty in the Department of Military and Emergency Medicine at USUHS.

Hilarie Cranmer, MD, MPH is the first director of Disaster Response at the Center for Global Health at Massachusetts General Hospital. In addition to being clinical faculty in the Department of Emergency Medicine at MGH, she is an associate professor at Harvard Medical School and Harvard School of Public Health, Department of Global Health and Population.

After the Port-Au-Prince earthquake in January 2010, she built the largest field hospital in Haiti. In caring for over 5,000 patients and their families with more than 700 international volunteers, this hospital was recognized by the UN and the US Government as being the best field hospital post-disaster in the last 25 years. Her latest work includes the professionalization of humanitarian response, with a particular focus in e-learning and simulation-based training, as evidenced by her recent directorship of a comprehensive simulation in Tunisia for the World Health Organization.

Dr. Amado Alejandro Baez is an Emergency Medicine and Critical Care physician. He is the past chair of the ACEP Tactical EM Section. He is the medical director USACS/Florida Hospital Tampa. He can be reached on Twitter @AleBaezMD.

Read My Breastfeeding Experience as a Working Physician Mom

My Breastfeeding Experience as a Working Physician Mom

Feb 7, 2019 Link to My Breastfeeding Experience as a Working Physician Mom

It's Your Life, Practice Medicine Your Way

Read Why We Should Tell Patients Their Illnesses Are Stories

Feb 4, 2019 Link to Why We Should Tell Patients Their Illnesses Are Stories