3 Takeaways from the Critical Care Congress 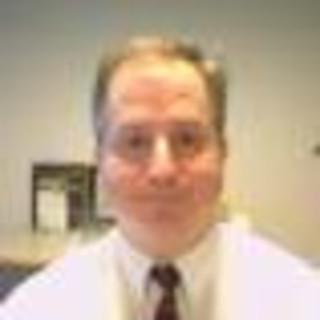 Three topics held particular interest: 1) Status epilepticus, 2) Neuromodulation of the immune system, and 3) Emerging Research Networks. Below are brief highlights and take-home messages from the meeting.

Status Epilepticus: The incidence of seizures and status epilepticus among intensive care unit patients is surprisingly high, with over two dozen studies showing incidence ranging from 20–40%. Seizures in the ICU are frequently silent, or nonconvulsive, require electroencephalography monitoring to detect, and have wide-ranging deleterious effects on acute brain physiology and long-term clinical outcome. The use of continuous electroencephalographic monitoring to diagnose, and treat status epilepticus is now considered obligatory by several society guidelines, and increasingly there are newer monitoring methods and software to facilitate this monitoring. New clinical trial results will be emerging in 2018, and studies dedicated to reduce the burden and duration of status epilepticus are being planned. Recent studies indicate that status epilepticus is inadequately treated or treated too late in a large percent of patients. Large research networks such as the Neurocritical Care Network and the Discovery network are planning additional studies.

Neuromodulation of the immune system: Plenary speaker Kevin Tracey highlighted two decades of innovative work by his lab to discover the influence of brain activity on the immune system, which is encapsulated in the concept Dr. Tracy calls Inflammatory Reflex. This reflex consists of a sensory input via the vagal nerve to the brain, which encodes information about the systemic upregulation of selected cytokines such as interleukin 1, interleukin 6 and tumor necrosis factor-alpha. Each cytokine elicits unique vagal nerve discharges, which signal the brain about infection. The efferent reflex loop carries information from the brain, or from a vagal nerve stimulator, which can suppress the pathologic upregulation of the immune system. Thus, clinical trials of vagal nerve stimulation to regulate immune diseases such as rheumatoid arthritis have preliminarily indicated a potential role of neurostimulation to affect systemic disease like sepsis or rheumatologic diseases. The potential use of nerve stimulation to enhance and treat pathologic conditions of the immune system now appear to be a realistic possibility and exploratory work is rapidly accelerating.

Emerging Research Networks: The SCCM meeting featured discussion of several emerging research networks in critical care. Discovery®, the Critical Care Research Network is a joint effort between the SCCM, the United State Critical Illness and Injury Trials group (USCIIT), and the Critical Care Pharmacotherapy Trials Network (CCTPN), was formed in 2017 to facilitate collaborative, large scale research in critical care medicine. While only recently formed, Discovery® is garnering enthusiastic support among investigators and is facilitating consultations with new investigators to help build nascent research concepts into full scale, multicenter studies. Over 100 clinical investigators participated in the winter investigators meeting which documented considerable progress in enrolling thousands of patients into new critical care trials. In addition to Discovery®, NIH funded research networks in Neurocritical care presented progress reports on their studies, including reports from the Transforming Research and Clinical Knowledge in TBI (TRACK-TBI), the Neurocritical Care Research Network (NCRN), and the new National Center for Advancing Translational Science (NCATS) Clinical Trial Innovation Network. In the last year, each network has made important contributions. TRACK-TBI has made important contributions into diagnostic imaging and prognosis after TBI. NRCN has facilitated 2 multicenter clinical trials in intracerebral hemorrhage. Finally, NCATS has been funded to assist in creating and enhancing new clinical trials in Neurocritical care. Thus, team science through collaborative research networks have received a large boost in 2018.

Read “It Is Easier to Build Strong Children Than to Repair Broken Men.”

“It Is Easier to Build Strong Children Than to Repair Broken Men.”

May 15, 2018 Link to “It Is Easier to Build Strong Children Than to Repair Broken Men.”

For Expecting Moms with Opioid Addiction, Health Starts with Compassion

May 9, 2019 Link to For Expecting Moms with Opioid Addiction, Health Starts with Compassion