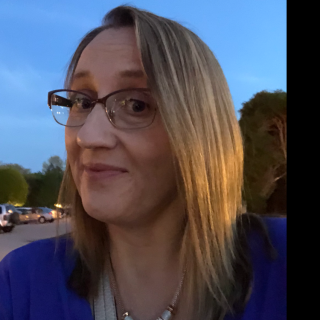 “Her family is here,” the charge nurse said. “They want to know what happened.”

As senior medical resident on call, the dreaded task fell to me. I grabbed my sub-intern and dragged her along as I headed towards a small conference room filled with grieving relatives. I felt completely unprepared to deal with the task at hand, and for good reason — I never had any training at all that might equip me for the inevitable delivery of very, very bad news. The old adage of “see one, do one, teach one” did not apply. So in the absence of any guidance whatsoever on the subject, I decided to wing it. What could possibly go wrong?

I briefly pressed my eyes shut to gather my thoughts. I really should have used that moment to pray for divine intervention, but instead I racked my brain for something to say that would somehow make everything better. I was drawing a blank. I knew that I did not want to appear vulnerable, or awkward, or tongue-tied, so I decided to stick to the facts. I decided I should tell them everything that had happened over the past few hours, including all the medical details that they certainly deserved to know. I felt comfortable describing facts. The family, I reasoned, would want to understand the facts.

She had been a bubbly, outgoing middle-aged woman, who had raised her children to happy young adulthood prior to admission. Her symptoms had begun innocently enough: she noticed a few bruises on her shins. She had just adopted a playful puppy, and she initially thought that the bruises came from his clumsy affection. But the bruises spread, and soon she had a fine, pinpoint red rash. It turned out that her platelets were virtually non-existent.

She was admitted to the hematology inpatient unit, and our team pulled out all the stops to treat her profound idiopathic aplastic anemia. She had pancytopenia, but her thrombocytopenia was dangerously severe and resistant to all of our attempts to treat it. It was a quiet Saturday afternoon when I noticed her blown pupil. After that, things had gone downhill rather quickly, and despite my best efforts, she slipped into a coma and died. There would have been more specialists in house had this occurred during the week, and help would have arrived sooner, but I really didn’t think that the outcome would have been any different.

As I walked into the conference room, I felt a bit more confident. I had a firm grasp of the facts, which I would explain with clarity and completeness. I drew on my experience teaching medical students on the wards as I explained the nature of our failed treatments and the hazards of severe thrombocytopenia. It was very informative. The family members looked shell-shocked, and I wondered if they were processing the details that they had so vehemently requested. I decided to speak more slowly.

Using a chronological approach, I gave them a clear picture of the events leading up to the death of their beloved wife and mother. It was very scientific, very accurate. When I began to explain how the refractory thrombocytopenia had led to the intracerebral hemorrhage, her husband lowered his face into his hands.

“Stop. Just stop,” he said. His broad, hunched shoulders began to shake as low sobs escaped between short intakes of breath. “I don’t want to hear any more.”

It was not until that very moment that I understood. My patient’s family did not want to know “what happened.” My patient’s family wanted to know how their loved one had died. I suddenly realized that I had not told them what they so desperately needed to know. Unfortunately, the time for effective communication had already passed.

In a regrettable moment of highly literal thinking, I completely mis-interpreted a very important question and forever ruined a moment that should have provided healing and closure. For many years, I blamed my own youth and inexperience. But as I myself have grown older, I am absolutely astounded that nobody ever bothered to provide me with the type of guidance that could have prevented this error. In fact, emotional distance and clinical detachment were the only guidance I ever received. I was pretty good at that, I am sorry to say.

And so in honor of my patient and her family, so many years too late, I will tell you how she died. She died exactly as she had lived, with self-deprecating humor and concern for everyone but herself. Though her face began to weaken, her brilliant smile did not dim. Though she understood that her own life was slipping away, she considered others first — she told me not to worry, cracking jokes to make me smile as I jogged through the corridors, pushing her gurney, rushing her to the scanner on the way to the ICU. Did I mention that she slipped away peacefully, and that she wasn’t in any pain? Did I tell you that we did everything that could have been done to save her? I finally learned how to answer the real question with words my patient’s grieving family needed to hear. What happened? She died well.