Women in Medicine Struggle with Mentorship and Sponsorship

I recently attended the American College of Chest Physicians conference in San Antonia where I was part of a panel of speakers titled “Challenges for Women in Medicine.” This session addressed three areas, imposter syndrome, breaking the glass ceiling and mentorship which was my piece. With all the recent discussion regarding women in medicine and gender parity, this session was particularly timely.

For there to be gender parity in medicine several areas must be addressed: salary parity, mentorship and sponsorship, equity in research funding, support of universal access to family and medical leave policies, leadership development programs, implicit-bias training and concerted efforts to recruit and retain women physicians. While all of these areas are important for women to achieve parity with men in medicine, my task at the Chest meeting was to address mentorship.

A recent medical blog survey demonstrated that 42% of respondents did not know the difference between mentorship and sponsorship. The term Mentor has it origins with The Odyssey by Homer. Odysseus, the king of Ithaca, goes to fight in the Trojan War and leaves the care of his household to Mentor, who serves as a teacher and overseer of Odysseus’s son Telemachus. In the story, Athena, who is the goddess of wisdom, courage and inspiration, takes the form of Mentor and advises Telemachus. Hence the term mentor arose and is now synonymous with someone who imparts wisdom and knowledge.

On the other hand, sponsorship is the public support by a powerful, influential person for the advancement and promotion of an individual within whom they see untapped or underappreciated leadership potential.

There are differences between the roles of mentors and sponsors. Mentors can be at any level in the organization and one does not need to be in a position of power to mentor. Mentors are selected for their content expertise and often work behind the scenes to support their mentees. Sponsors, on the other hand, are highly placed with the organization and have an influence on decisions regarding appointments to committees, promotions, and awards. Sponsors act as advocates for individuals.

Why do mentoring and sponsorship matter for women in medicine? When examining the data insufficient mentoring is cited as one of a myriad of reasons for the underrepresentation of women in leadership positions in medicine. But, mentoring alone isn’t sufficient, women also need sponsors to aid with promoting them to higher positions such as chairs, Deans, or CEOs.

Studies on the outcomes of mentoring in women are often based on self-reported, subjective measures and focus on short-term outcomes. But they do demonstrate increased retention rates and more success in promotion and obtaining research grants for those who have mentors. In addition, mentoring has been shown to help avoid feelings of isolation and contributes to increased self-confidence and work engagement. These are positive aspects of mentoring for women, but a study from 2016 demonstrated that 13% of academic women faculty have never had a mentor and 34% had prior mentors but none currently. Early career women are more likely to have mentors, but mid-career women need mentors and sponsors to attain leadership positions.

Despite the fact that there are 50% of women graduating medical school, the numbers of women in leadership positions are far less with only 16% of Deans being women. With the majority of current leaders in medicine being men we need them to be strong advocates for women. I am fortunate to have had a strong female mentor and male sponsors in my career and to work in a division that is comprised of 50% women. This is a rarity in the pulmonary and critical care world. I hope the tide is turning on a national level as we recognize the importance of diversity; not just of gender, but of race, ethnicity and sexual orientation.

One concerning aspect when addressing mentorship for women is the potential impact the #MeToo movement will have on men’s willingness to mentor and sponsor women. Recent articles in both JAMA and the NEJM have raised this question. Denying women access to mentorship and sponsorship will perpetuate the gender gap which needs to be closed. There is concern that being afraid to mentor women is not only about fearing false accusations of sexual misconduct, but about discrediting women who speak out against harassment.

“What one word best describes what you are looking for in a mentor?” A recent medical blog survey where the majority of participants were between the ages of 18–35 years asked this question. Patience was the most frequent response, followed by honesty. Mentees are looking for mentors who don’t assume that something is understood or obvious. Mentors who remember what it is like to be new, afraid and ambitious. Mentors who recognize that what the mentee needs is outside the scope of what they can offer, acknowledges this and refers them to the appropriate people. Mentees seek mentors who work towards the mentees best interests and support them in reaching their goals.

Being a mentor is a way to give back and to help the next generation succeed, but it is a two-way street and I have learned as much, if not more, from my mentees as they have learned from me. Asked my rules for my mentees I would say it is to come prepared to meetings and be the driving force behind your career.

Finally, institutions need to recognize the important role that mentors and sponsors play in the lifeline of the organization and in the future medicine in general. The women and men that we mentor and sponsor today become our leaders of tomorrow and will carry us forward. Academic credit should be given and acknowledged for successful mentors as we recognize their roles in the future of medicine.

Margaret A. Pisani, M.D., M.P.H. is an associate professor at Yale School of Medicine in the division of pulmonary, critical care and sleep medicine. I perform research on delirium, sleep and outcomes in ICU patients with a focus on older ICU patients.

Making Use of Pearls Learned at ASRS

Read “My First Patient Is My Doctor” 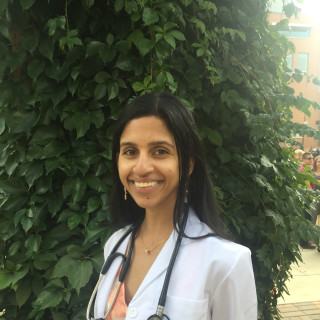 “My First Patient Is My Doctor”