Why I Was Jealous of This Patient's Death 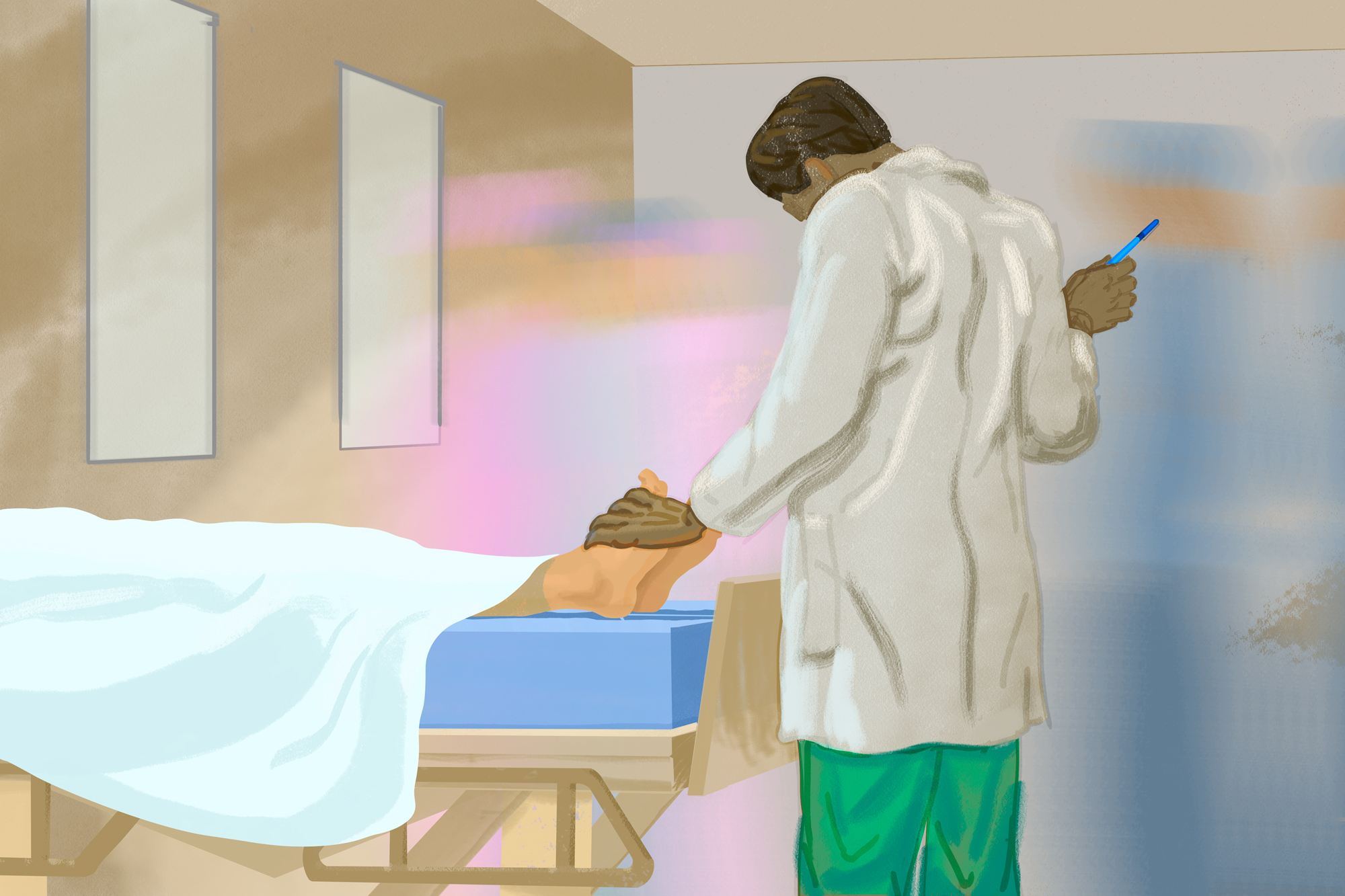 ﻿As natural as it is, death is weird. As our team walked into a silent hospital room, the only sounds were my team’s footsteps reverberating off the beige walls and the sound of my own breathing. One of our patients had died. When we entered the room, we found that a white sheet had been pulled over her head as a death shroud. Her death was not unexpected, but the silence was uncanny. It is not something we often experience in a hospital. The usual comforting sounds that we are so accustomed to were not present — no monitors beeping, no family chattering in the background, no "Golden Girls" or "M.A.S.H." on the TV. This was my first death pronouncement.

Standing at the bedside of the patient, the sheet pulled over her head, the attending explained all the necessary steps for a death pronouncement in a gentle and hushed voice — no response to vocal or tactile stimulation, no response to pain, no pupil responses, and no breath or cardiac sounds. My team methodically went through these steps to assure death had actually occurred. She had, in fact, died. With my stethoscope properly placed, her chest rang with a loud silence. I was jealous of her death.

This patient had lived a long, full life. Her family was present at the hospital as she was dying. Everyone knew the time was approaching. So I was jealous. Death is weird, in a way that all unknown things are weird. The weirdness was easier to accept knowing she had lived a long and fulfilled life, that she knew death was approaching, and that she was surrounded by family. As I listened to this woman’s silent chest, I was jealous. If I could have listened to the silent chest of my friends Seth, Scott, or Gavin, those silent chests would not have been loud. They would have screamed. Those silent chests would have screamed and raged and thrashed. No breath sounds, no pulse. If I could have listened to those silent chests, I would have heard my own inner anguish, a visceral wrath at the world, a scream that cracked like thunder and tore the mountains apart, a hot grief to boil the oceans. Now, listening to this patient’s soundless chest, I felt was the twinge of jealousy at her fortune.

Dying is natural, but who says natural can’t be weird? Weird does not mean unacceptable. Our patient had died of her disease, but she had done so at an old age and with her family present. It was expected, therefore the strangeness of it was accepted. She was at peace with what was coming, and her family was ok with that. We were ok with that. That is a gift, one that should be treasured. For the lucky ones, a silent chest doesn’t have to always be a soul wrenching cry. For the fortunate ones, the silent chest is filled with the sound of music.

Death awaits us all. It is not always expected. Sometimes death seems to come for those dear to us much too early, and at other times it arrives just in time. Death is one of the few human experiences that is universal. We will all die, and we will all ultimately die alone, even those of us who will be lucky enough to be surrounded by those who are precious to us. Life’s final journey takes no passengers. For the lucky ones who know their time is soon to arrive, we can walk beside them to the door until they are ready to take the final step over the threshold, and then we can listen to the music.

Allan Akin is a fourth year medical student at the University of Tennessee Health Science Center. He has spent much of his work in medical school focusing on serving the underserved and has applied for residency in family medicine.