While in the OR, the Founder of #NYerORCoverChallenge Went Viral

Sometimes you can tell from the get-go that something is going to be big. A hit movie, a funny video, a powerful image.

When Dr. Susan Pitt posted a recreation of the New Yorker cover cartoon that depicted an all-female surgery team, she didn’t expect the reaction it garnered. Once it caught on, it went viral in the span of one shift at the hospital. While many of the replications that were submitted on twitter featured surgeons with their masks on, Dr. Pitt and her team appeared without masks — as women who were surgeons.

“I wasn’t able to do the first picture in the OR because I was at a conference,” Dr. Pitt said. “My very first tweet tagged other women surgeons. I challenged Marissa Boeck, MD, MPH to do her own after she was the first to respond. She posted the first pic from the OR. The challenge grew from there.”

At first it was just a few photos. Dr. Pitt retweeted them and called for others to join the challenge. Then the photos started to balloon.

“I got contacted by Buzzfeed at midnight one night [after posting the picture on Twitter], and the next day, I operated all day and I got out of the OR. And it was like, ‘CNN tried to contact you,’ and I thought she was joking with me,” Dr. Pitt remembers.

Dr. Pitt’s request — and challenge — to other surgeons across the world became a sensation. The challenge was to recreate and submit their own versions of the cover, “Operating Theatre,” by the French artist Malika Favre. Thousands of submissions have been posted to Twitter and Instagram. Dr. Pitt would often collage several together to tweet out in a clump and showcase all the female surgeons that were taking part.

Though Dr. Pitt loves the picture submissions and conversations around gender inequity that that found a home under the hashtag #NYerORCoverChallenge and #ILookLikeASurgeon, she says that at the heart of the campaign is people, and it was the faces in the cartoon that drew Pitt to the cover and the replication of it.

She points to her artistic side as being the moving force behind the replication and challenge. Her artistic side has always been with her —her top career match in college was actually to be a medical illustrator. Having been raised in a household where her father was a surgeon, she never questioned her career path of being a surgeon until she was a junior in college and realized she had never thought about anything else. She ended up becoming a transplant surgeon first but found the hours on call too emotionally and physically draining, so she switched to endocrine surgery.

“I remember 5 years ago when I switched specialties, people were concerned I was committing career suicide. That was frowned upon. ‘Why would you do that, what are people going to think of you, maybe you can’t handle being a transplant surgeon,’” Dr. Pitt remembers people saying.

That negativity and talk about failure is something that she’s been able to give the younger generation advice about: “You can do anything you want, you just have to work really hard for it.”

One of the changes that she’s seen with the increase of women in medicine is the ability to talk about failure.

“In our field, nobody ever wanted to talk about their failures because that would make you look bad,” Dr. Pitt says. “One of the things women are changing in surgery is that it’s OK to talk about these things.”

Talking about failure and gender inequity wasn’t the endgame when Dr. Pitt posted a recreation of a cover she liked, but she’s embraced the responsibility she’s been given as a name and face of the campaign.

“I’ve always cared about the gender inequity but it wasn’t something I was really involved in,” Dr. Pitt admits. “But it [the campaign] sort of put me there and I’ve enjoyed being there, but it’s a place I might not have gone on my own.”

As for where the movement is going and the progress that’s being made, Dr. Pitt knows that there’s a long way to go, which can be hard for surgeons to deal with.

“Surgeons want to fix things and have immediate results,” she says, which is part of the reason she chose surgery in the first place. “The cover challenge is an isolated event and #ILookLikeASurgeon is a long campaign, but this [the cover challenge] put this some fire underneath it.”

Read I Could Handle Whatever Came in the ER, But Not My Own Health 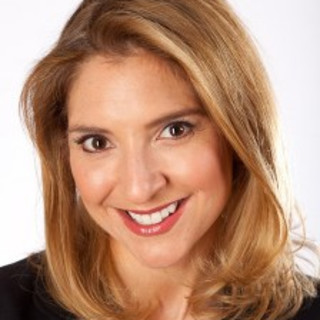 I Could Handle Whatever Came in the ER, But Not My Own Health

Read How We Are Trapped by Golden Handcuffs

How We Are Trapped by Golden Handcuffs