When Patients Ask: 'What Would You Do?' 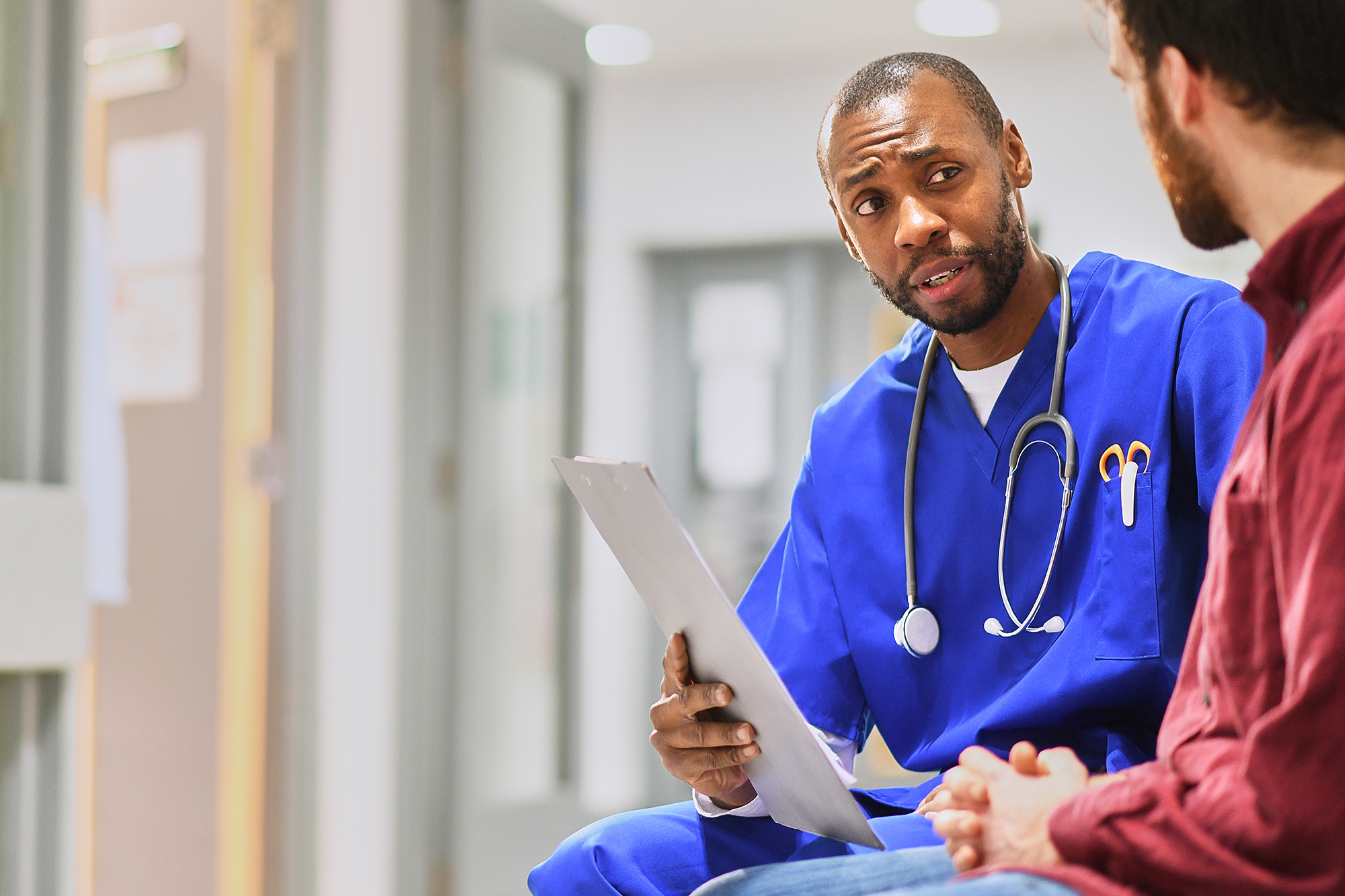 “If this were your mother, what would you do?”

I vividly remember being asked this question for the very first time many years ago. I was a newborn, practicing general surgery at a community hospital, eager to operate on anything that moved. In hindsight, I wasn’t professionally mature enough (or emotionally seasoned enough) to process the question — or live with the answer. Up until that moment, nothing in medical school, residency, or the previous year in the “real world” had forced me to think about such a question. I had no reference experience to archive, no standard of care to fall back on. I was just one year into private practice when the daughter of my patient, an 82-year-old with advanced dementia, needed my help in deciding whether to allow the sepsis introduced by a perforated duodenal ulcer to run its course.

Now, 24 years and thousands of outcomes later (most good, a few bad, and some complicated), I found myself being asked the same question by the son of a 92-year-old patient who I had just finished examining. Mr. Jamison came into the emergency room from a rehab facility with an acutely incarcerated inguinal hernia. He arrived as a documented full code. His small intestine was dying in his lemon-sized indirect hernia sac — and something had to be done or the rest of his body would soon follow. He needed emergent surgery if I could not reduce it at the bedside, and that was a big if. The caveat, and it was a significant one, involved Mr. Jamison’s co-morbidities. Unfortunately, he had recently spent a week in the ICU (at another hospital) after falling and breaking practically every rib in his chest. He was on continuous oxygen and diligently using his accessory muscles just to come close to a normal breath. According to his son, this latest fall was just another acute medical bullet Mr. Jamison had dodged in the last five years (others had included bouts of C. diff colitis, atrial fibrillation, mild dementia, and pneumonia). His son proudly commented on his father’s strong physical and emotional spirit, and the fact he seemed to have nine lives. He had an uncanny ability to recover from whatever pathological insults were directed at him. But despite his resiliency, Mr. Jamison’s son sensed this latest blow might have a different outcome. After I put Mr. Jamison to sleep to repair his hernia, resect the small bowel, and save his life, he might never get off of the ventilator.

Mr. Jamison’s situation encapsulates the human conundrum, the dilemma surgeons are often faced with when called to the ER. Saving a life, especially in the “frail” elderly population, often comes with a later physical cost to the patient — a cost he or she may not be able to pay. And, of course, it also comes with an emotional price, paid directly by the family.

In Mr. Jamison’s case, I could technically get him through this physical black swan event. But what would his future hold once he left my OR? Most likely pneumonia, failure to wean, a future tracheostomy, a feeding tube, C. diff colitis, worsening dementia, and finally, a family meeting.

After I finished giving a lengthy explanation of Mr. Jamison’s options, the risks associated with each, and the potential outcomes, I began to inch toward the phone in anticipation of calling the operating crew in. Without hesitation, Mr. Jamison’s son, a self-educated man in the world of his father’s morbidity and potential mortality, asked me: “If this were your mother, what would you do?”

Without hesitation, I prefaced my answer by saying, “First of all, my mother would not have even come to the ER.”  We both smiled, knowing how strong-minded our elders can get as they age. I continued, “I have been trying to get my mother to have a colonoscopy for the last 20 years, gave up trying five years ago.” He got the point. I continued by directly answering his question. “No, I would not put my 85-year-old mother, in this condition, through an operation knowing what her near-term future would be.”

Mr. Jamison decided against an operation. I did not push the issue. I offered to do my best to reduce the hernia at the bedside, admit Mr. Jamison for observation, and follow whatever path nature took. Mr. Jamison’s son agreed, knowing full well that without operating, reducing the hernia might not gift his father one more life. With some heavy sedation, persistent pressure, and luck, I was able to reduce the majority of the hernia sac contents back into the abdominal cavity. I wasn’t sure it would be enough. Miraculously, over the next several days, Mr. Jamison’s vitals stabilized, his blood work normalized, and his gut started to work. Nature generously allowed him his tenth life. He left the hospital despite a prolonged course complicated by the big three: atrial fibrillation, pneumonia, and recurrent C. diff.

After his follow up appointment at my office, I reflected on several aspects of my interaction with Mr. Jamison and his family. As a surgeon for the last 25 years, I have been constantly humbled, and educated, by the influence I have had on families’ decisions, made in times of crisis. That influence comes with enormous moral responsibility; it has to be respected, open-minded, and never ever compromised by the practice production pressures of the almighty RVU.

Hearing the words, “No, I would not operate if this were my dad,” brought calm to Mr. Jamison’s son in his moment of crisis. The words reassured him that his decision was the correct one, given the circumstances. Mr. Jamison’s case also reminded me of how far I have come, and the valuable education my patients have given me each time I chose not to pick up the scalpel.

Dr. Paul A. Ruggieri is a practicing general surgeon in Massachusetts and author of the book "Confessions of a Surgeon: The Good, the Bad, and the Complicated."