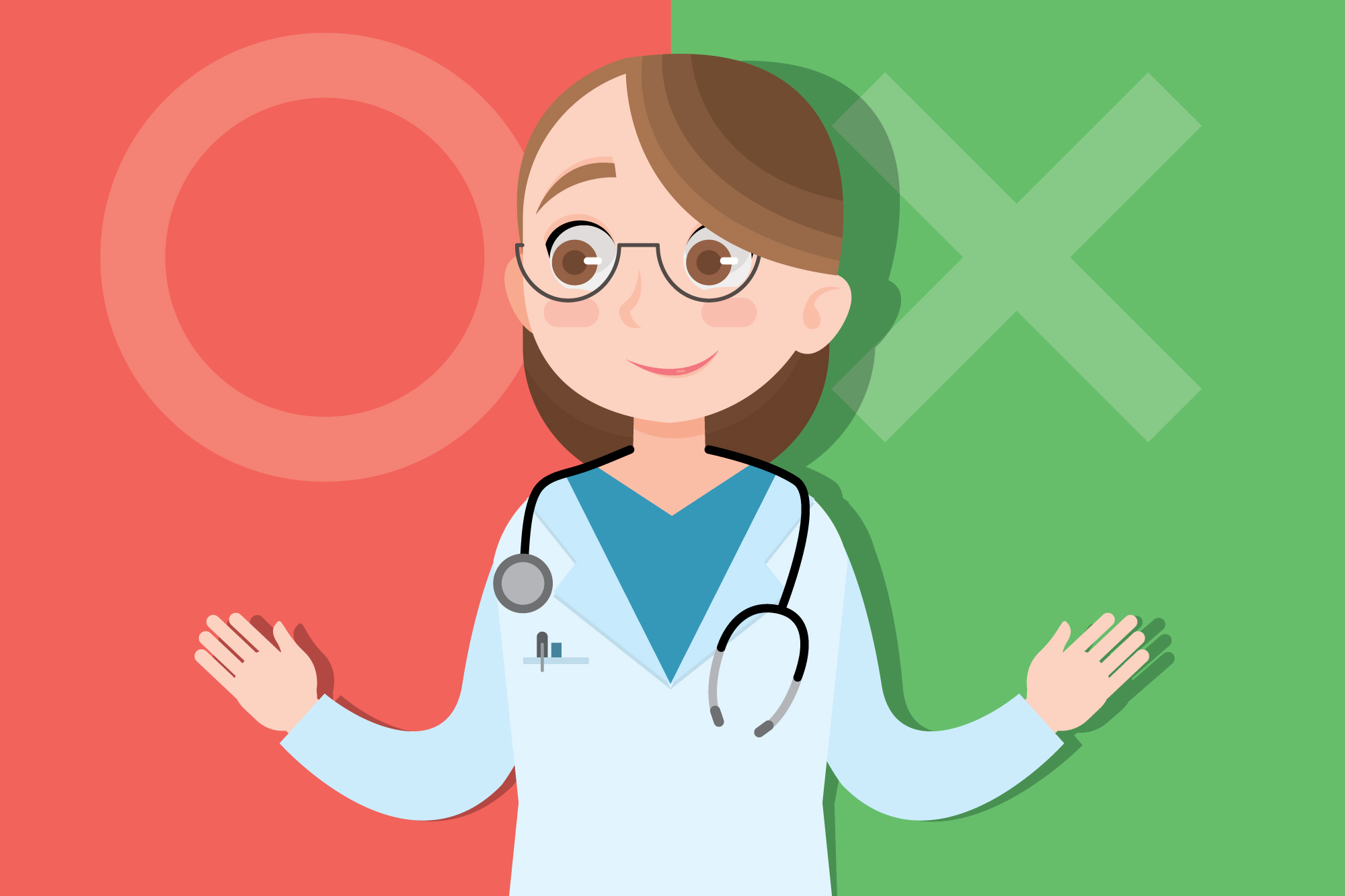 The start of new opportunities is typically celebrated, but what happens when we say no? Who cheers us on as we make a very well thought out decision to decline an open door?

Choosing to say no can be just as significant to our career and life development as saying yes sometimes. Let me share a few times I have turned down opportunities and the rationale that led up to those decisions. This compilation is not quite a curriculum vitae that reveals only wins and it’s not quite a failure resume that documents unsuccessful undertakings. Rather, it is a record of declining undertakings and how they translated into wins.

A few months prior to graduating pediatrics residency, I interviewed with three jobs. I declined two because one was far too busy with only 10-minute sick appointments and the other one required me to rotate taking calls on adult patients, which I thought was outside my scope of practice. I pursued the third job at an urban private practice very seriously — investing a thousand dollars on a contract lawyer and spending my weekends viewing about a hundred homes in the city. (Check out a worksheet and article on how to negotiate a contract and figure out what to ask for.)

My lawyer negotiated with the practice’s lawyer who would then get feedback from the practice owner and then finally loop back to my lawyer who would discuss the owner’s response and next step strategies with me. This back and forth cycled at least a dozen times. Finally, the contract was acceptable to me. The real estate search, however, was not and multilevel city homes were not compatible with my mother-in-law’s knees. To top it all off, condo association fees were too expensive and street parking was not a strength for my husband and me. City living was just not right for us, so after signing the contract at home and staring at it for a few hours, I called the practice owner and let her know I was withdrawing my application.

I sat back and stared at my rotund 39-week belly, relieved that I no longer had to go back and forth about this difficult decision. Saying no ultimately allowed me to spend more time with my newborn and be available when a nearby suburban pediatrics position opened up. Six years and two hospital systems later, I often share how happy I am with my job. I’m working for a children’s hospital at an offsite primary care office that's close to my suburban home, supported by amazing staff and specialists, and refreshed by many employer-sponsored opportunities for career and leadership development.

Buoyed by an amazing team at work and a village of friends and family at home, I had time and energy to explore some personal interests. I looked for opportunities within the state chapter of the American Academy of Pediatrics and joined a program to train family medicine and pediatric offices on obesity prevention and management. I also co-founded a non-profit to support women in medicine through education and community. As our business documents were being assembled, I noticed the Pennsylvania Medical Society’s call for nominations for their Physicians Under 40 Award. I thought that I was heading in a direction deserving of that award, but initially told myself “no, not now.” A year later, I had spoken to a few offices on obesity and was busy planning my non-profit's first conference. Now, I felt I had more actions to qualify and it seemed the award committee agreed.

When I received the award, I was not shy about letting my bosses know about it. If I am to encourage women in medicine to advocate for themselves, what better way than to show how I advocate for myself? After spending many late twilight hours sending emails to reach out to conference speakers, recruit potential sponsors, and market the event, the conference was launched successfully with an intimate gathering of women physicians, nurses, and students, as well as a few men. After it ended, I decided that it was time to advocate for myself. I suddenly realized that if I were to successfully launch myself into an upcoming year-long psychiatry training commitment, then I could not continue my non-profit responsibilities as a board member.

Saying no then was hard, especially to something that I had a hand in creating, but it was a necessary in order to say yes to the many kids who have mental health care concerns. Being more knowledgeable for my patients and their families in a field so often lacking in resources, seeped in stigma, and, so far, I still don’t feel like I have enough time. I am sleeping earlier and longer, so at least that’s a win on my wellness.

While saying no has lead to some wins for me, I would also conclude that saying no leads to wins for others as well. After I said no to the private practice owner, she quickly replaced me with another applicant. After I said no to my non-profit, three very wise, caring, and uplifting women joined the board. When we face our fears and discomforts about saying no, we can let go of an opportunity that someone else may be eagerly waiting for and embrace what we are meant to do. Saying no with intention can take bravery and patience — the same traits that make us much stronger to say yes when a more aligned door opens.

Joannie Yeh, MD is a pediatrician and clinical assistant professor of pediatrics. She blogs at betamomma.com and can be found tweeting from @betamomma. She is a 2018-2019 Doximity Author.