When a Social Justice Warrior Goes to Medical School 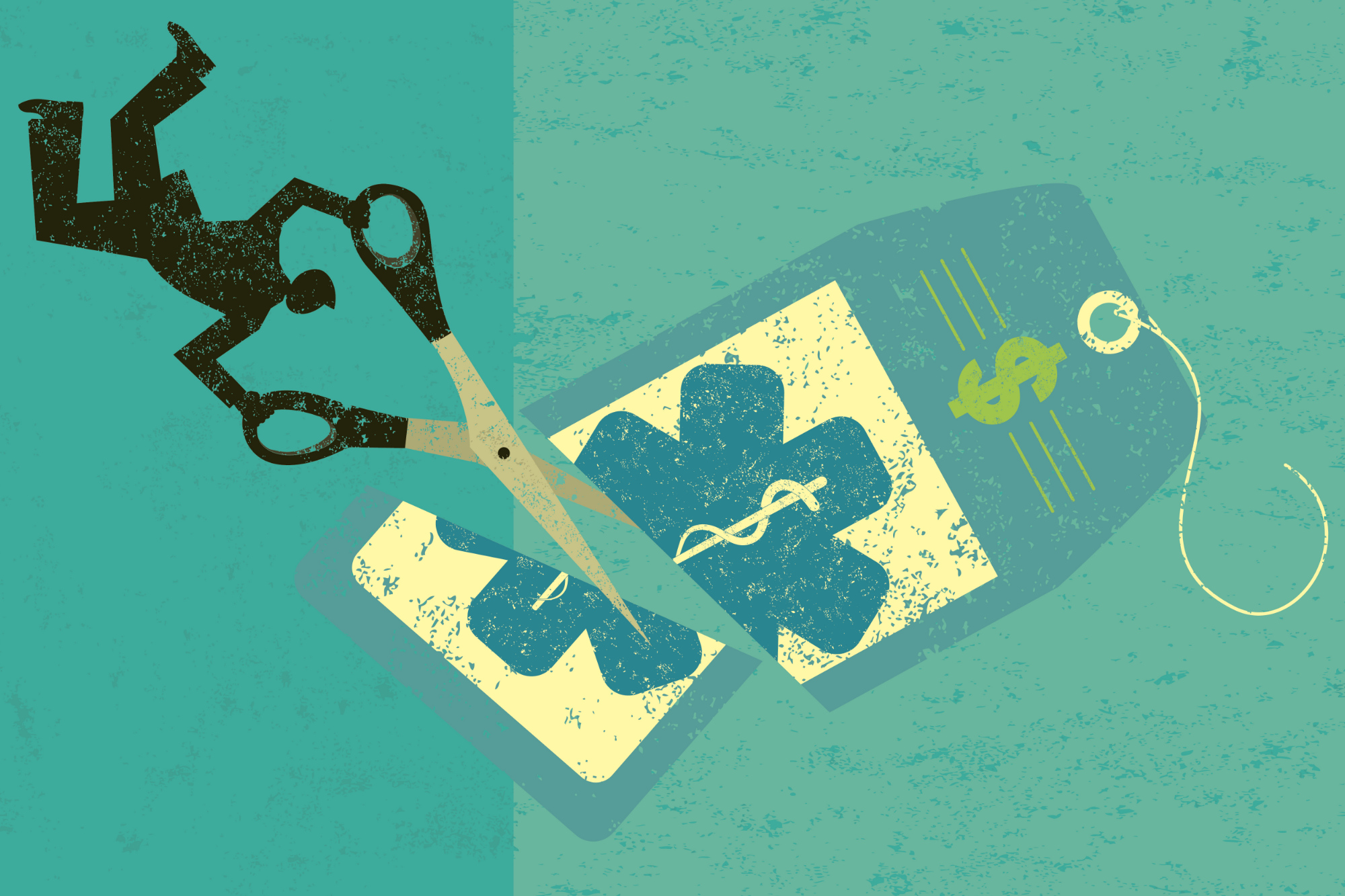 Being a non-traditional medical student has its own special flavor. As dedicated as I am to my studies, I can’t help but apply old knowledge to my new life. For me, that’s economics. And justice. My commitment to justice was a big part of my career transition. Finance and international economics are so entrenched in special interests and consolidated power that making a difference is thwarted at every turn, unless you’re part of the power structure. As a physician-scientist, I have the opportunity to contribute to something so much greater – politics be damned. But when you’ve spent 20 years thinking about power dynamics and injustice, it’s hard to put those thoughts away.

Injustice is everywhere in medicine. I used to think about how companies made millions of dollars while poor people worked for minimum wage, about whether the ever-growing wage gap was really necessary for economic growth and innovation. Now I think about how companies make millions of dollars while poor families declare bankruptcy over medical bills, about being forced into expensive insurance plans that hardly insure. I think about the many barriers to becoming a physician and how our homogenous, too-small corps of doctors can’t possibly meet the needs of a growing and diverse public. And I know the system is rigged. It’s hard to escape the power dynamics at play. Impossible, even.

Unlike many of my social-justice-warrior friends in the nonprofit world, however, I studied economics. And I believe in economics. I’ll never forget an anarchist party I attended during graduate school. I was volunteering weekly at the Freedom Press in Whitechapel at the time. I wanted to learn about U.K. anarchism the same way I had learned about U.S. libertarianism, rooted in a passionate movement.

A singer sat in the makeshift party venue: “. . . they say I don’t know economics, but . . . ,” the song raged. Each “but” was followed by another positive right. People are hungry. People want houses. People need health care. It was infuriating. The singer acted as though these things just fell from the sky. Food is farmed. Houses are built. Health care is developed, taught, and practiced. Farmers, builders, and doctors are not resources to be freely consumed. They are people with rights. Economics allows producers to retain their rights while also providing much needed goods and services.

But now, I look at how economics works in practice and I kind of want to pat the singer on the back. Solidarity, friend, solidarity. Health care in the United States is a particularly outrageous example — and it’s one of only a few sectors where justice is essential. Health care is necessary for life, not just the good life. And it’s broken. It wasn’t one mistake and it wasn’t on purpose, but a mix-match of bad policies have snowballed into a special interest nightmare. Everyone suffers.

Instead of an economy with diverse inputs determining fair prices, doctors dictate themselves the going rate for many procedures, via the Specialty Society Relative Value Scale Update Committee (“RUC”). The RUC is as shady as it gets. To add insult to injury, our insurance paradigm divorces consumers from cost. It creates incentives for health providers to overcharge in the hopes of receiving a fair percentage of their on-the-books fees from insurance companies. The uninsured are often stuck paying full price on bloated figures. If our anti-market antics resulted in a system that made health care more affordable, it might be excusable. But this has not been the result of cartel-based price-setting practices in medicine.

As health care experts have pointed out, price disparities between the U.S. and other developed nations contribute the most to our comparatively expensive system. A 2018 report found that a coronary artery bypass in the U.S. costs $75,345. In Switzerland, it costs $36,509, and it’s $15,742 in the Netherlands. A generalist in the U.S. is paid around $218,000, while other countries pay between $87,000 and $154,00. The gap further widens for specialists. A male specialist in the U.S. makes around $372,000. Male specialists in the U.K. make $149,000. When you add in pharmacy and administration costs, soaring U.S. health care costs begin to make sense.

If the system is this broken, how can it be fixed?

A governmental fix is challenging. The AMA spent $40 million in lobbying leading up to the 2016 election. According to the Center for Responsive Politics, their contributions placed them sixth in the nation out of over 4,000 organizations. They also indirectly contributed to both Democratic and Republican campaigns to the tune of nearly $2 million. The AMA’s spending is not unusual and represents only one example of the mutually beneficial relationships between medical institutions and government. This makes government-initiated change challenging. Former President Obama’s attempt to enact an Independent Payment Advisory Board, for example, was successfully shut down by AMA lobbying.

Private innovation has been more promising. In 2017, Time reported on a cash-only surgery practice in Oklahoma. The savings were so great, and the boom of cash-only doctors so overwhelming, that the Oklahoma state public employees’ insurance fund will now foot the whole bill if their members use more affordable cash options. Yep, no deductible and no copay. It is an interesting example of how insurance and health providers might work together. In this paradigm, providers take the lead and insurers reimburse cash-based medicine without imposing the same rules, regulations, and administrative negotiations that add to hospital expenses. Tech companies have also gotten involved, helping consumers navigate cash-based medical services. Affordable Scan, The Wedge, and Pricing Healthcare allow patients to search for cash-based providers and compare prices. In some cases, the full price in cash is lower than the copay with insurance.

But cash-based medicine does have its limitations. The model works best for basic appointments and common procedures. Procedures requiring expensive machines and technology generally require large hospitals. Long-term cancer care isn’t going to be affordable no matter how you cut it. There are also people who can’t afford any health care, even if it’s made more affordable. Though these issues need to be addressed, there’s a role for cash-based medicine. In my own life, even with a young family, primary care is what we need most. When I was young and single, I paid a minimal fee for catastrophic health care. Today, I pay over $400 per month, in addition to a $40 copay for every visit. I still received a surprise bill when my daughter was born. And I have a Cadillac plan.

Cash-care plus catastrophic insurance might minimize costs and displace much of our broken system — but this kind of innovative shift is impossible under Obamacare. So-called “catastrophic” plans currently have the same minimum insurance requirements as other plans. In defense of Obamacare, it is challenging to devise a system that allows for innovation and efficient marketplace competition, while also ensuring that vulnerable populations and those with pre-existing conditions are able to access health care.

Finding an appropriate balance between protection and innovation is a formidable task. I understand the urge to turn away from economic markets that can feel impersonal and unforgiving. Sometimes, even I hate economics. I hate that basketball players and movie stars are paid so much when they contribute so little. But then I check myself. The beauty of economics is that no one person defines value. Every dollar has a vote. I don’t get to unilaterally dictate that entertainment professionals are less valuable than other professionals. Every person who contributes to the economy and makes money gets to vote, several times over, with the money they are willing to spend on entertainment over other goods and services.

It gets trickier with a good like health care. I would be willing to pay any price, working it off my whole life if necessary, for the privilege of being alive. I suspect few people feel this way about entertainment. Does that mean that health care needs protection? Perhaps. Pragmatically, though, it doesn’t matter if you think it needs protection or not. Our attempts at protection have failed. A move towards free-market competition and a green light for innovative solutions is the best protection we have. Now if only I could convince my social-justice-warrior friends to give real economics a shot.