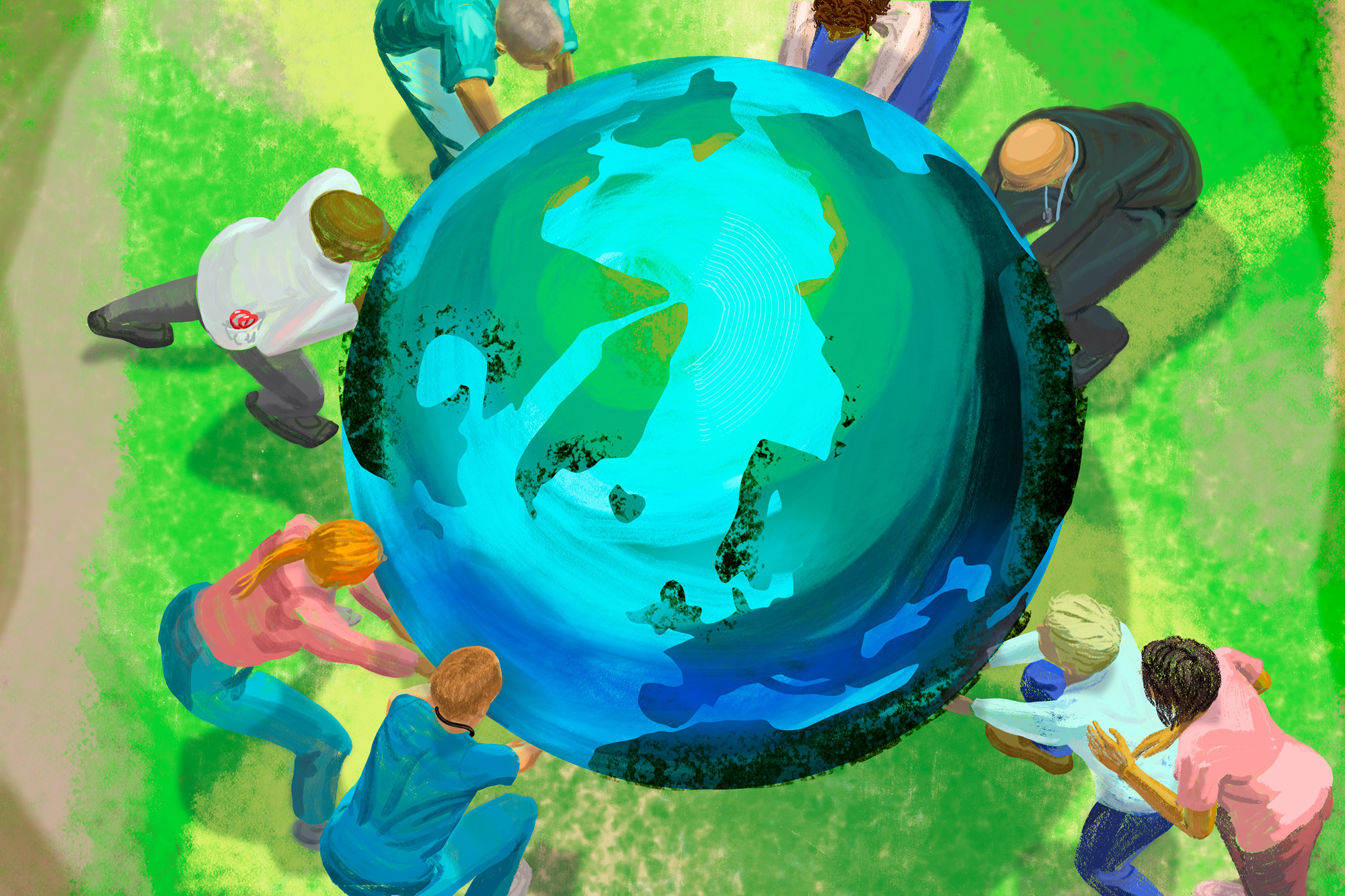 Many clinicians seem to participate in humanitarian efforts overseas. It’s hard to say exactly how many, but research has shown that interest and motivation for overseas humanitarian efforts is increasing. Medical organizations, like AMSSM, AAFP, and ACS, even have specific sections on their websites providing clinicians with information on overseas volunteer opportunities. Dox Foundation has also provided financial support for hundreds of clinicians who do go overseas.

However, for some of these clinicians, going on short-term medical mission trips is not enough. They have an itch to do more — to consistently and constantly help others and support many global sustainability goals. Doximity was able to learn and gain some perspective on starting, growing, and sustaining international nonprofit organizations from three clinicians with an infectious passion for their humanitarian causes.

Mayanza: On Starting an International Non-profit

Mayanza is an international nonprofit in Guatemala focusing on improving the health of school children through health screenings and education. Jamie Smith, PA had participated in a few short-term medical mission trips to Guatemala, but never felt completely satisfied with what she was doing on those trips. “It struck me that [what we were doing] didn't have what my romantic mind envisioned. I felt like I wasn't making a huge impact,” PA Smith reflected. And the thought of contributing to the community in a more sustainable way continued to linger. “[I had an] emotional attachment to the community and [started to] recognize that their needs are what made me want to [create] more sustainable commitments [to the community].”

Smith decided to start Mayanza as a public health organization rather than a medical care facility/clinic because she was looking to reach communities and families from a preventive medicine perspective. Additionally, “[although there's clearly a need for medical care and people do [start clinics…,] Guatemala doesn't recognize PAs,” Smith stated.

Smith revealed that starting a nonprofit in-country is challenging as there are many logistical issues that make it difficult. Instead, PA Smith describes Mayanza in Guatemala as a “satellite office to our main U.S. office. [Guatemala is] not the place to necessarily be looking for funding. So to have [Mayanza] established in the U.S., to be vetted for many donors in the U.S., we needed to be a U.S. nonprofit.” Though it is established as a U.S. nonprofit, PA Smith has been building a relationship with the local ministry of health to support their clinic which has been poorly funded and supported. “I think it is an important partnership [for expanding our work]. And so I think eventually collecting data and working with the ministry of health to get things published is kind of the direction that I see things going.”

Operation International: On Growing the Organization

Dr. Allam realized very early on that he couldn’t financially support the work unless they opened more chapters, had more teams, and had donors. Dr. Allam’s thought was, “if me and four other guys can help 50 people; imagine a hundred helping 5,000 people.”

That work has paid off. Operation International has been building their own bases in multiple countries. Teams can then circulate through them, using the bases when they decide they are planning a particular series of trips. Having physical locations allows team members to visit new sites and new countries. “[This is] so it's not repetitive or fatiguing and [skills are] used,” Dr. Allam says. “There's something exciting about [seeing new places], but at the same time, there is continuation of work [for that community].

Saving Mothers: On Sustainability of the Organization

Saving Mothers is a U.S. nonprofit organization whose mission is to “eradicate preventable maternal deaths and birth related complications in low resource settings.” They currently serve communities in Guatemala, Kenya, Dominican Republic, Uganda, and New York City. Jessica Oliveira, PA, DMSc, MSPA developed and founded the School of PowHer program of Saving Mothers at the Guatemala location 10 years ago. The School of PowHer was created “to empower comadronas (similar to doulas and midwives) to continue to serve as important leaders in their community while providing them with additional medical background for safe pregnancies and deliveries” (vision statement).

PA Oliveira first became involved with Saving Mothers in 2009, working with the founder and ob/gyn, Taraneh Shirazian, MD, at Mount Sinai Hospital in New York. She started volunteering in Guatemala to help with Spanish translation. Eventually she was going every three months on her own to get a better understanding of what was needed. She wanted to learn how Saving Mothers could do more.

To gain that understanding, Oliveira dove deeper into their current local partnership, which was “still a very immature relationship and probably not the best to build our foundation with,” she reflected. When that became evident, Oliveira started pursuing contacts within the local government, as it was the only source of free health care for this community. While building these relationships, Oliveira gained access to additional partners and learned which ones were dedicated to teamwork. These community partners were able to help guide Saving Mothers to realize their vision.

Oliveira helped form the local board of directors for the Guatemala chapter. She recruited people she worked with locally that shared the same vision and would invest in projects. She was the only non-local person on the board. They were able to raise enough funds to hire local women, and now have a local staff of 11 people.

Oliveira quickly recognized the differences in language and culture when starting the School of PowHer. Initially no one responded to her recruitment efforts. Why? She learned midwives believe that they’ve already learned their trade and thus don’t attend school. Additionally, the community elders believed that you have to be chosen by God to do certain things like midwifery, and they had a hard time accepting the idea a school could create midwives. “I needed to change my messaging, and I needed to understand more about the culture that I was trying to influence,” Oliveira said. “I'm not trying to change their practice, I'm trying to enhance their work.”

PA Smith provided this sage advice: “Have a clear vision of what you want to do. And then see if it's already being done. If you have a vision that aligns with someone else's vision, you could, instead of spending your energy creating the organization, use it for the work to be done. So my suggestion would be to really investigate. Is it already being done? Can I be a resource to that organization, and potentially learn from them?”

Dr. Allam had similar sentiments, and added, “You have to have the ability to foresee problems before they happen, because sometimes they can be detrimental to people's security.... But live your dream. Go try to do it if that's what you want to do. But maybe once, or twice, or three times with other groups before you decide to [commit long term]. Because it's almost a world of no return. Once you start, finish it. Be there to support it yourself.”

Finally, PA Oliviera emphasized partnership, and avoiding the temptation to see yourself as a foreign savior: “I think it's really important to attach yourself to a respected local person, working in whatever it is you're doing. You need to start that relationship. And then you need to nurture that relationship, and your relationship with the community. Before you can create anything, [you need] to build trust.”

What has been your motivation for starting an international nonprofit?