I’m an ER clinician. It’s not an easy job. It's not glamorous either. At least not as glamorous as my mother-in-law used to think.

Years ago, when I first declared I was going to be an ER clinician, she looked at me askance. She didn’t ask why nor what I knew about it. She looked at me with her wise eyes. “Let me tell you about ER,” she said. “I know all about it. I watched every show.”

She was politely dismissive and actively unimpressed. I wondered why. She must have been worried about the ER staff having sex in the closets. Or maybe she didn’t think that my hair or my style could stand up to the job.

She was right. Not about the sex — I don’t know how the folks on television and in movies find the time. Or how they find the interest. I still struggle to find time to pee. And in the closets? Really? Who gets turned on by a dirty mop and the perfume of bleach? She was right about the hair. Even now, my hair is still not worth mentioning. As for my style — what style?

Years later, I've gotten used to people questioning my career choice and asking me when I’m going to finally specialize. My best friend, a computer maven, asked me why I choose to work triage. Can’t a nurse do it? Shouldn’t you be treating people? I tried to explain. She nodded and changed the subject. I got even by questioning her choice of husbands. Years later, we’re still friends. I still have my job, but she disposed of her husband. Advantage home.

Every once in a while, somebody asks me the question that always catches me off-guard. They're usually somebody with an above-average IQ and below-average self-centeredness trying to understand how the world works. It’s usually a medical student or a retired psychologist who has lived long enough to get beyond being the center of the universe.

“What’s the hardest thing about your job?”

That’s a hard question. I stumble. I mumble. I try to come up with something intelligent to say. I fail. They see my discomfiture and try to help me.

“Is it being a foreigner? You have an accent. Since 'immigration' is a dirty word, is that the hardest part of your job?”

No. It used to be hard when people would spend their last hard-fought breath to find out where I came from as if it mattered. Romania, I said. That ended the conversation. It was awkward, so I stopped telling them. If they insist, I tell them Beekmantown. My nurses love it. They cannot wait to get in on the game. If they really insist, I tell them I’m from Transylvania. They think I’m kidding. I’m really not, but we laugh and get back to what matters: the reason why they are in the ER. Once only, a patient with dilaudid deficiency was unhappy with my care and asked for a doctor who could speak English. I think she meant American since my English really isn’t that bad.

“Is it being a woman? Dealing with the glass ceiling?” they ask.

Not really. It’s still frustrating when your patients call you nurse, after you have introduced yourself as their doctor, but that’s not hard. I didn’t suffer much from the glass ceiling, but maybe I didn’t aim high enough. Maybe a perk of age? By the time I was a doctor, I was past maternity leave or breastfeeding breaks. Dealing with angry surgeons is easier than dealing with macho men in Communist Romania (and surgeons seldom win the argument).

“Is it the abuse you get? Is it people swearing at you, throwing feces at you, keying your car, and threatening to rape your daughter? Is that the hardest part?"

No. Fortunately, I don’t have a daughter. These days, I don’t even own a car. I have gotten used to swearing and being called offensive words. I don’t like the feces or the spit, nor being bitten or kicked, but I use equipment for protection. I stay out of the fray. When everything else fails, suxamethonium chloride works. I have yet to see somebody spitting at me with a plastic tube in their throat. I can fix that.

“Is it people dying?” they ask.

No, it’s not, even though every time someone dies on my watch it is a defeat. Even when there was nothing I could do. Even if it was their time to die. I feel inadequate and powerless. I always wonder if a better, faster, smarter doctor could have kept them alive. I agonize about it for weeks, looking for that one thing I could have done to save them. Dealing with death is never fun. But that’s not the hardest part of my job.

“Is it telling families that their loved one died?”

No. It’s never easy, even if they lived to be 110, but I know it’s part of the job. I’ve done it plenty. I try to make it easy on them. Before meeting them, I wash my hands free of their loved one’s blood. I borrow a clean coat, even if I have to cover somebody else’s name with my badge. I will sometimes lie to the family members, pretending it didn’t hurt them and it didn’t hurt me. I try my best to be creative and find some hope, goodness, or solace to make sense of it.

Is it the human tragedy? Drunk drivers? Sexual assaults? Children with broken bones and cigarette burns on their bellies? Is any one of these things the hardest part?

No, these are things I can do something about. I try to make them better. I try to heal, advocate, and educate. I do my best to prevent other tragedies from happening. I can try to make a difference.

Making choices, I mumble. Choosing winners and losers when I don’t know who should win and who should lose. Every shift I make decisions with limited information, limited resources, and limited time. Decisions that mean life or death.

Some are big: Do I scan this back pain, look for a dissection, and possibly destroy his kidneys? Or do I send him home to maybe die?

Some are small: Should I first discharge room nine, who’s desperate to get her kid off the bus, or see the chest pain in room three, which may or may not be a heart attack?

Some I don’t even know: This desperate woman is here, the third time this week, for her abdominal pain. Is she a drug seeker or actually sick and everybody missed her diagnosis? Am I about to do the same? Should I scan her again? Irradiate her and spend thousands of dollars from the overblown national budget on her third workup? Or should I have security escort her out?

This smiling infant with a bruise on her neck — is she an adventurous explorer or an abused child that I’m about to send home to die? Should I start a workup, call CPS, and forever destroy peace for this family? Or should I trust her sobbing mother who tells me her daughter stumbled and fell on a toy and send them home?

Nothing ever happens in isolation, of course. They all come at the same time: the chest pain, the sick baby, the fire drill, the EMS call, the code, the radiologist telling me that the confused little lady has a brain bleed, and the administrator barking at me for being behind on my charts.

I’m always guilty because I can’t do it all. Not at the same time. Not me. But maybe a better, faster, smarter doctor could.

The hardest part of my job is the guilt that I never, ever, do everything I should. Never well enough, never fast enough, and never perfect.

Rada Jones, MD, MBA, FACEP is an emergency medicine physician in Upstate New York, where winters are long, people are sturdy, and geese speak French. She lives with her husband, Steve, and Paxil, his deaf, black cat. Her ER novel OVERDOSE, a psychological thriller in which many people die in exciting ways and the good guys drink like fishes, is available on Amazon.

The First Heroin Overdose in my Hometown

Why Knowing Perfection Isn't Possible Will Make You Even Better 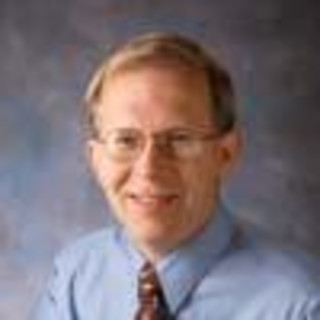 The Experience That Showed Me My Own Mortality