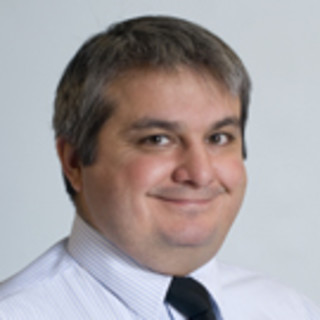 Someone in the U.S. experiences a stroke every 40 seconds and cerebrovascular disease accounts for 1 of 20 deaths in this country.

Despite secular trends in mortality from ischemic strokes, intracerebral hemorrhages continue to be the deadliest condition among common medical emergencies.

Overall, strokes have become the leading cause of long-term disability in the U.S.

Such daunting statistics explain the importance of prevention, acute treatment and rehabilitation efforts to fight stroke in the U.S. and worldwide. At the International Stroke Conference (ISC) held in Los Angeles (Jan. 24–26), 2018, these topics were discussed in detail.

Treatment of acute stroke attracts the highest level of attention in stroke meetings because of the severity of the acute presentation and commonly dismal outcomes. The time-dependence of the few specific treatments available add to the complexity of the situation: For ischemic stroke, intravenous alteplase was approved by FDA in 1996 to be used within the first 3 hours of onset, in a hope to improve clinical outcomes through improved perfusion of brain tissue at risk of permanent ischemic damage. The time-window was later extended to 4.5 hours based on relevant meta-analyses and a randomized controlled trial that showed benefits of alteplase in a select patient population within 3 to 4.5 hours of stroke onset. Intravenous alteplase is now a well-established treatment for acute ischemic stroke but a relatively small fraction of patients benefit because of the short timeframe for use, strict inclusion/exclusion criteria, and the relatively poor response in patients who have a large vessel occlusion. The latter, persistence of the occlusion of a major intracranial artery, is an important marker of poor outcomes in acute ischemic stroke due to the large volume of brain tissue infarcted, as compared to more distal occlusions. Recanalization of such occlusions through catheter based interventions that use local delivery of thrombolytic agents, mechanical manipulation of the thrombus or a combination of both approaches have been tried in select patients with anecdotal reports of success for decades.

Randomized studies that used these approaches have shown either no success or clinically non-significant improvements up until recently. Since 2015, the tiny, cage-like stent retrievers have revolutionized the field by allowing prompt removal of clots from large vessels that block blood flow in the brain. This procedure was able to reopen the blocked artery in 80–90% of the time within the first 6 hours based on SWIFT PRIME study. This trial and others such as MR CLEAN, EXTEND-IA, and REVASCAT also showed a clear clinical benefit from endovascular intervention within the first 6 hours in terms of higher chance of functional independence in select patients. ESCAPE suggested that select patients might also benefit up to 12 hours after ischemic stroke onset. Stroke guidelines were updated in light of these ground-breaking studies and eligible patients started to get these new treatments as part of routine clinical care. The relatively narrow time window (6 hours for most) was still prohibitive of their widespread use.

New data presented at ISC support the use of endovascular thrombectomy for up to 24 hours after ischemic stroke onset in carefully selected patients. DEFUSE 3 study, for instance, enrolled patients presenting within 6–16 hours found to have an intracranial blood vessel cutoff, completed infarct volume of less than 70ml, and ischemia/infarct ratio of 1.8 or greater. Endovascular therapy performed with any of the available FDA-approved devices prevented disability in almost 50% of qualifying patients. Another recent study, the DAWN trial showed that carefully selected patients with a disproportionately severe clinical deficit compared to the size of the infarct on imaging might benefit from recanalization of the intracranial carotid artery segments up to 24 hours after stroke onset. New data from this study presented at ISC show that the stent retriever recanalization in the extended 6–24-hour time window would cut 90-day disability by 50% and contribute to functional independence in over a third of patients.

Based on these and other advances in acute management, the American Heart/Stroke Association’s “2018 Guidelines for the Early Management of Patients with Acute Ischemic Stroke” were prepared and presented at the ISC. The major update is the extended time-window for acute phase endovascular interventions but the 344 pages document contains many updates from pre-hospital management to initiation of secondary stroke prevention measures within the first 2 weeks after a stroke. As always, the guidelines are available to healthcare providers online.

Stroke prevention was another focus of the meeting. COMPASS study was conducted in 27,395 patients with coronary or peripheral artery diseases to compare cardiovascular outcomes in patients using the low dose rivaroxaban with or without aspirin versus aspirin only, the current standard of care in patients without concomitant atrial fibrillation. Regimens including rivaroxaban decreased the ischemic stroke risk in follow up significantly while hemorrhagic stroke risk was higher with rivaroxaban when compared to aspirin only. The number needed to treat with the combination of rivaroxaban 2.5mg BID and aspirin was 37 for major effect on secondary prevention. It should be noted that patients with history of not only prior intracranial hemorrhage but also symptomatic lacunar infarcts were excluded from this study because of higher brain bleeding risk, an important issue to remember before extrapolating from these results to different clinical populations. Long-term use of implantable loop recorders (ILR) is a very sensitive method to detect paroxysmal atrial fibrillation in patients who had a “cryptogenic” non-lacunar brain infarct. Some data on patent foramen ovale as a potential cause of ischemic strokes were discussed but other FDA-approved interventional approaches rapidly gaining popularity such as left atrial appendage closure for stroke prevention in non-valvular atrial fibrillation patients at high hemorrhagic risk were not included. A well-planned session on “Brain Health” highlighted the importance of prevention of vascular events in order to preserve brain health especially in the aging population. Data presented during this meeting and many good quality scientific publications clearly show that vascular risk factors and unhealthy life habits start to damage brain tissue at a young age, culminating in cognitive and mobility problems in middle-to-older ages. In that sense, the importance of targeting not only baby boomers but also millennials, using unconventional means such as social media were emphasized. Furthering these discussions and including even more sessions on prevention to future meetings will be crucial as both ischemic and hemorrhagic types of acute strokes still have poor outcomes. Prevention is key to decrease stroke-related mortality/morbidity as well as the resultant cognitive and motor impairments.