What NASA Can Teach Health Care About Healthy Critiquing 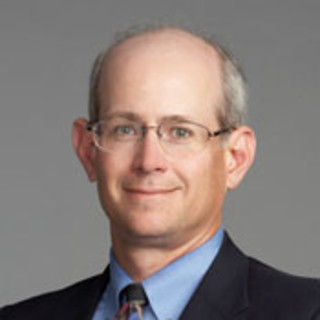 Michael R. Sterling, Johnson Space Center, National Aeronautics and Space Administration, Houston, Texas, delivered a thought-provoking presentation at the annual Neonatal Resuscitation Program (NRP) Seminar regarding how a culture of critique facilitates a culture of safety. Mike provides management and direction for the Astronaut Office, Flight Director Office, Flight Operations Safety Office and Vehicle Integration and Test Office and has worked at NASA for more than 35 years. His presentation, "Mission Complete: Thoughts on Space Shuttle Training" was an insightful and very personal look at how the culture at NASA allows human beings to do very risky things safely.

While one tends to think about tremendous technology when describing NASA, Mike's presentation focused instead on the human aspects of space flight. And he did not shy away from discussing what happens when a culture fails and human beings die, and the very painful lessons learned from the loss of the crews of Challenger and Columbia. He provided many pearls of wisdom regarding the use of simulation and debriefing and their role in promoting safety, emphasizing the need for objective assessment at all stages of training. It was an extremely valuable and well-received presentation, and thanks go out to Mike and to NASA for sharing their expertise with the health care profession. The following are some of the thoughts that I took away from Mike's session, along with my personal editorial commentary.

The culture of critique at NASA pervades everything that they do and is one of their keys to safety. Critique is a detailed dispassionate analysis of performance whose goal is to allow the individual or team to achieve optimal performance. It can be argued that self-critique is the most effective means of improving human performance, as reflecting on one's performance and determining how to improve that performance is a habit that benefits everyone. It is important to note that critique is NOT criticism; criticism is an expression of disapproval based on perceived (not necessarily actual) faults/weaknesses that tend to put the recipient on the defensive and impairs learning. I would argue that this differentiation is not appreciated by many in health care, and that leads to our collective unwillingness to solicit and accept critique on a routine basis. Critique is another name for feedback. Feedback is objective. It is very important to remember that feedback is neither positive nor negative - it is only accurate or inaccurate. In a healthy culture, everyone (including the most experienced individuals) actively seeks feedback from colleagues, understanding that such input will help achieve optimal performance.

Unfortunately, feedback is problematic in health care (my observation, not Mike's). Our culture is not generally conducive to offering or receiving detailed dispassionate analysis of performance. Rather it seems that we tend to attempt to make an individual or a team "feel good" by trying to provide accurate (often viewed as "negative") feedback between layers of inaccurate (viewed as "positive") feedback. I would argue that this is ill-informed at best, dishonest and misleading at worst, and could be interpreted as insulting by those receiving it. I don't know of any high-performing individual or team in a healthy culture that is happy about suboptimal performance. While there is never a reason to be harshly critical of individual or team performance, it similarly should not be necessary to couch honest, objective critique in between compliments that are not based in fact.

Mike provided many examples of how simulation-based training enabled astronaut crews to perform at a high level and overcome potentially life-threatening problems. The use of simulation and debriefing, if done well, has tremendous potential to revolutionize health care. Research in cognitive psychology indicates that when learning is harder and is reinforced by repeated assessments, it is stronger and it lasts longer; that is a key point, because a simulator is essentially a series of tests. For those of us health care professionals who hold patient lives in our hands, the focus should be on making our performance better, not making us feel better.

It's interesting that about every five to ten years "a new generation" is proclaimed, and each new generation is proclaimed to have a new way of learning (I believe that the latest is Generation Z…). The idea that one learns better when information is delivered in a manner that fits one's preferred learning style is not evidence-based. Most industries where the risk to human life is high do not attempt to utilize multiple different training strategies for each generation of employee (health care seems to be an exception). Rather, those industries know what it takes to save lives, and their expectation is that the professionals working within their industry will adapt to the safety culture (including the training culture) of that industry. We would do well to emulate the approach that NASA takes in training their teams of astronauts and flight controllers to complete their mission successfully and come back alive.

Louis Patrick Halamek, M.D., F.A.A.P. is the director of the Center for Advanced Pediatric and Perinatal Education, the director of Neonatal Resuscitation and Attending Neonatologist, Packard Children's Hospital, and a professor.