Vulnerability as a Superpower

Last year, I had to renew my state medical license, a routine task. I completed the requisite online forms, paid the fees, clicked “submit,” and didn’t think about it again.

Until the renewal didn’t come.

As the deadline loomed nearer, and after several unreturned emails and phone calls, I finally reached a live person, who put me on hold while she accessed my file. After several minutes, she came back on, a strange accusatory note in her tone. “This says here you’re on leave.”

“Yes, that’s right.” I had filled out the appropriate field in the form to explain this.

Her voice became scornful. “Well, are you on leave for a medical problem?”

My heart pounded. I didn’t know. Was physician burnout considered a medical problem? After all, I’d recently heard that an ICD-10 diagnostic code had been created for it.

A short time after this, I came across Adam B. Hill, MD’s memoir, "Long Walk Out of the Woods: A Physician’s Story of Addiction, Depression, Hope, and Recovery."

A brutally and breathtakingly honest recounting of his journey from a near-suicide attempt to being a now-recovered and healthy father, husband, and physician, there are many reasons for physicians to read this book — from his descriptions of the academic pressures of medical school to the struggles with suffering in his early clinical years. But what resonated most with me was Dr. Hill’s argument that medicine punishes those of our own who ask for help, and a call to action to change this.

With unflinching detail, Dr. Hill recounts the entwined spiral of depression and addiction, culminating in a walk into the woods with a plan to end his life. By grace, a phone call from his wife stopped him. But — he is sure to tell us — it was no “Hollywood ending.”

“The truth is that I crawled out of the woods on my hands and knees, through mud puddles of personal misery ... This is where the long journey into recovery began — the journey to reclaim my soul, my identity, my purpose, and my meaning, and to find a way to grow into the person I always wanted to be.”

He voluntarily discloses his condition and treatment to his employer, upon which he’s mandated to enroll in a professional assistance program for physicians. His primary care doctor, however, questions whether he “really wants to do this.” Dr. Hill realizes this means, “Are you sure you want help for these conditions, which may mean publicly disclosing your treatment to a medical society that will shame you for it?”

He checks the “yes” boxes on all regulatory forms. “Yes, I have a history of alcoholism. Yes, I have been in mental health treatment. Yes, I have been on medications for depression. Ironically, yes, I am alive to check these boxes at all.”

But, he tells us, these forms and questions deter people from seeking help, and “the ongoing suicide epidemic in medicine suggests that these questions contribute to the deaths of medical professionals every single day.”

After a return to academics, one of his more thought-provoking observations is when he compares his recovery to that of a colleague with a physical illness who continued working until near-collapse — who then boasted about returning to work only four days post-op. He observes, “Doctors often pride themselves on having a workaholic carelessness for their own health … Her wounds were visible, mine were more difficult to see, but in the same attempt at self-preservation, we both projected a bravado to show that we could still work while we were sick. Inside, though, we were both terrified of being singled out for our perceived weaknesses, worried the rest of the pack would decide to leave us behind.”

Afterward, he reflects on the fact that physicians are not required to publicly disclose physical health conditions nor subject themselves to ongoing monitoring to assess their ability to physically handle the duties of employment. In contrast, he, for his mental health condition, did.

It is after the death by suicide of a colleague that he decides to speak out and tell his story — to help counteract the stigma and public shaming that prevents physicians from seeking help for their mental health. “I connected my story to the dark unspoken truths of our profession. I needed to call out the secrecy and the broken systems that deter good people from getting the help they need and deserve.” Another way he challenges us to combat stigma is to normalize the conversation around seeking treatment, and make counseling opt-out for everyone in medical training.

The last part of the book is an exploration of self-compassion and empathy. This particularly resonated with me as, after my burnout, it took a life coach to help me recognize the unhealthy triad of perfectionism, desire for external validation, and lack of self-compassion that had defined my life since medical school.

We in medicine can combat the stigma and false perception that any display of vulnerability makes us weak by speaking out and normalizing the conversation around seeking treatment. Because, as Dr. Hill writes, “Vulnerability in an atmosphere of authenticity displays true strength.”

Maybe then we could remove the regulatory checkboxes requiring physicians to disclose mental health treatment as if it’s something to be ashamed of and punished for — instead of something to be normalized and supported as much as would be going to the catheterization lab for chest pain and ST elevations.

As Dr. Hill teaches us, “In embracing the art of empathy, medicine has an extraordinary opportunity to heal. Because when it is all said and done, medicine heals when one person dedicates their time to earnestly listen to another person’s story.”

That day on the phone for me, the interaction triggered an instinct to stay silent for self-preservation, to not be singled out from the pack. From her tone, it was clear that being on leave for a medical problem would be considered something damaging and shameful. I accepted it rather than questioning it because it was consistent with all the messages — explicit and implicit — I’d received in my training and career.

But one day, I decided to go against that instinct, to instead allow vulnerability. I started talking about my burnout and the steps I’ve taken to heal from it. And a funny thing happened: the shame went away.

If you or someone you know is in need of resources, please visit National Suicide Prevention Lifeline or FightBurnout.org.

Jennifer Lycette, MD, is a medical oncologist in rural community practice on the North Oregon Coast. Her perspective essays have been published in NEJM, JAMA, JCO and more. Dr. Lycette was a 2018–2019 Doximity Author, a 2019–2020 Doximity Op-Med Fellow, and continues as a 2020–2021 Doximity Op-Med Fellow. You can find more of her writing at on her website, and follow her on Twitter @JL_Lycette. Opinions are her own.

Read Should Psychiatrists Have Mental Health Oversight for Politicians?

Should Psychiatrists Have Mental Health Oversight for Politicians?

Sep 22, 2018 Link to Should Psychiatrists Have Mental Health Oversight for Politicians?

Read Years Later, Primary Care as Gratifying as Day One 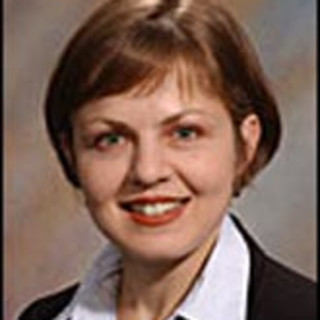 Years Later, Primary Care as Gratifying as Day One

Jun 12, 2018 Link to Years Later, Primary Care as Gratifying as Day One